OBITUARY: Danny Ives ‘Loved the Good in All People, Lived Life to the Fullest’

For Daniel’s friends and loved ones unable to attend his Funeral Mass in person, we will be making it possible to attend online via livestream at: https://youtu.be/8peKPQEO2Yk 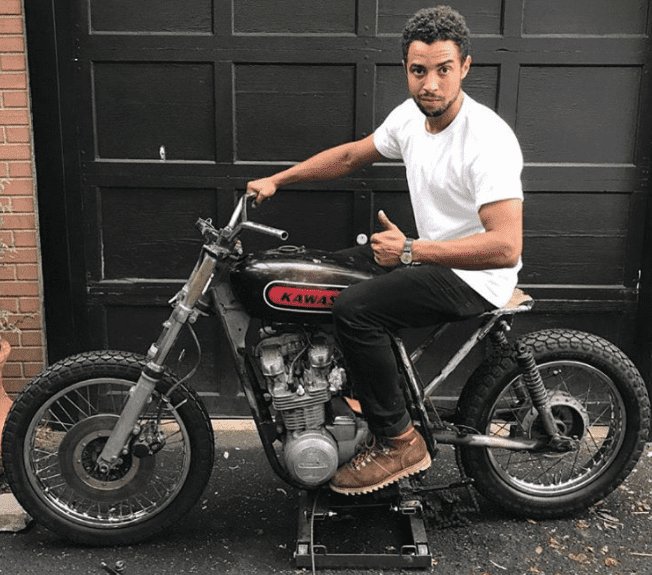 Daniel Appleton Ives, bicycle enthusiast, self-taught motorcycle wizard, environmental and social justice activist, community idol, affectionate son and brother, passed away suddenly at the age of 27 after a tragic accident on September 5, 2020. He loved the good in all people and lived life to the fullest.

Danny was born on December 2, 1992 in Brooklyn, New York. Shortly after he learned to walk, Danny turned a tiny plastic PlaySchool bicycle for toddlers into a smooth ride by demanding insistently that its training wheels be taken off. Once they were with reluctance removed, his easy circling around the house and darting down the hallway on a two-wheeler proved his propensity for biking and ignited a lifelong passion. Before long, Danny could be seen effortlessly gliding along all the sometimes treacherous trails of Prospect Park attracting the attention of many awestricken onlookers surprised by the skill of this remarkably graceful young child.

Danny moved to Maplewood with his family when he was seven years old. Within that year, he started making plyboard ramps and jumps in the driveway as his parents and sisters looked on with amazement and pride. He practiced his hops, grinds, bar-spins, and tail whips while continuing to master building and rebuilding lightweight, efficient bicycles, oftentimes from abandoned parts found in curbside household refuse around the neighborhood. By his mid-teens, Danny became a regular at both Maplewood skateparks, around the state, and in NYC joining the burgeoning community of BMX bikers of all ages.

At Maplewood Middle School, at the beckoning of his school principal, Danny wrote a heartfelt letter to producers for Nick News Adventures and was consequently selected from a large pool of candidates to go to Thailand with Linda Ellerbee and five other teens from around the country. Danny became part of a cast of fourteen-year-olds that spent two weeks with a television crew living at an elephant sanctuary in Chang Mai. While there, he befriended an elephant named Poonmi, rode with her through the jungle, bathed her in muddy ponds and fed her sugarcane, and took overall care of her. This generated Danny’s lifelong love for elephants. Danny and his friends’ adventures were featured in a Nickelodeon news article titled “If I Could Talk to the Elephants.”

When Danny graduated from Columbia High School in 2011, he followed his passion building bikes and creating a bike shop that would become and integral part of his community. Combined with robotic studies at Morris Community College, he had visions for developing electric motors and environmentally-friendly technologies and alternative sources of energy, a topic he could talk about for hours. His passions grew to include collecting and repairing vintage cars, and a love for building motorcycles from scratch. He built several motorcycles that he shared with other biking friends. True works of art, each one. Danny toured the country to various motorcycle shops and rallies and met renowned leaders in the motorcycling community. When he wasn’t in his Range Rover with his flatbed bike rack extending off the back, he could be seen rumbling around on his latest creation. During this time, he continued to follow his dream for a bike shop. Danny explored the possibilities and expanded his network, and ended up owning a mobile bike repair shop that became well-known throughout the MapSO community. On the side, Danny had worked hard in various hospitality jobs and then later for the South Orange DPW where his good neighborly reputation continued to grow. But, with any extra time he had, he focused on further honing his expertise, learning small shop business and management, and building bikes. 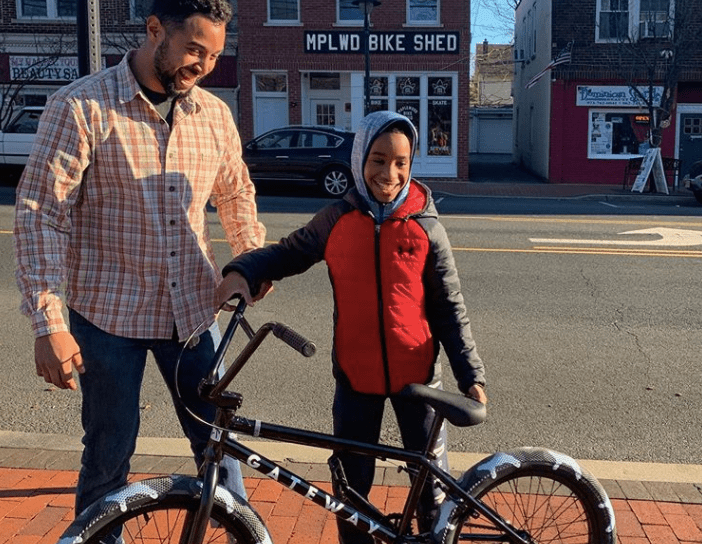 In March 2020, Danny’s dreams came true when he opened his Maplewood Bike Shed at 1673 Springfield Avenue in Maplewood. In his new establishment, he cherished sharing biking tips and tricks among youngsters who congregated there and seeing his many customers smile when they got their new and renewed bicycles or other equipment. With his perpetual smile, unpretentious approachability, and warm thoughtful ways, Danny was friendly with everyone. He especially enjoyed young kids for their enthusiasm for everything. In return, all kids and their parents loved Danny for his effusive smile and constant ardor. In addition to being a loving and proud big brother, Danny became an integral part of his community and many people’s daily lives. Since its grand opening, Danny’s Mplwd Bike Shed became a boon for everyone during COVID-19. Danny’s immense network of friends and the community’s adoration is a testament to his character and the positive impact he had on everyone.

Danny is survived by his mother Martine, stepfather Eddie, and younger sisters Emily and Jill, his father George and his loving extended family, as well as a multitude of close adoring friends and relatives spanning the globe.

In lieu of flowers, the family requests donations be made to the GoFundMe fundraiser for the Danny Ives Foundation that supports a cause that was close to Danny’s heart and entire being.

Relatives and friends are invited to attend the Funeral Mass at Our Lady Of Sorrows Church, 217 Prospect Avenue South Orange, NJ on Saturday, September 12th, at 10 AM. Interment will be private. Visitation will be held at Preston Funeral Home 153 South Orange Ave, South Orange on Friday, September 11th, from 4-8pm.

TO CONFORM TO COVID-19 PROTOCOLS, NO MORE THAT 45 GUESTS WILL BE ALLOWED IN THE FUNERAL HOME AT A TIME. THIS WILL BE STRICTLY ENFORCED.. YOU MAY BE REQUIRED TO WAIT