BOE Candidate Smith: ‘A Lot of Work to be Done’ 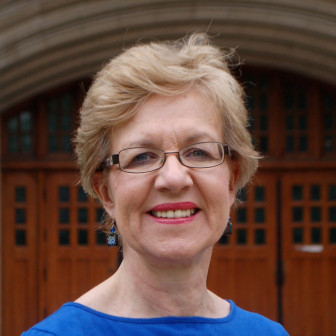 Donna Smith is a candidate for the South Orange-Maplewood School District (SOMSD) Board of Education race in November. The Village Green recently interviewed Smith by email on such topics as her stance on de-leveling, the International Baccalaureate program, and the challenges facing the district. Below are her responses, which we have condensed.

During the de-leveling debates you headed parent groups that challenged the BOE and school administration and were outspoken on the initial de-leveling proposals enacted in 2011. How do you think the de-leveling has worked since then?

It is difficult to tell…since there has been little in the way of benchmarking. As far as I know, the only formal assessment…was presented to the Board in 2011, with no significant follow-up since that time.

This is a common problem in our district, where we implement ambitious new programs without seriously considering the best methods for assessing their success…We usually are left with merely anecdotal evidence, which cannot be the basis for decision-making.

Any new program should have clearly defined purpose, should be aligned with long-term district goals, and should have benchmarking and assessment built in from the beginning.

Were you in favor of the IB program and do you feel its implementation thus far has been successful? What do you think needs to be done to ensure its successful implementation in 7th and 8th grades? Do you think it should eventually be implemented in high school, and at what point?

Also, there has been dissension among teachers at South Orange Middle School (SOMS), relating to some bumpy relations with Principal Joseph Uglialoro and what some teachers say has been insufficient teacher input in implementing the IB program. What do you think the BOE’s role should be in responding to such concerns when they are raised by parents and staff at BOE meetings?

The…IB MYP program at the middle schools is intended to ensure that all students are provided challenging, honors-level work, in light of the Level Up decision. That is certainly a laudable goal and the IB program definitely has appeal as a holistic approach to education. Nevertheless, it is well-known that implementing IB can be difficult and quite costly.

…[T]he Administration once again has not attempted to provide the Board with an assessment of the IB implementation to date, nor…an accounting of the full [costs]…The professional development costs for IB training are the most expensive for the district… In its latest report, the district only outlines what has occurred and what comes next for IB in the middle schools.

Reports from other school districts that already have IB programs in place indicate that the first five years can be a very bumpy road. It helps to continue to reach out to teachers and parents about the progress of the program and I believe that this type of outreach is essential in our district, particularly in light of the dissension at SOMS. If we are to be successful with the IB program we need the support of all stakeholders.

Finally, I do not believe that we should attempt to implement IB at the high school, at least not for the foreseeable future, when we have not yet even evaluated its success or lack thereof at the middle schools. We have enough on our plate right now with the advent of the Common Core standards and PARCC and TEACHNJ assessments and should focus on those initiatives at this time.

As far as the complaints raised at BOE meetings are concerned, we must remember that the Board employs the Superintendent, who in turn is responsible for all other personnel issues. That being said, as a Board member I would ask that the Administration take steps to mediate a situation such as this.

You mention in your press release “ensuring strong fiscal oversight and prudent allocation of SOMSD resources.” Can you give example(s) of how you, as a BOE member, would work toward these goals?

While the primary focus as a Board member is the education of our students, it is not possible to ignore the desperate financial situation facing our district…[E]very decision must be viewed through a budget lens…If alternatives can be found that are less costly, they have to be considered.

For this reason, I lobbied against the project to build an $8 million pool at the high school…I am also not certain that the expense of refurbishing the Montrose School is justified and would like to see different alternatives to its proposed use.

The Board recently announced a proposal to implement a Gifted & Talented program next year. What do you think of the current proposal, and what would a successful G&T program look like to you?

This is a priority of mine. While there are some elements to the Gifted & Talented program that are good, I believe that it needs to be further refined. First…there was no attempt to define the students that would fall into the gifted and talented category. Without this determination, it is difficult to plan programming.

A good G&T program begins at the earliest grade levels and continues to recognize talent at whatever point it manifests itself. We should focus on giftedness in the classroom and we should be prepared to identify it in every subject we teach.

I favor acceleration for students who have mastered grade-level academic subjects, and believe that clusters within the classroom also can be a useful tool. A multi-pronged approach is critical to giving advanced students the challenges and support they need, as different students will benefit from different strategies.

How should the district provide more students with access to honors and AP classes? What changes do you want to see to the way in which students are placed in these classes and how should the process be made more transparent?

One of the policies that Superintendent Osborne instituted…required that any student found to be eligible for an honors or AP class must be provided a spot in the class…I agree wholeheartedly with this policy, but I believe that recently there have been instances where it has not been followed. It is critical for the school to provide access to all eligible students.

Communication of the requirements, assessments, and any other relevant information about how to be placed in such classes also is essential. We need better outreach to parents and students regarding the procedures. Too many times students rely on being recommended by their teachers, when self-nomination or testing are possibilities.

It is my understanding that the District hired a consultant to identify and motivate students who may not have otherwise taken or been recommended for AP classes… I would like to learn more about how many students have been identified in this manner…[and] how well those students have done in the AP classes, to see if there is more that needs to be done.

You participated in the district’s Strategic Planning program as a member of President’s Council. What are the biggest long term strategic planning priorities the district should focus on in the upcoming years?

While I found the [Strategic Planning] process to be interesting and thought-provoking, I do not believe that it accomplished its goal of providing a framework for future decision-making.

Recently, the Board set certain District Goals, supported by clear objectives, milestones and indicators of progress. Extending out over a period of three years, these Goals represent strong strategic thinking and planning. Some of the biggest priorities now facing our district are implementation of the Common Core standards, PARCC assessments, and the IB program at the middle schools.

We need to continue working on engagement and outreach and working on partnering with teachers and parents. A classic example of what I consider to be a continuing weakness was the lockdown fiasco at Marshall School. In the first place, the staff was trained in the procedures to follow when the panic button becomes operational, when the Administration knew that the button would not be operational for quite some time.

Furthermore, it became evident that lunch and recess staff had not been trained on the procedures to follow when children were in the cafeteria and on the playground. These are serious breaches in communication and instruction.

Finally, rather than go to the school and talk to the staff, who were understandably quite upset, the Board sent a letter [which] while well-intentioned, gave the impression that the staff had misunderstood the security procedures, and upset them even more. Clearly, we must improve communication and partnering among staff, students, and parents.

Finally, resource management will probably be the most difficult area facing the district in the next few years.

What do you think is the biggest overall challenge the district – and the BOE — will face in the coming years?

The biggest challenge is the fiscal deficit. In the last budget report, the Administration indicated that the deficit for 2018-2019 will be approximately $14.2 million. Several Board members are trying to address the inequities in state distribution of financial aid, which I support. In the meantime, as I have stated before, we must be incredibly conscious of our fiscal restraints when making decisions for the District. The Board will be forced to make very difficult cuts in the budget if the situation does not change.

[I]n my opinion, we need a strong administrator with sufficient experience to hit the ground running and tackle the complex issues facing our district. With all the various initiatives in the throes of implementation, we need someone with a strong track record for getting things done.

There are a lot of transitions ahead for SOMSD – staff turnover, including hiring a new superintendent, Maplewood Middle School principal, Jefferson School principal and IB coordinator, and implementing IB, Common Core and the PARCC assessments. What would you as a new BOE member bring to the equation, and how would you work with your fellow board members to reach consensus?

Having been involved in the district for some time, I am very familiar with the workings of the Board and the Administration. Despite having taken strong, perhaps controversial, positions over the years, I believe that I still well-respected by those who opposed my positions.

If I am elected, I can be a constructive presence on the Board and able to build consensus for action, something we definitely need right now. While I have my own opinions, I am well-versed in looking at all aspects of an issue and can work to bring opposing sides together. There is a lot of work to be done and I am ready for the challenge.