Golda Och Academy’s award-winning CodeRunners robotics team participated in its first in-person FTC (FIRST Tech Challenge) robotics competition on Sunday, Nov. 7, 2021 at the Immaculate Conception High School, Montclair. The FTC  robotics competition is open to students in grades 7–12 who design, build, and program a robot to compete by creating alliances against other teams. Covid-19 had put a halt to in-person competitions, and Sunday’s meet was the first competition in nearly two years. The CodeRunners won two out of six matches and was ranked #9 out of more than 23 teams in the Northern League. Together with one of their alliance partners, the team also earned the third highest score of the day. 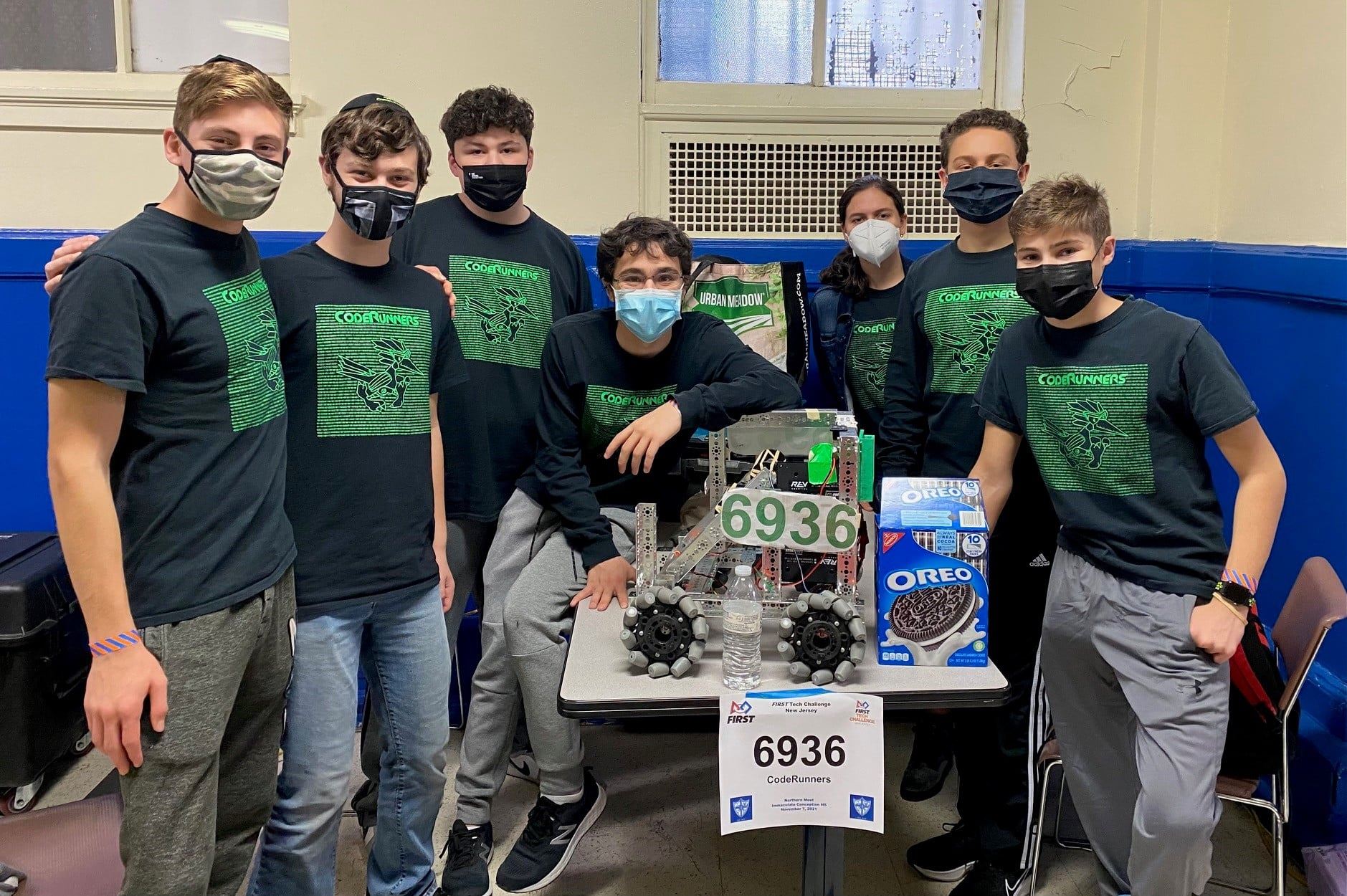 “It was so exciting to be able to participate in the FTC competition again in person,” said Dr. Arco Jeng, Upper School science faculty member at Golda Och Academy and advisor for the CodeRunners. “Playing the games virtually last year was a good alternative during Covid, but being in person allows the students to learn from other teams and see their robots in action.”

Senior David Heimowitz, co-president of the CodeRunners, said the team-building atmosphere during the competitions is irreplaceable. ”In our first match, we realized that a wire on our robot was coming loose. We did not have an alternate with us, but FIRE Team (an FTC robotics team that is split between members in the U.S. and in Israel) offered their substitute for the day,” he said. “We also had the opportunity to chat with and watch other teams about how they plan to, or have solved, creating the different mechanisms to accomplish the defined tasks. Throughout the day most of the team ran back and forth, from the pits to the fields, adjusting our robot and scoring points. We all worked together. I felt the most a part of our team in a very long time at the competition.” 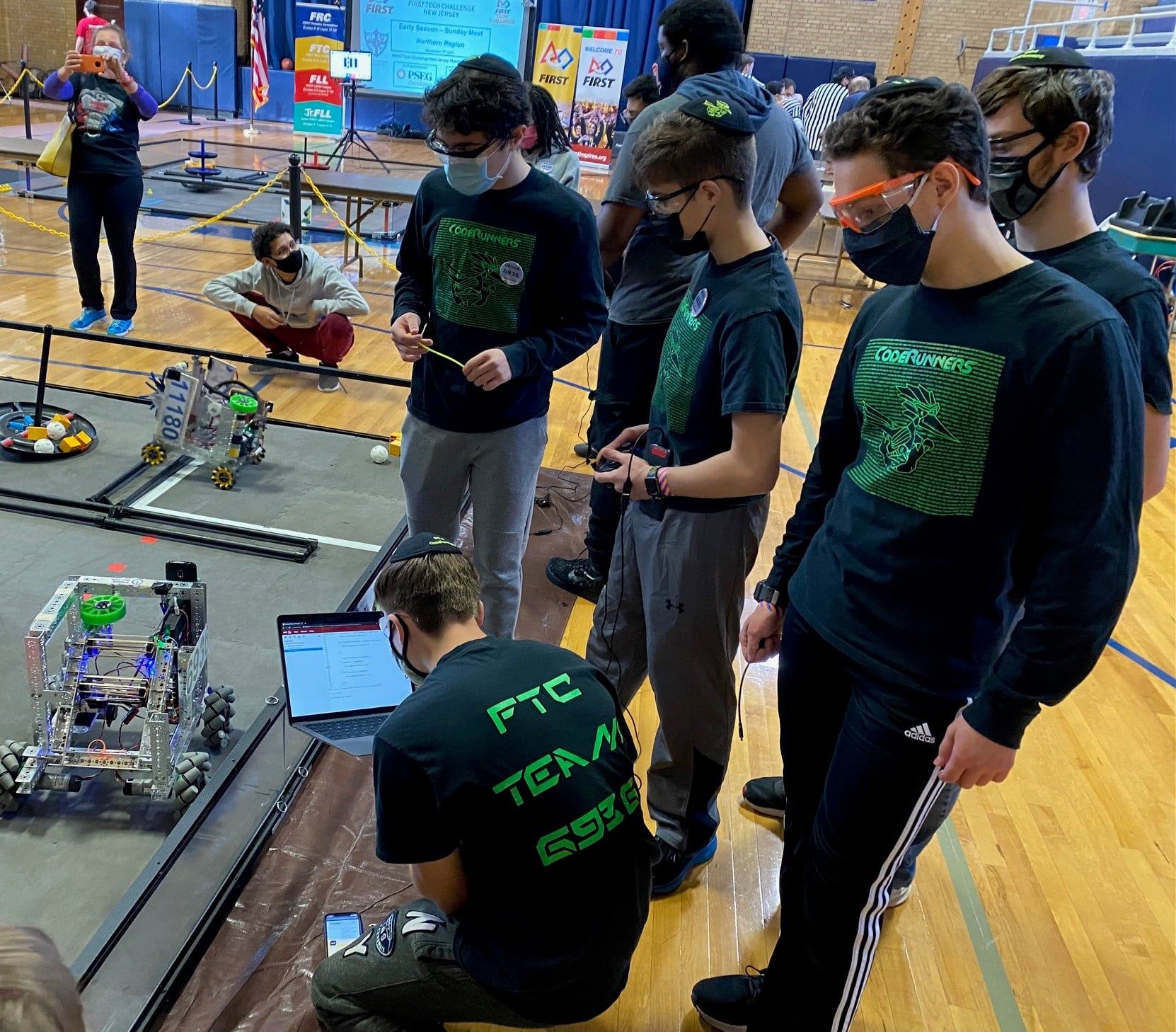 This year, Heimowitz said the team will work to improve their robot by finishing their grabbing mechanism and by redesigning some of their mechanisms to utilize techniques that were particularly successful at Sunday’s competition. GOA was one of the first Jewish day schools in the state to form a high school robotics club, which has been a tremendous asset. In addition to learning programming skills, the students learn how to code and design their robot and learn valuable skills working as a team. Alumni robotics members have gone on to secure successful software and mechanical engineering jobs at prestigious companies such as Google and Amazon.

The CodeRunners’ next competition is on Sunday, December 19 at Kean University in Union. For more information on Golda Och Academy, please visit www.goldaochacademy.org. 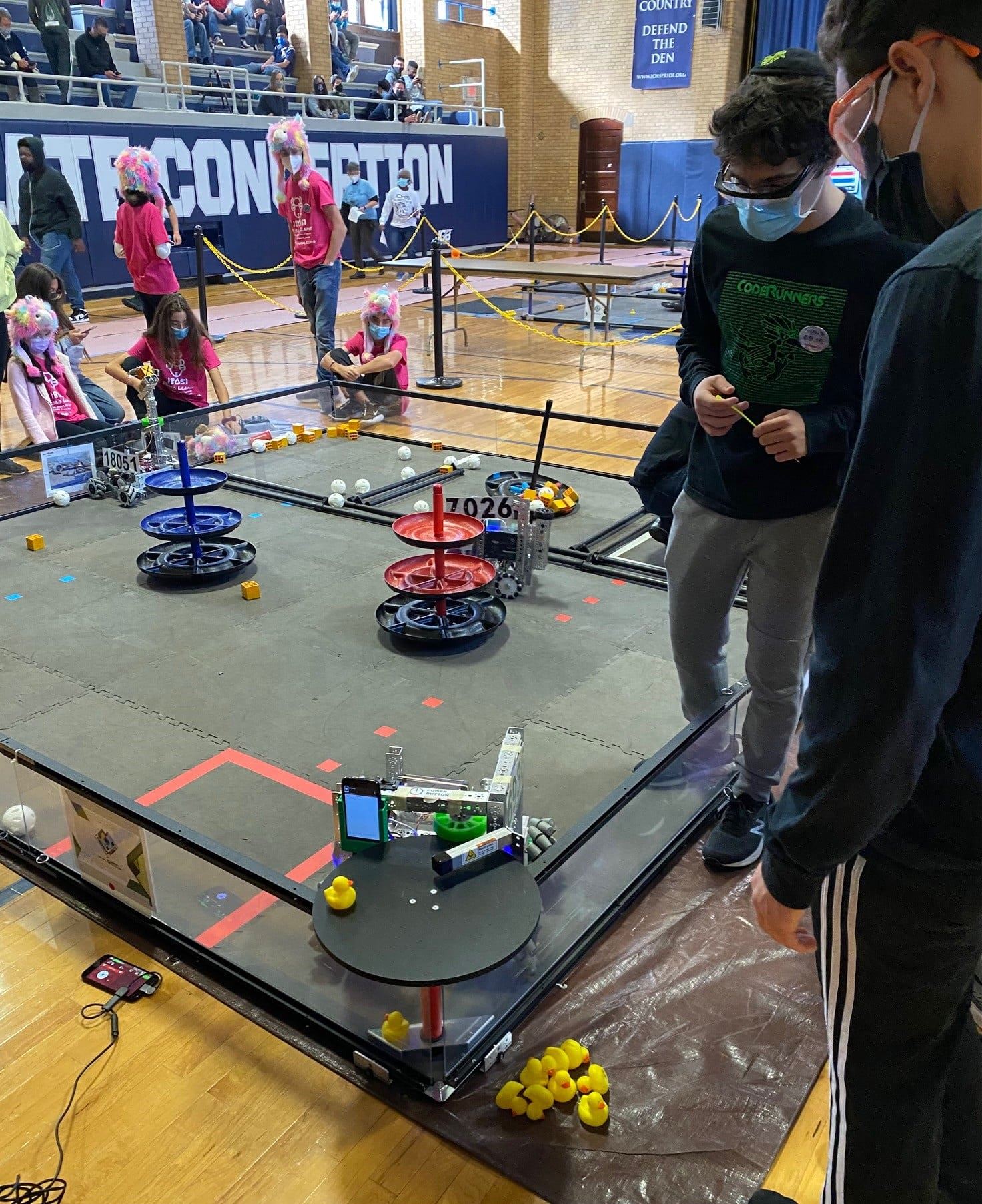