The South Orange-Maplewood Board of Education should keep an eye on housing developments in the two towns.

That was the message from SOMSD Business Administrator Cheryl Schneider at a recent Board meeting.

Schneider took a moment during the discussion of enrollment projections at the December meeting to say “a word about the new housing developments.” In particular, Schneider said that 3rd & Valley, scheduled for completion in December 2015, could possibly add dozens of students to the district. She said that Maplewood Crossing, which is completed and 90% leased as of September 2014, could also add a substantial number of students.

Schneider said that the district’s demographer was projecting that the district will be able to absorb the increase because the students are being added across grade levels. However, she said, “with all of these developments taken together, we need to watch.”

“It really hasn’t impacted overall the number but it’s something we are keeping an eye on,” said Schneider. Beth Daugherty, who was President of the Board at the December meeting (Wayne Eastman took the position at the Jan. 5 reorganization meeting) asked Schneider which elementary school zone Maplewood Crossing, located at 92 Burnett Avenue, falls within. Schneider said that the zone is currently for Tuscan School, but noted that the development has a “similar proximity” to Seth Boyden. “If we rezone,” said Schneider, “we would allow people currently enrolled to have the option to stay at Tuscan.”

The 124-unit Maplewood Crossing at 92 Burnett Avenue in Maplewood was granted a 30-year PILOT by the Maplewood Township Committee. PILOTs are used in general to “make the project more financially feasible and to draw support from potential investors,” as Mayor Victor DeLuca and Elite Properties General Counsel David Checchio said in an interview regarding the Maplewood Crossing project back in May 2012.

But PILOTs have been seen as detrimental to school districts, as a 2010 report by the Office of State Comptroller stated: “[U]nder long-term abatement arrangement property tax collections on the development — which normally are split among several entities — are eliminated, and 95% of the negotiated PILOT is kept by the municipality, with 5% for the county, and nothing for the school district.” (The report calls for this “imbalance” to be “eliminated.”)

The Station House, a 50-unit apartment project at 125 Dunnell Road in Maplewood which was completed in 2013, did not receive a PILOT although the developer did receive credits for environmental abatement. Mayor DeLuca reported in September that that project is now the fifth largest tax payer in Maplewood.

Maplewood is considering granting a 30-year PILOT for the PSE&G site on Boyden Avenue. The PILOT would be at 10% of construction costs, which are estimated to be roughly $40 million. The township committee has indicated support for the PILOT but has not yet taken a formal vote, said DeLuca.

On Tuesday night, Jan. 20, the Maplewood Township Committee will vote on whether to introduce an ordinance to offer JMF Properties, the developer of the Post Office site, a 5-year PILOT.

Then South Orange-Maplewood BOE President Beth Daugherty cautioned South Orange about PILOTs during a budget discussion last spring. In a recent interview with The Village Green, Daugherty explained, “I understand from an economic development standpoint the need to draw developers here and that they are more willing to come with the incentive of a PILOT, but what is not often fully considered is that it is always estimated that a very low amount of children come into the school district.” However, said Daugherty, “The key is that the tax base needs to grow regardless of whether or not there are children in these developments…. There are existing property tax burdens that are continuing to increase that need to be spread across a larger tax base or there will never be relief.”

Daugherty noted that, although she has been vocal about PILOTs as an individual board member, the full Board of Education has not taken a position on the issue of PILOTs.

Daugherty noted that the Board of Education sets the school portion of the tax levy collected by the municipalities. She further stated that the benefit of developments paying taxes instead of a PILOT would help in “that now our 2% school tax levy would be less painful because it would be spread across a bigger tax base of more homeowners and more business owners.”

Daugherty does see a compromise “if the towns feel they need to offer PILOTs for economic development,” saying that she knows of no reason why PILOTs cannot include contributions to school districts.

“When future PILOTs are granted, I’d love to see us discuss contributions to the school district.” 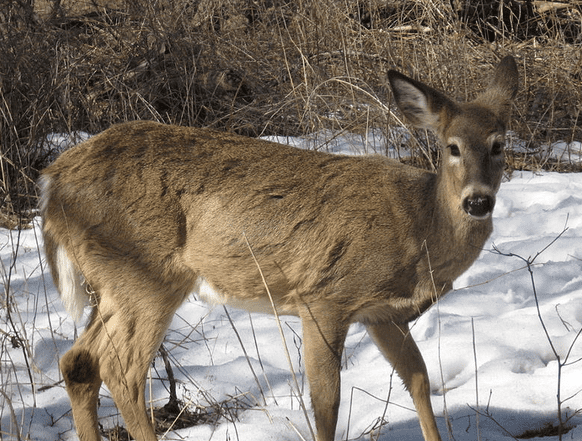