The number of students enrolled in the South Orange-Maplewood School District declined by 327, or about 4½ percent, last fall from the previous academic year, marking the biggest drop in students in at least 14 years — and only the second decline within that time period.

However, the decline will not lead to a decrease in state aid, according to district leaders.

“We believe most of [the decline] is from people deciding to either move their students to private school or keep them home for homeschooling during the pandemic,” outgoing SOMSD business administrator Paul Roth said at the Feb. 22 Board of Education meeting. The school district halted classroom instruction a year ago amid rising COVID-19 infections.

Although Roth expressed some concern at that meeting that the decline might lead to a decrease in state aid, it appears that will not be the case, as he explained in Monday’s BOE meeting.

“It didn’t hurt us in state aid, but it didn’t give any spending adjustments, if you will,” Roth said.

Roth’s presentation begins around the 2-hour, 4-minute mark in the online video of the meeting, which was held online due to COVID-19 precautions.

Roth said that the number, as of Oct. 15, was a “snapshot” of student enrollment that was taken every year.

Roth said he didn’t know what effect the enrollment drop-off would have on state aid if all school districts saw similar declines, versus whether SOMSD was an outlier.

However, the school district has since learned that the state would provide a greater-than-expected $800,000 in debt service aid and an additional $1 million for student services over the summer.

SOMSD saw its student population grow every year from at least the 2007-2009 academic year, with the exception of a slight decline in 2010-2011. As of mid-October 2019, the school district had 7,200 students enrolled. At the same point in 2020, that population had shrunk to less than 6,900, according to Roth’s presentation.

Kindergarten enrollment declined by 146 students in 2020, the largest single-grade drop. The decline for grades 1-12 totaled a combined 127 students. 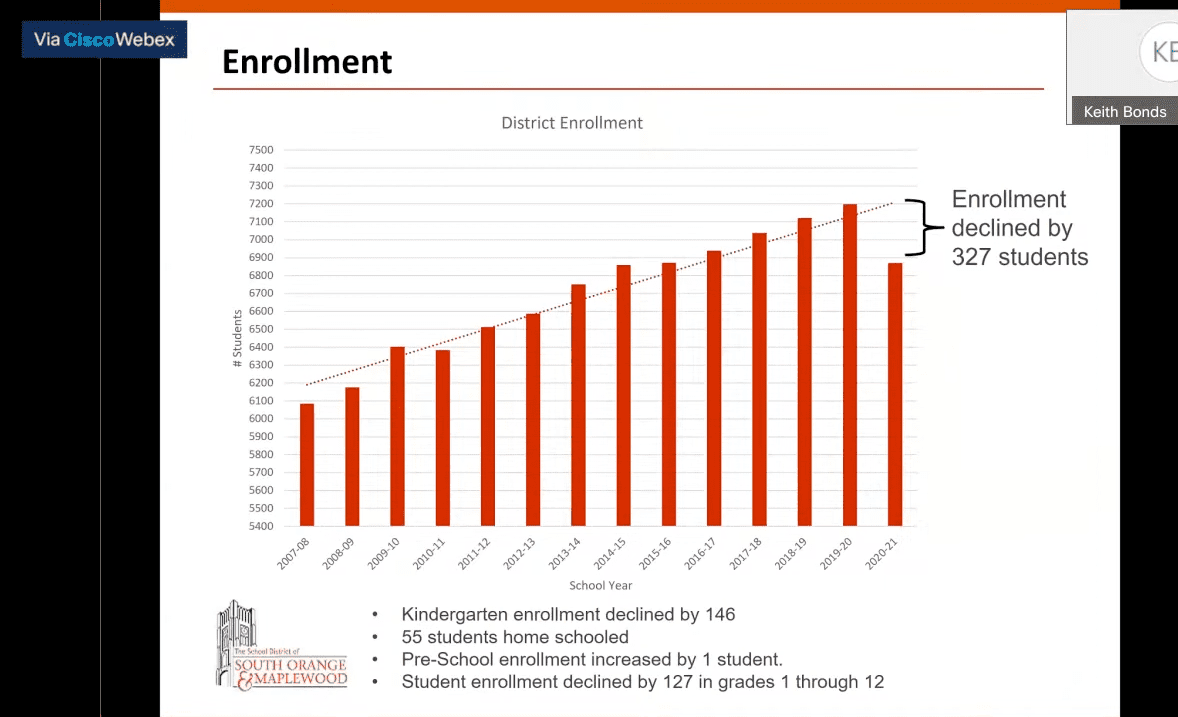