The Village Green May 12, 2015
0 FacebookTwitterPinterestEmail

Sheena Collum will be the next South Orange Village President. 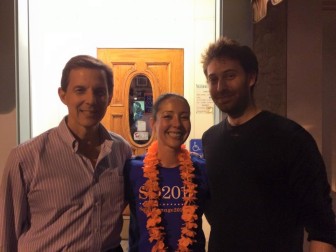 In Tuesday’s election, Collum — who has served for the last two years on the South Orange Board of Trustees — garnered roughly 70% of the votes (1,427) while Emily Hynes received slightly under 30% (603), according to the Essex County Clerk’s Office results.

Trustees Mark Rosner, Howard Levison and Deborah Davis Ford, who were running unopposed on a ticket with Collum, all were re-elected. They each received just over 30% of the votes (roughly 1,400 each). 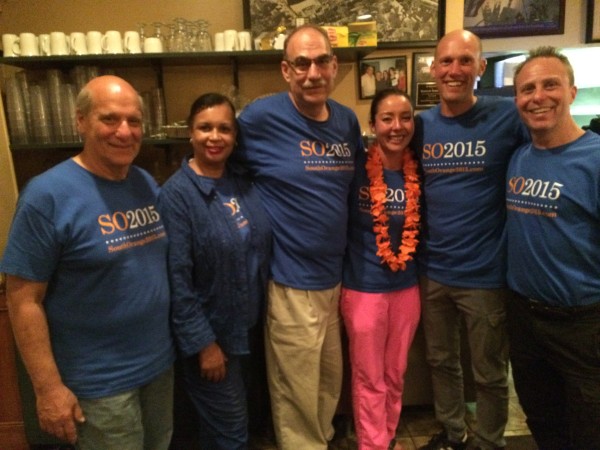 While the results are still unofficial until provisional and write-in ballots are counted, “they probably won’t make much of a difference,” said South Orange Deputy Village Clerk Shinell Smith at shortly after 9 p.m.

“I’m overwhelmed with happiness,” said Collum by phone from the Reservoir Restaurant, where she and her running mates had been awaiting results. “I can’t thank my supporters enough for the love and faith they showed me, after I volunteered, advocated and supported this community for such a long time to make it a better place.”

Asked about the historical significance of being the first woman to hold the office, Collum said it wasn’t something she had given much thought to until she was leading a local Girl Scout troupe on a recent tour of the South Orange Police station.

“The girls asked if there were any female officers they could meet,” said Collum, “and at that moment I realized how significant it was to have strong women in non-traditional roles. It made me think twice.”

In her victory speech to supporters, Collum thanked her opponent Hynes for running a campaign where “some of her messages clearly resonated with voters.” Collum said she wants to “bridge the gap between her supporters and mine” and “pull both of those worlds together.”

Hynes, reached at Bunnys restaurant, said she was thrilled that “South Orange is seeing its first woman president.” In a message posted on Facebook, Hynes thanked her  friends and family, as well as “the voters of South Orange for putting your trust and faith in me and in my vision for Smart Growth for South Orange.”

Hynes continued, “We didn’t win the election, but we made our voices heard. We challenged the incumbents to do better. And we will be there every step of the way to make sure they do. I wish Sheena Collum the very best of luck as the first woman president of South Orange Viilage. And I know she will work hard to live up to our expectations.”

Meanwhile, the Board of Trustees can appoint someone to fill Collum’s seat until the next municipal or general election (whichever comes first) when a new trustee can be elected to fill the seat. The next election is in November.

Collum was elected trustee in 2013; she ran on a slate with Steve Schnall and Walter Clarke, both of whom were also elected that year. Rosner has been in office since 1998 and Levison and Davis Ford have served since 2007. The three last ran, unopposed, four years ago.