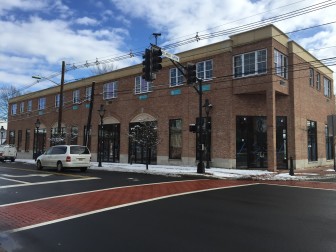 The developer Daibes has completed the exterior of its delay-plagued 5,000 square foot mixed-use project on Springfield Avenue, beating a Feb. 15 deadline to enclose the building in order to be reinstated as developer by the town.

Daibes had posted $100,000 in escrow pending completion of the enclosure of the building. If the deadline of Feb. 15 had not been met, the $100,000 would have be remitted to the town. Daibes has now presented the town with a $9,900 check to cover the cost of inspections to take place every two weeks until the interior completion of the project, projected for May.

The Maplewood Township Committee officially reinstated Daibes as developer at its Feb. 2 meeting based on a report byTownship Counsel Roger Desiderio. “The building is tight from the exterior,” said Desiderio, who added that the developer had applied for all the permits for interior work and that Township Construction Official Robert Mittermaier was “prepared to produce them.”