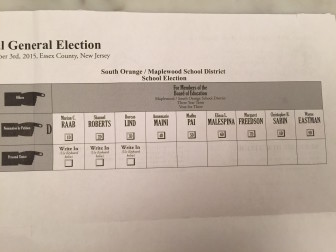 Here is more information about the election:

For general election information and to follow the results on Election night, visit the Essex County Clerk’s website.

The Village Green will report up-to-the-minute results on Election Night.

Meanwhile, get out and vote!