Editor’s note: this article has been corrected to reflect that Assemblywoman Mila Jasey was not at the event; her chief of staff was.

There are two seats open on the TC this year; the election is Tuesday, November 3. HNA President Carol Buchanan began the event, which was attended by roughly 20 people, by noting that all three candidates are running for TC for the first time.

Adams has lived in Maplewood since 1989, seeing five children through the school system. She re-established the theatre program at Tuscan School and founded the College Hill Association which would later join the Springfield Avenue Partnership in revitalizing the area. Professionally, she has had a twenty-year career in downtown revitalization which she seeks to put to use on the Township Committee.

Lembrich has lived in Maplewood for eight years and has a four-year old daughter. As a comparatively new resident of Maplewood, he wants to promote the interest of younger families in town politics and to work for all residents of Maplewood to “demystify local government.” One of his main interests is in promoting communication between citizens and committee members, by holding regular office-hours at local spots and bringing the government to the community.

Both Adams and Lembrich showed concern over Maplewood’s property taxes which are at the highest level in the country. This was tied to the issue of the construction of high-rise apartment buildings and to the question of how to create affordable living spaces, particularly for Maplewood’s senior citizens who cannot afford the property taxes on their homes.

Apartment construction is one solution for Adams, who said she would like to redevelop existing spaces, and sees new apartments as a good option for housing community members looking to downsize as well as bringing in a new residential community to main commercial streets like Springfield Avenue.

Lembrich was more concerned with maintaining Maplewood’s character. Buchanan cited a conversation she had with a resident who said he did not move from the city to live among highrises. Both candidates said they are open to compromise and understand that every project proposal is different.

Adams and Lembrich both said they are passionate about bringing a vibrant downtown culture to Springfield Avenue. Adams proposed opening a restaurant-pub which would give the street a nightlife and attract new businesses to increase the walkability of the two-mile stretch. Lembrich also showed enthusiasm for bringing in destination businesses such as the current plans for a large craft beer store. Adams noted her experience partnering with local business owners and landowners to fill vacant storefronts.

Both candidates are interested in discussions with the state about allowing for inter-county liquor license transfers, so that Maplewood can use some of Newark’s unused licenses.

Lastly, the topic of traffic safety was discussed during which both candidates expressed the need to enforce traffic rules, but to also educate pedestrians. Referring to an incident Thursday morning in which a young boy was hit by a car at a pedestrian crossing on Prospect Street, Adams said she wanted to see police write a “blitz of tickets” for violations, which some in the audience agreed with. 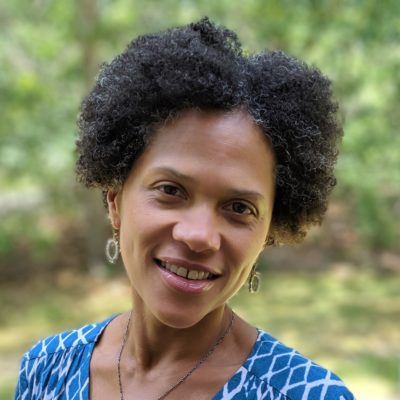