Marian Raab — Board of Education Candidate Profile and Q&A

Village Green asked each of the nine candidates for the South Orange-Maplewood Board of Education to submit a short biography and answer at least 5 of 11 submitted questions, which candidates could respond to individually or as a team with their running mates. Below are Marian Raab’s bio and answers. Raab is running as part of the Team SOMA 2015 slate which also includes Elissa Malespina and Shannel Roberts. 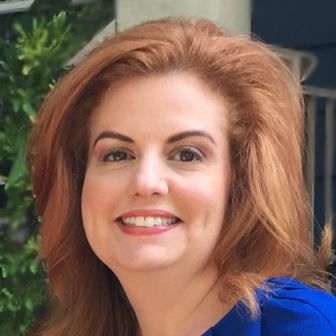 Marian Raab is a 14-year Maplewood resident with two children in the public schools. She is a nonpracticing attorney who has been working in financial and legal journalism for the last two decades.

For the last four years, Marian has served as local organizer for Save our Schools NJ, a grassroots, nonpartisan, organization working to ensure every child in the Garden State has access to the best possible public education.

Earlier this year Marian co-founded South Orange/Maplewood Parents for a Quality Education, which now has over 620 members on its closed Facebook page. She also led the successful opposition to the second application of Hua Mei, the “boutique” Mandarin-immersion charter school that attempted to open in Maplewood. If elected, Marian would use her experience as a lawyer, journalist and education advocate along with her proven ability to make change happen to improve the South Orange Maplewood public school system.

What do you think of new Superintendent Dr. John Ramos’s ideas for improved communication including KIVA and Let’s Talk? Do you think the costs of the programs are justified? What do you think should be addressed at the district-wide summit on November 10?

I want our new superintendent to succeed in his goal to turn this school district from good to great. So far I’ve been impressed with Dr. Ramos’ willingness to meet with parents and organize an educational summit in November. It is clear that he understands the importance of improving district communications.

I attended the first Kiva session at the Board’s annual retreat this summer and I was concerned about the cost – more than $8,000 to pay and fly the Kiva facilitator (Dr. Ramos’ friend and mentor Dr. Theodore Haig) from Qatar to run the half-day program. If future Kivas can be conducted at a lower price, I would be open to holding more, but the current cost does not justify the perceived benefits, in my opinion.

As for Let’s Talk, this is a software program intended as a platform to allow better communication between community members and district staff and administration. It is costly, and I question whether this financial outlay ($19,000 per year) makes sense, given that other programs we have in place could accomplish the same thing. As I have said before, it’s very important to consider expenditures carefully, using our staff’s capabilities to problem-solve, to lower — not raise — expenditures.

What should a board member’s role be in responding in public to concerns voiced at meetings by parents and staff? Currently, issues raised by public speakers are often not addressed. How should board members respond, both publicly and in private, to stakeholders voicing concerns at public meetings?

Having worked as a professional journalist for the last two decades, I bring extremely strong communication skills to the table. I would use these skills to help the district change its culture and history of poor communication with parents and the community.

Culture is a key issue here because our district has an admittedly poor track record of communication with parents. We can’t expect an expensive new software program like Let’s Talk to immediately change what has been an ingrained culture of communication mistakes and failures. Changing the culture starts at the top—with the Board of Ed.

While researching how other school boards operate, I learned that some New Jersey districts—such as the Verona Board of Ed.—actively engages in discussions with the community at its meetings, and so far this hasn’t resulted in anarchy! If enough of our board members want to, they CAN engage in meaningful dialogue with parents at school board meetings. It is beyond frustrating to watch as our current board sits in its horseshoe, stone-faced and completely silent at meeting after meeting while scores of angry and unhappy parents testify to a litany of serious issues and problems in our district.

Even if a the board decides not to respond to a question or concern during its public speaks portions of the meetings, the polite, respectful way to handle the situation is to at least say that the board will discuss the issue and get back to the individual at a later date, or direct them to the appropriate person to respond to the query.

The new Access & Equity policy promises access and supports for all students to higher level classes. Do you think this can be achieved? And if so how? How do you think it will impact the budget, and what programs/services would you be willing to cut to make funding available for the academic supports the policy calls for?

I hope with all of my heart that the new Access & Equity policy can be achieved. I fear the devil will be in the details. While I wholeheartedly support providing all of our students “with age-appropriate academic supports for access to advanced-level courses,” my concern is how we will be able to effectively implement this policy.

The Policy’s language is also vague and I am always concerned when I see the word “rigor” used in the same “sentence” as Kindergarten.

In a perfect world we wouldn’t have to make any trade-offs. But obviously this isn’t a perfect world. But apparently it is a world where we can easily find $11,000 to pay for six months of “Let’s Talk” the new software program our new superintendent is hoping to launch out of its pilot and start paying — from what I’ve researched in other districts — $40,000 to $50,000 a year to fully implement Let’s Talk on an annual basis.

We as a community must come together and decide what our educational priorities are. As Dr. Martin Luther King Jr. said, “A budget is a moral document.” In the last few years, I have been dismayed to see the Board of Ed cut so many essential and important programs including outsourcing all of our special education paraprofessionals in a penny-wise, pound foolish decision.

In addition, I was greatly disturbed to see our foreign language program recently cut to the bone in elementary school with only 4th and 5th graders getting minimal Spanish instruction this year. Meanwhile, our middle school students are offered only one foreign language – Spanish. At Columbia High School, there have been reports of many higher level elective courses having very low enrollments. We must allocate our limited funds very carefully and make the tough decisions about where we want to spend and where we can find savings that impact the least number of students.

To that end, Team SOMA 2015 and I would start our terms on the board by working to bring an independent budget auditor to go over our nearly $123 million school budget – line by line. When Maplewoodian.com reports that the town of Maplewood just found “some $2.5 million in revenue” from old accounts, this school board needs to make sure – and let the public know in an extremely transparent manner – how every dollar is being spent.

In the past year several local Boards of Education and Administrations, such as Montclair’s and Livingston’s, came out against testing and more or less encouraged students to opt-out of the PARCC exams. Is opposition to standardized tests a statewide cause our Board of Education should take on?

President Obama just released a statement acknowledging that the amount of high-stakes, standardized testing is too high and should be limited to 2% of the school year.

The president’s indicates that the federal government is hearing the massive national public outcry regarding over-testing in our public schools. I have already been working closely with Save Our Schools NJ, as well as state and national opt-out groups, to reduce the number of high-stakes, standardized tests that students are pressured or required to take. I believe that our students are more than a test score and opted my oldest son out of PARCC testing last year.

I think it is important for board members and administrators to know and respect that it is every parents’ Fourteenth Amendment right to direct their child’s education. I know many parents who chose to opt their children out of PARCC, and none of them made that decision lightly. A parent who chooses to refuse the PARCC test for their child has every right to do so, and the board should support that decision.

There’s a lot of misinformation out there about PARCC refusal rates and school funding. The federal No Child Left Behind (NCLB) law included a mandate that required schools to have a 95 percent participation rate on state tests or face sanctions. But missing the 95 percent participation rate at the school level has not been unusual in New Jersey. In fact, some 16 percent of eligible students in the South Orange-Maplewood district ultimately opted out of PARCC last spring, including 40 percent of Columbia High School students.

And no federal financial penalties related to Title I instructional funds have been imposed on any New Jersey school for missing that participation rate. The US Department of Education recently acknowledged publicly that no such penalties would be imposed.

In what specific ways does your platform and your philosophy differ from those of your opponents? Regarding the incumbents, give a specific example of something you would have voted differently on had you been on the board. If you are an incumbent, give an example of a specific vote that clarifies the difference between you and your challengers. What is the board’s single most important responsibility and priority going forward?

In a nutshell, Team SOMA 2015’s platform focuses three critical areas which we like to call the 3 “Cs,” and we feel are sorely missing from our current Board of Ed.

If elected to the Board of Education, Ms. Roberts, Ms. Malespina and I will immediately propose to increase the number of board meetings to twice a month like almost all of our surrounding districts. We cannot effectively govern this district when meetings start 30 to 60 minutes late and then stretch into the next day.

For example, our current board voted at almost 1:00 a.m. to remove the failed International Baccalaureate (IB) program from the middle schools. Decisions of this importance should never be voted that late.

Make no mistake—we are an opposition slate. We want to bring new voices and move this board in a new direction—a direction that puts our children first and not only listens to parents, but actually HEARS what they say and makes a good-faith attempt to act upon their concerns.

The board’s single most important responsibility is to ensure that every public school student in South Orange and Maplewood receives the best possible education.