Founded in the wake of the 2017 Women’s March, the Resistance Revival Chorus is a passionate group of artists and activists whose mission sits at the intersection of social justice and song. Joining together to uplift and center womxn’s voices to raise awareness of the continuing need to advance social justice, they’re driven by the idea that “joy is an act of resistance” as eloquently stated by poet Toi Derricotte.

On March 10, just two days after International Women’s Day, this collective of 60 womxn and non-binary singers share songs of protest and joy at SOPAC. Before the performance, ticket holders are invited to a free, thought-provoking panel discussion with community leaders about the role of music in activism. 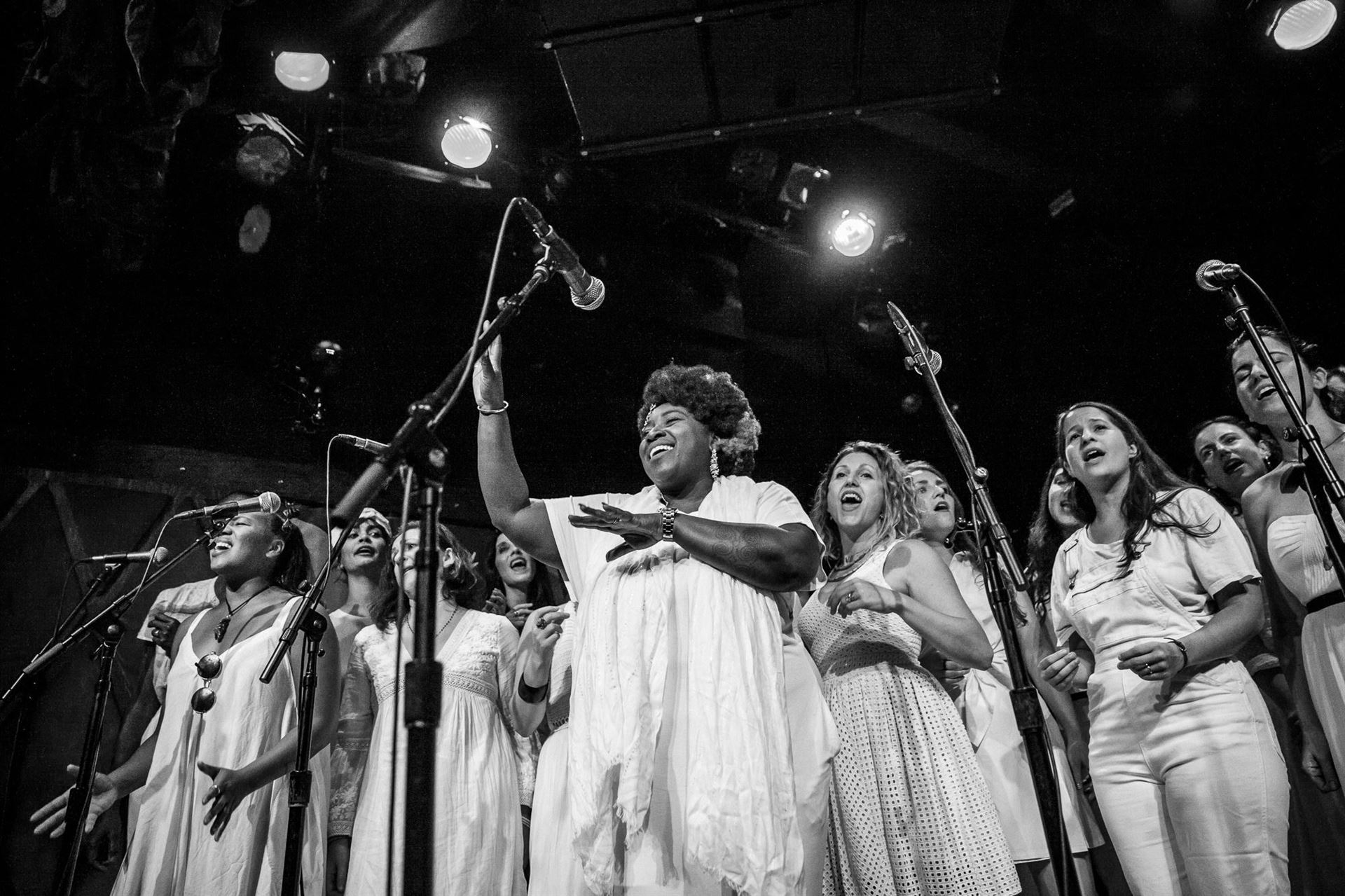 The artist and activist Harry Belafonte once said, “when the movement is strong, the music is strong” and the Resistance Revival Chorus strives to live up to that call. The chorus calls for justice and equity for womxn across racial, ethnic, economic, sexual identity and religious lines. They aim to be intersectional in their feminism and reveal that all social justice issues overlap heavily with womxn’s issues; to harness the collective power of womxn to help change the world; and to celebrate each other through song.

As a prelude to this inspiring concert, SOPAC will offer a free, thought-provoking panel discussion with community leaders about the role of music in activism that will provide context for the evening’s performance. 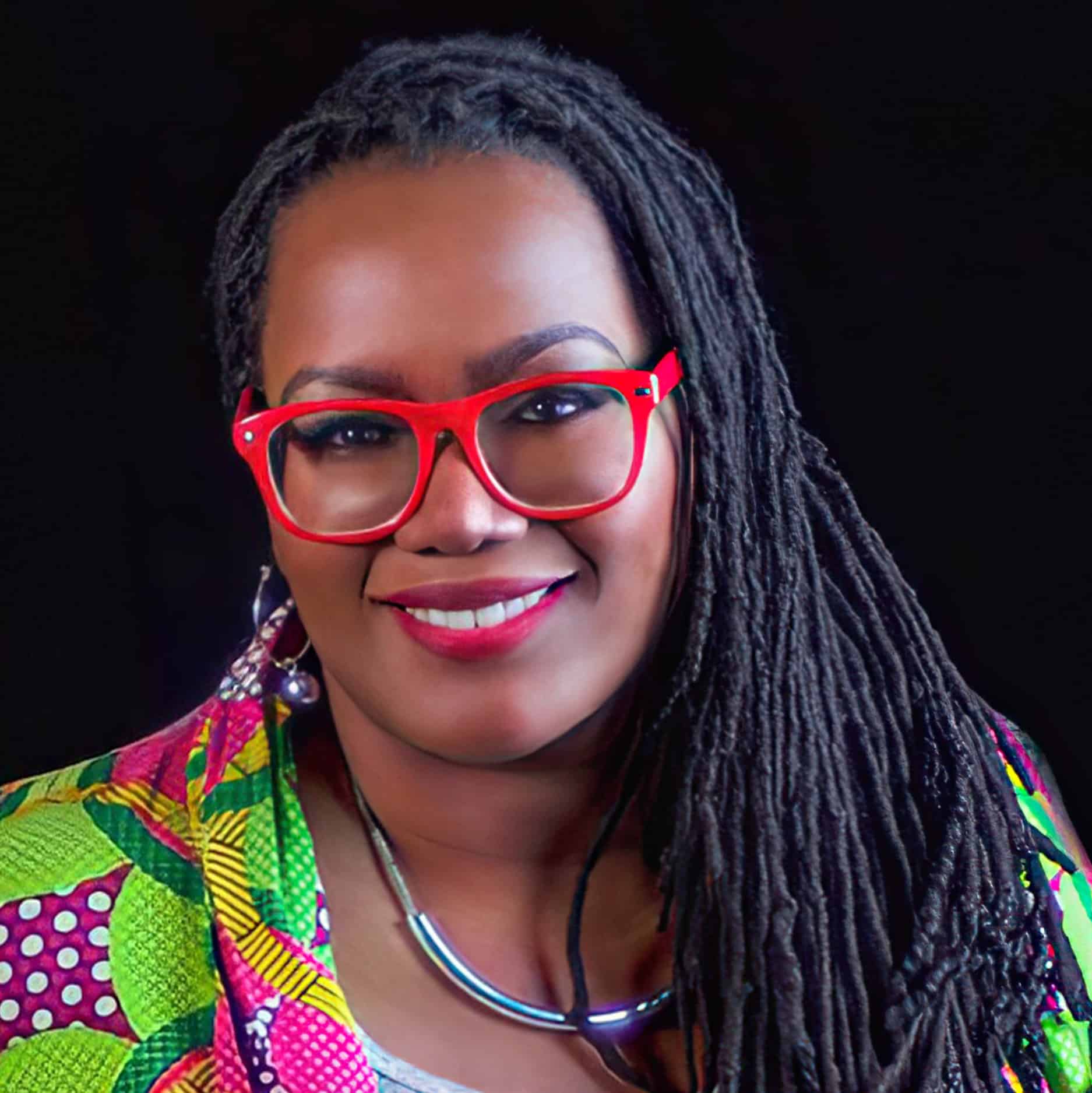 Taneshia Nash Laird is president & CEO of Newark Symphony Hall, the vintage 1925 performing arts center in Newark, NJ. As a social change agent, Taneshia centers cultural equity in her work. In her career in the public, nonprofit, and private sectors, she has been a city and state official for economic development, a regional director for the U.S. Women’s Chamber of Commerce, the executive director of the Arts Council of Princeton, and co-founder of the MIST Harlem venue in NYC. Founder of Legacy Business Advisors, Taneshia has also been a grants panelist for the National Endowment for the Arts and is a member of the board of directors of the National Independent Venue Foundation. In 2019, she was elected to a three-year term as president of the board of Rush Philanthropic Arts Foundation. Additionally, Taneshia is a member of the executive committee of the NAACP NJ State Conference, serving as chair of the economic development committee, and is an adjunct professor in the Entertainment and Arts Management program at Drexel University. 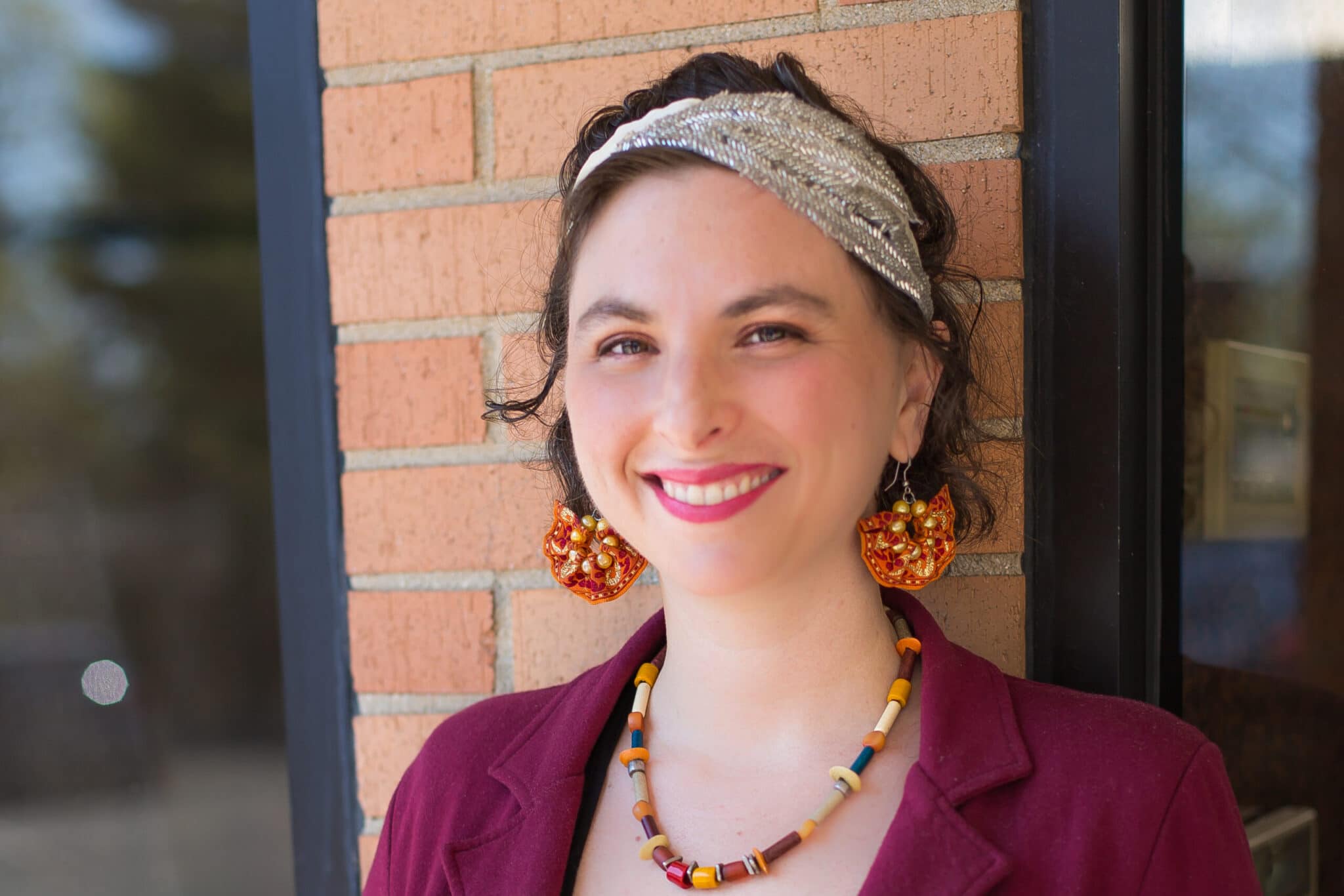 Eliana Kissner, Cantor at Oheb Shalom
Eliana Kissner received cantorial ordination in May 2021 from the Jewish Theological Seminary in New York City. Throughout her artistic and professional life Cantor Kissner has pursued various projects that center around the arts, Judaism, youth empowerment and interfaith relationships. She was an Arts Fellow at the Drisha Institute for Jewish Education in New York, lead singer of Safra Jewish Middle Eastern Ensemble in Berkeley, CA, and a co-founder of the Muslim-Jewish Arts Fellowship. She also spent time as a playwriting mentor for incarcerated youth through Each One Reach One in the San Francisco Bay Area. As a 2015-16 Dorot fellow, she studied and performed at the Center for Middle Eastern Classical Music in Jerusalem and co-wrote an EP entitled “Painted Wood.” She has worked as a ritual leader and educator at Lab/Shul, New Shul, B’nai Jeshurun, and Temple Emanu-El in San Francisco, CA. She was a summer chaplaincy intern at New York Presbyterian in 2019 and student clergy intern at Fort Tryon Jewish Center in Washington Heights from 2019-2020. She is married to Noah Ginsburg who works in solar energy, and they have two children. As a cantor, she hopes to foster experiences that promote healing, the pursuit of justice, and continued rediscovery and renewal of Jewish tradition. Check out her website hazzanista.com for more information. 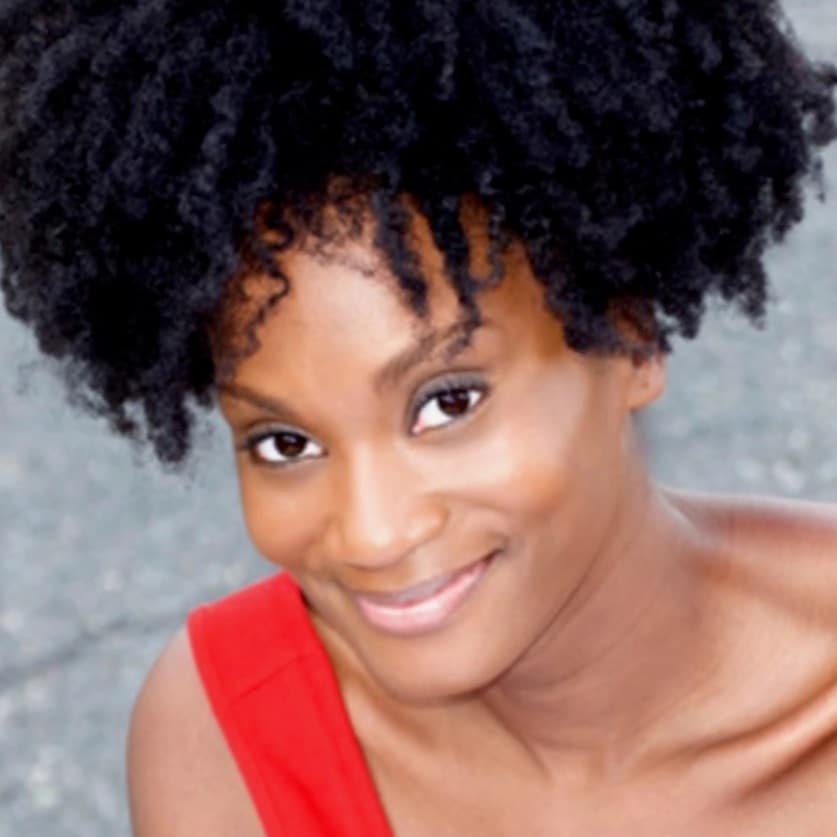 Janeece Freeman Clark, Founder of Vanguard Theatre Company
Janeece Freeman Clark is a director, producer and skilled vocal technician all rolled into one. She is the founding Artistic Director of Vanguard Theater Company, a Montclair, NJ based regional theater where she has spent the last seven years reimagining musicals through color-conscious lenses, as well as developing original musicals told from the perspective of underrepresented voices. Through her work, Janeece explores how theatre can challenge participants, both theatre-makers and audiences, to think critically and increase empathy and understanding for others, therefore becoming more responsible members of our democracy. Vanguard receives funding from TeeRico by Lin-Manuel Miranda, and has been the recipient of numerous grants awarded to theater-makers committed to “changing the narrative.” Janeece received her undergraduate degree from the University of Michigan with both a Voice Performance and Musical Theater emphasis, and her masters degree in Vocal Pedagogy from Westminster Choir College (Rider University.) Janeece is an adjunct professor of theater at Seton Hall University where she teaches acting and frequently directs main stage productions – most recently: Oklahoma, Twenty-Six Pebbles, and The Revolutionists. Janeece serves as special Advisor to Seton Hall’s Arts Council and sits on several boards within the tristate area, including the NJ Theater Alliance Board of Directors where she serves on the Equity and Access Committee. 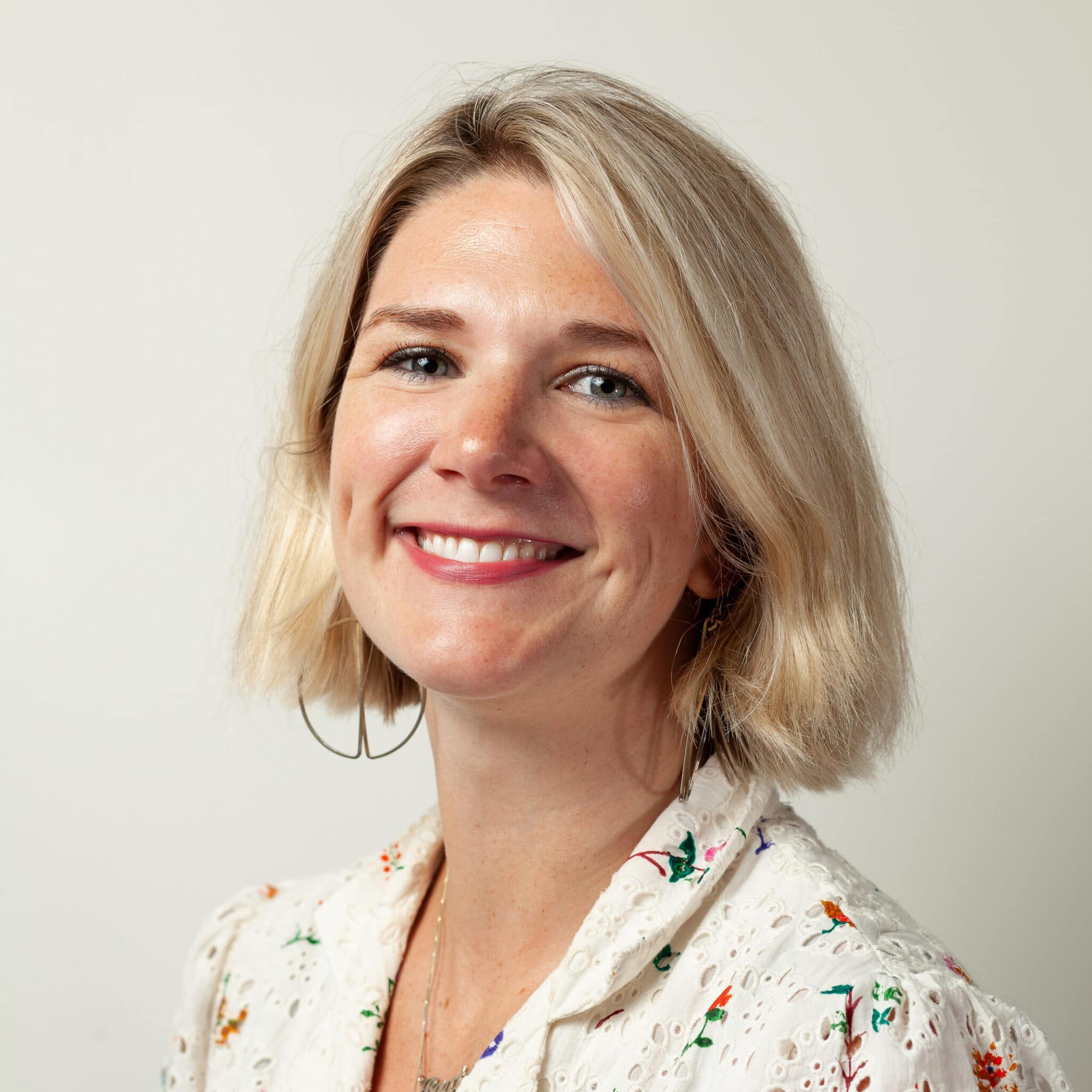 Jessica James, President of SOMA Action
Jessica James is a corporate social responsibility and nonprofit fundraising consultant and mindfulness-based meditation teacher. Jessica lives in Maplewood with her husband Chris and two sons, Baxter (7) and Pearce (3), and recently became the president of SOMA Action. She started her life in activism doing peer-based HIV/AIDS prevention in high school in her hometown of Birmingham, AL. Jessica also serves on the Board of Hand in Hand: The Domestic Employers Network and is currently leading Development for Common Defense, the country’s only grassroots movement of progressive veterans. Check out her website jessicajamesconsulting.com for more information. 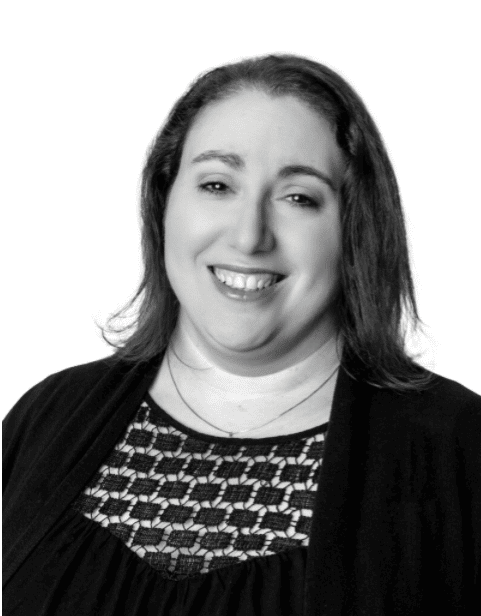 Rebecca Moses, Cantor at Temple Sharey Tefilo-Israel
Rebecca Moses joined TSTI in July 2012. She was ordained as Cantor in 2009 by the Hebrew Union College-Jewish Institute of Religion, Debbie Friedman School of Sacred Music in New York City, where she received her Master’s Degree in Sacred Music in 2008. She holds a Bachelor of Music Degree in Vocal Performance from the University of Missouri-Kansas City Conservatory of Music. Cantor Moses currently serves on the Executive Board of the American Conference of Cantors. Prior to becoming part of the TSTI community, Cantor Moses served for three years as Cantor-Educator at Temple Anshe Sholom in Hamilton, Ontario. Before ordination, Cantor Moses enjoyed a career in professional and community theatre. She enjoyed playing favorite roles in such beloved shows as Annie, Jekyll and Hyde, Into the Woods, Hank the Cowdog, Hershel and the Hannukah Goblins, the Phantom of the Alamo, and many more with companies across the country, but most especially with her mother’s theatre company, the Beth-El Players! She resides with her husband, Aaron, daughter, Alexandra, and son, Levi, in West Orange.