The following is from interACT Theatre Productions 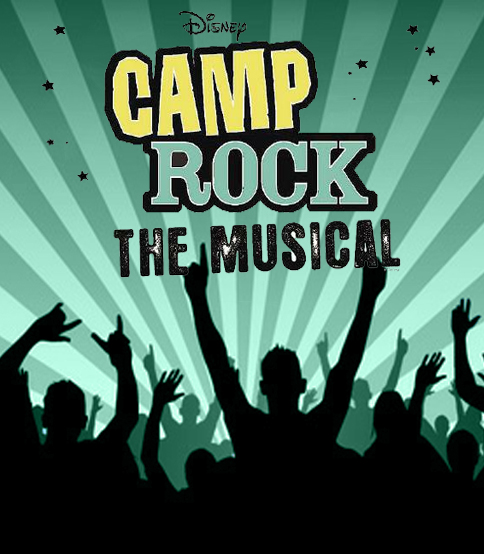 interACT Theatre Productions presents their annual youth production this December 2016, and this time, it’s Disney’s Camp Rock: The Musical! The show, based on the hit Disney Channel films, opens this Friday, December 9th, and runs weekends through Sunday, December 18th, for a total of eight performances at the Baird Center in South Orange.

Friday and Saturday evening performances begin at 7:30pm, and Saturday and Sunday matinees begin at 2:00pm. Online tickets are discounted at $12 for adults and $10 for students/seniors at www.interactproductions.org/camprock.  All tickets purchased at the box office in person are $15, and are available starting an hour before curtain, if the performance isn’t sold out.

Camp Rock: The Musical, which has songs written by former American Idol judge Kara DioGuardi, opens with Mitchie and her friends arriving at Camp Rock, ready to spend another summer jamming out and having the time of their lives. However, they’re surprised to find that the new, flashy Camp Star across the lake now threatens Camp Rock’s very existence. To keep the doors open, Mitchie steps up, rallies her fellow Camp Rockers and gets them into top shape for the ultimate musical showdown! The Disney Channel films starred pop idols Demi Lovato and the Jonas Brothers.

The show is directed and choreographed by recent Perry Award nominee Tasha R. Williams, with music direction by Erin Jonas, and stage management by Meara Franowicz. Rounding out the crew are producer Charley Harn, scenic designer Connor McCarthy, and lighting designer Zach Pizza. The cast consists of almost 50 young local performers, split into two casts. Both Rachel Cabrera and Sophie Glen star as Mitchie, with Aiden Harn-Flood playing Shane. The cast gave a sneak preview of some songs from the show last weekend at South Orange’s tree lighting event “Light Up the Holidays in Seton Village.”

Founded in 2009, the organization has been bringing theater to the community for eight seasons. Camp Rock: The Musical is interACT’s final production of 2016, but there are three more shows happening during their 2016-2017 season: Rasheeda Speaking, Pride & Prejudice, and Sister Act: The Musical. All will go up in the winter and spring of 2017.