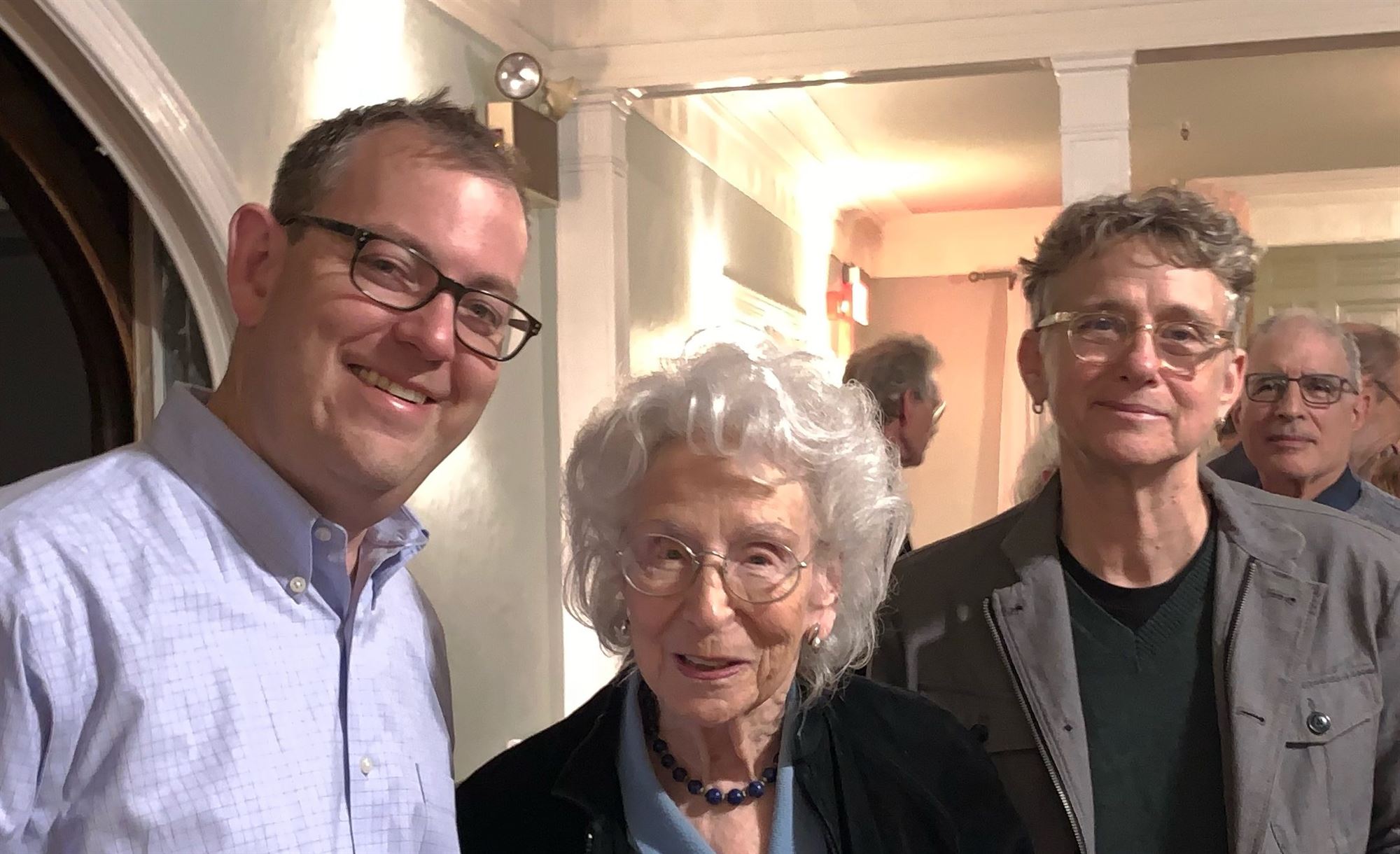 On Thursday, October 10, two luminaries of local journalism spoke to an enraptured crowd at The Woodland in Maplewood.

Charles Ornstein of ProPublica and Nancy Solomon of WNYC Radio shared messages of both despair and hope, outlining the revenue and employment realities facing journalism locally and nationally at an event sponsored by  the South Orange-Maplewood Adult School’s Eva Samo Lecture Series.

The two were there for another reason as well: This year, ProPublica has been funding Solomon and reporter Jeff Pillets’ work at WNYC “investigating the power and influence wielded by party bosses in New Jersey’s political system.”

That project is a bright light in the darkness of local journalism as New Jersey news organizations like the Star-Ledger (NJ.com, owned by NJ Advance Media) and The Bergen Record (northjersey.com, now owned by Gannett) continue to face cuts to the newsroom, leaving hundreds of local journalists unemployed and creating “news deserts” throughout large swaths of New Jersey’s 565 municipalities, 21 counties, nearly 600 school districts and even at the statehouse where NJ.com’s staff is down to only 7. The New York Times, which once had a full New Jersey section, now has zero reporters assigned full-time to New Jersey.

Encouragingly, Solomon described some of her findings about South Jersey powerbroker George Norcross to the audience, outlining how the un-elected Norcross is at the center of real estate development in Camden and appears to be driving lucrative deals to political and business allies. As Solomon wrote, “internal documents, memos and emails obtained by WNYC and ProPublica [offer] a rare window into how the Norcross political machine wielded influence over development in Camden after the state adopted [a] new tax break program,” and “whether companies abused that program is now the subject of state and federal investigation.”

Despite the success of her work, Solomon struck a somber note. “Absent a grassroots movement, I don’t think investigative journalism can save New Jersey. … If we want to see real change in New Jersey, voters have to get involved.”

Ornstein was more hopeful. “When you do journalism in a sustained way, you can see meaningful change.” Ornstein pointed to an exposé that ProPublica funded about RWJ Barnabas Health/Newark Beth Israel Hospital’s transplant program; Ornstein noted that, while readers can find “commoditized news” anywhere — fires, car crashes, crime — investigative news is hard to come by and, he contends, people will pay for it. Ornstein said that investigative news was proven to drive subscriptions. “Investigative reporting can save news and it can save New Jersey!” Ornstein said as the evening ended.