The Papp house was quiet, save for the lilting sound of occasional laughter. There was no music, no dancing, little noise – but it was a party, and those in attendance felt their hearts swell as they witnessed one of South Orange’s oldest former residents turn 100. 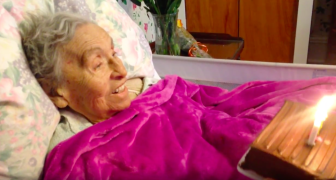 Lying in her upstairs bedroom, Mrs. Theresa M. Papp was unable to speak, but when her priest, granddaughter Kaitlyn Campi and daughters Theresa and Nancy entered the room with a chocolate birthday cake, flowers and a song, she managed a bright smile. Papp has journeyed a long way in those 100 years: she was born in 1916 in Hollfeld, Germany, a small town outside of Bavaria. “Mom was called Theresa Von Wittauer at birth, but my grandfather shortened their last name to Wittauer because he felt it was too pretentious,” notes daughter Nancy Campi. “The family lived in the middle of the square – and her house, the Wittauer house, is now over 600 years old!” Originally a monastery, the Wittauer house has 12 bedrooms; the upstairs hall was so huge that Theresa’s father put up two hooks and a swing for the children to use on rainy or snowy days.

With such an auspicious beginning, Mrs. Papp’s well-off family saw hard times in the 1920’s and decided to come to the United States. “They sent two of their ten children over here first, and those two reported back,” says Campi. In 1926, the family settled in Bensonhurst, Brooklyn, and bought a four-family house. Mrs. Papp was 10. 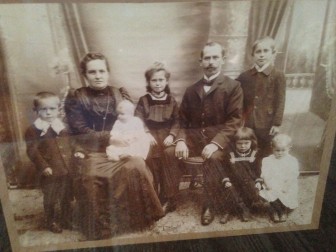 Later, she met her future husband, Joseph Papp (not he of the Public Theater) in front of a high school. They married when she was 18, and he was 21. The family lived mostly in Mount Kisco, New York and Emmitsburg, Maryland; they settled in South Orange in 1952, where they lived and raised their children for the next 23 years. With 22 years’ difference between the oldest and youngest, Mrs. Papp had no time for hobbies or fun besides reading, and was a stay-at-home mother while Mr. Papp worked at B. Altman and Co. as director of purchasing. “He started as a stock boy, and was there for 45 years, his whole career,” says Campi. “When they got married, Mom stopped working as a dress model at department stores. But she won the ‘Mrs. America’ pageant when she was 23, and Charles Atlas was one of the judges!”

As a homemaker, Mrs. Papp was involved with the bandage-rolling group at Our Lady of Sorrows, her long-time parish. “The women used to get together and take old sheets and make bandages for people with leprosy,” explained daughters Theresa and Nancy. Papp was also active with the Republican Club in South Orange and the Women’s Club, the OLS rosary society, was a den mother for the cub scouts, and a volunteer for OLS school lunch periods. 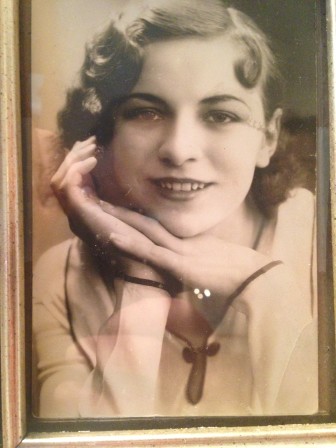 “She liked to laugh, tell stories and was always smiling at my brother and me across the table. She told us nursery rhymes, too,” smiles her granddaughter Kaitlyn. She lived on a farm in Germany, and there were little ducks that she played with as a girl. She called my brother and I her ‘little ducks,’ and even a few weeks ago she would ask about us.”

Often recalling her childhood in the German countryside, a favorite story of Mrs. Papp’s was about the times she brought a hand mirror to school and hid it in her bag: she wanted to be in the playground, not in class, so she would angle the mirror into the sun and shine the light into her teacher’s eye, causing mischief. “She hid the mirror, and she never got caught, but she thought it was funny,” Campi says. For a time, Mrs. Papp lived with Nancy and her family. “Every night we would say a prayer in German, and I don’t know what the English translation is, but we would say it every night as a family before we went to bed. I still say it every night before bed,” she relates.

Asked what her mother’s best quality was, Nancy answers emphatically: “She was very patient! I think I have only seen her get angry once. “ With seven children, patience is indeed a virtue, as was a sense of family history. “She used to talk about her family life in Germany, and how after meals every day the family would sit together and pray the Rosary at night – they were very Catholic, and very religious.” And the Papp family is one with longevity on their side. Mrs. Papp’s mother lived to 96, her sister Mary was 97, and her other sister Barbara lived until 100. As one of ten children at a time when much of medicine was unknown, Mrs. Papp lost several siblings early on. Back in Germany, she had a smaller sister who accidentally ate poison berries off a tree and died, and a brother who died in New York in his twenties in a car accident. Another brother jumped off a farm tractor-trailer and perished. Campi says sadly, “Her mother buried six children before she died.” 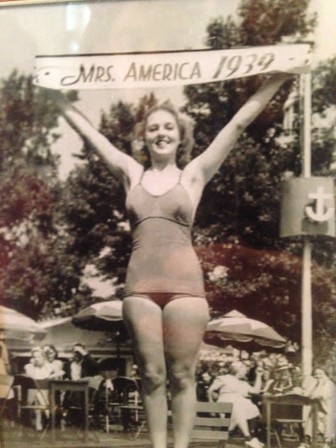 Sitting in the parlor of the Elizabeth, NJ house Mrs. Papp and her daughter Theresa now live in, daughter Nancy explains the prayer her daughter could not translate. “I used to recite this to my kids, too,” she says. “Dear God, I hope to come to heaven to see you… I love you,” she recites in German and English. Daughter Theresa adds that she has always thought of her mother as a “living saint”. “She has so many virtues of holiness that were evident all these years, like patience, love, generosity, forgiveness, and understanding.”

As the guests leave, the party, all is quiet again, but the German prayer that means so much to Mrs. Papp and her family hangs in the air, blanketing the winter afternoon with love.