Facebook lit up on Friday, June 18, as South Orange residents in the Seton Village neighborhood reacted in real time to a beloved neighborhood mural being painted over. Today, the property is pledging to work with his new tenant and neighbors to replace the lost art.

The mural, at Ward and Irvington, was created through ArtBender, a project created by local resident Danni Michaeli to thank the community for its support as his husband David Adox battled ALS (Dave passed away on May 18, 2016). 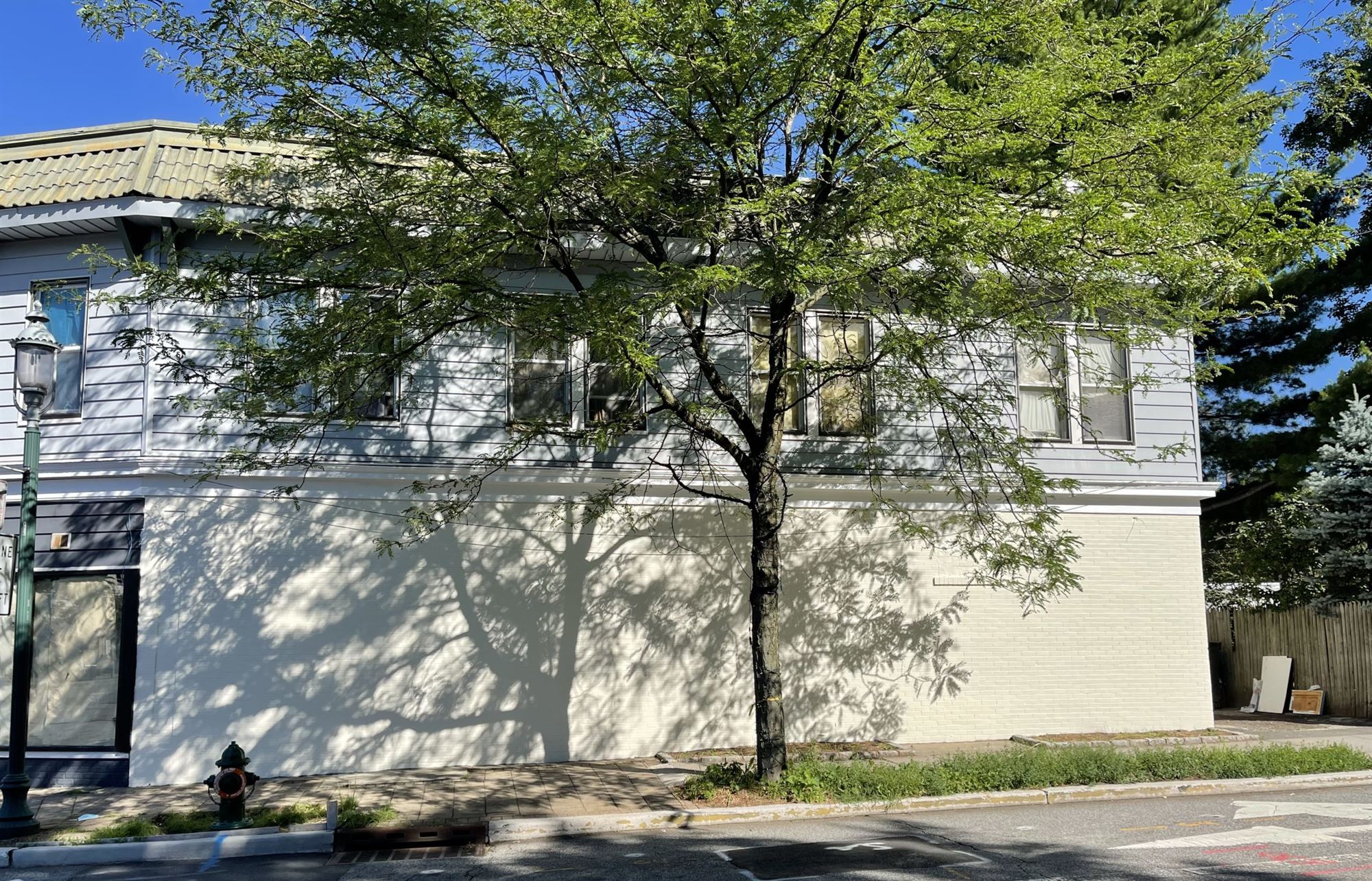 On June 18, South Orange Trustee Summer Jones responded to the messages of alarm she was receiving, along with pictures of a worker rolling white paint over the mural (the mural vanished in just 20 minutes) on social media, saying she was contacting the business owner and tenant. Jones told Village Green that she was soliciting high resolution photos of the mural in hopes of being able to replicate it; Village Green sent all photos from past coverage of the mural, which was installed in 2016.

Jones stressed that both the property owner and the tenant had the right to remove the mural without consulting any township agencies. She also encouraged residents to support the commercial tenant when the business opens, as the Irvington Avenue commercial strip (along with retailers and brick-and-mortar businesses globally) have struggled throughout the pandemic and the township is working hard to attract tenants to fill vacancies.

Michaeli also struck a cautionary note on social media on June 19, clearing up the misconception that the mural was a memorial to his late husband. “The Seton Village Mural, like the Celebration Garden, were never meant to be memorials,” said Michaeli. “They were just crazy magical ideas that a bunch of us made happen with Dave’s spirit, and I’m grateful to the building owner and the town officials who helped us bring all these things to life. I feel so blessed to be part of this wonderful community that made all this happen.” Michaeli offered a forward looking approach: “We can always paint another mural, plant another tree, decorate a neglected corner somewhere and remember who we are as a community that comes together in love. I’m looking forward to it.” (See Michaeli’s full post below.)

On June 22, property owner Sayid Nagim responded with a press release sent to the township of South Orange, apologizing for the “error” and pledging to work with his new commercial tenant in “financially supporting the installation of a new mural to replace what was lost in cooperation with the new tenant.”

On Friday, June 18, Mr. Sayid Nagim was distressed to learn that the community mural celebrating the life of Mr. David Adox and his courageous fight against Amyotrophic Lateral Sclerosis (“ALS”) was inadvertently painted over by a new tenant moving in to the 325 Irvington Avenue commercial space in the Seton Village neighborhood.

Please know that Mr. Nagim was not aware that the mural would be painted over and the new tenant, eager to be a vibrant business owner, was not yet familiar with the neighborhood to understand its significance. This was an error that we collectively take responsibility for and apologize to the South Orange community – particularly Danni Michaeli, David’s husband and principle of the mural project – as well as the artist Betsy Davis, volunteers and donors to the Artbender project.

When South Orange Village and Artbender initially approached Mr. Nagim for permission to paint the mural, Mr. Nagim was honored and quick to agree acknowledging the importance and beauty of honoring a beloved Seton Village resident who, to this day, remains in the hearts and minds of so many families that he touched and through his words and actions emulated his wish, “Until Further Notice… Celebrate Everything!”

In the upcoming weeks, Mr. Nagim will be working with townships officials and community stakeholders, and financially supporting the installation of a new mural to replace what was lost in cooperation with the new tenant.

Dear neighbors, a lot’s been written about the demise of the Seton Village mural the last few days. As one of the principles of the mural project, I want to give a little bit of history and clear up some misconceptions. My husband developed ALS in 2014, a few months before the birth of our son. He was an excellent person and very loved by many people. Our town, and our little neighborhood, really came through for him in ways that I can’t even describe here. After Dave was honored as villager of the month, we started thinking about how to give back to the community, and came up with the idea for ArtBender, a community development arts project and fundraiser for Arts Unbound. 24 hours of art. Our first project was the Seton Village mural, painted together by many of our neighbors over those 24 hours. In subsequent years, The Celebration Garden in Grove Park and the mural in Spiotta Park also happened as part of ArtBender.

Dave’s condition was pretty rough; he deteriorated quickly and he needed to say goodbye to this world. Coincidently, he died days after the first ArtBender, and that’s why the mural will forever be remembered in his honor by those of us that were there. Dave fought tirelessly to give to this world until his last moment of life, and after many hurdles including 3 eleventh hour cancellations, his final wish was granted: he was disconnected from his ventilator and subsequently donated his organs. In all, he donated 3 organs, as well as donating his brain and spinal cord tissue for research. Five years later, his organ recipients are still alive and well.

The Seton Village Mural, like the Celebration Garden, were never meant to be memorials. They were just crazy magical ideas that a bunch of us made happen with Dave’s spirit, and I’m grateful to the building owner and the town officials who helped us bring all these things to life. I feel so blessed to be part of this wonderful community that made all this happen.

When Dave first got sick, he posted a banner for all of us: Until Further Notice… Celebrate Everything! We can always paint another mural, plant another tree, decorate a neglected corner somewhere and remember who we are as a community that comes together in love. I’m looking forward to it.