The Cassidy Bar + Kitchen, a popular restaurant in the heart of Maplewood Village, has shut its doors.

Owner Jennifer Carlin said it was “with sadness” that she and husband/chef Tom Carlin announced that The Cassidy “will not be able to endure the economic impact of this pandemic.” The couple’s other restaurant, The Gladstone Tavern, will remain open.

Like other local eateries, The Cassidy pivoted to take-out and delivery when the pandemic first struck. In March, the Carlins temporarily closed the restaurant as a safety precaution for staff and guests. They reopened in June for take-out and outdoor dining, before deciding earlier this week permanently close.

The husband and wife team brought their vision of a homey but contemporary bar/restaurant model to the newly built Clarus at the former U.S. Post Office site in November of 2017. The restaurant garnered accolades, including a designation as one of the top 25 best new restaurants in New Jersey by NJ Monthly magazine in 2018. 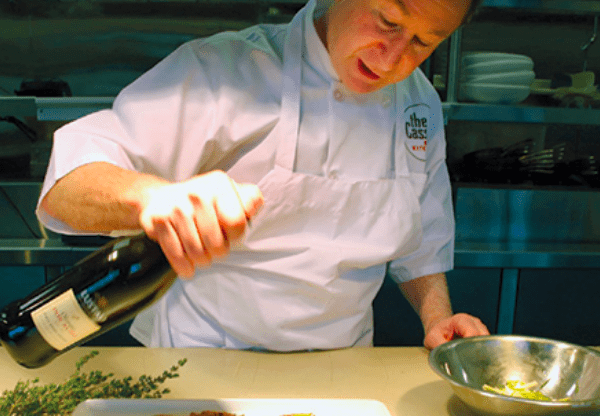 Chef Tom Carlin at The Cassidy

“Some years ago I was speaking to Tom about a town related topic when we got talking about his opening a restaurant in Maplewood, which was his dream as a guy raised in MAPSO,” said Township Committeeman and former Mayor Vic DeLuca. “I was happy to connect him with the Clarus developer and he and Jen opened The Cassidy. It was a terrific addition to Maplewood’s restaurant scene. I was last there last February when [my wife] Janey and I enjoyed a great Valentine’s Day dinner. Unfortunately COVID-19 did in The Cassidy. Thank you Tom and Jen for your investment in and contributions to our town. May you continue to have success with the Gladstone Tavern and stay healthy going forward.”

“We are fortunate to have had a great run in Maplewood,” said Jen. “Come join us at The Gladstone!”