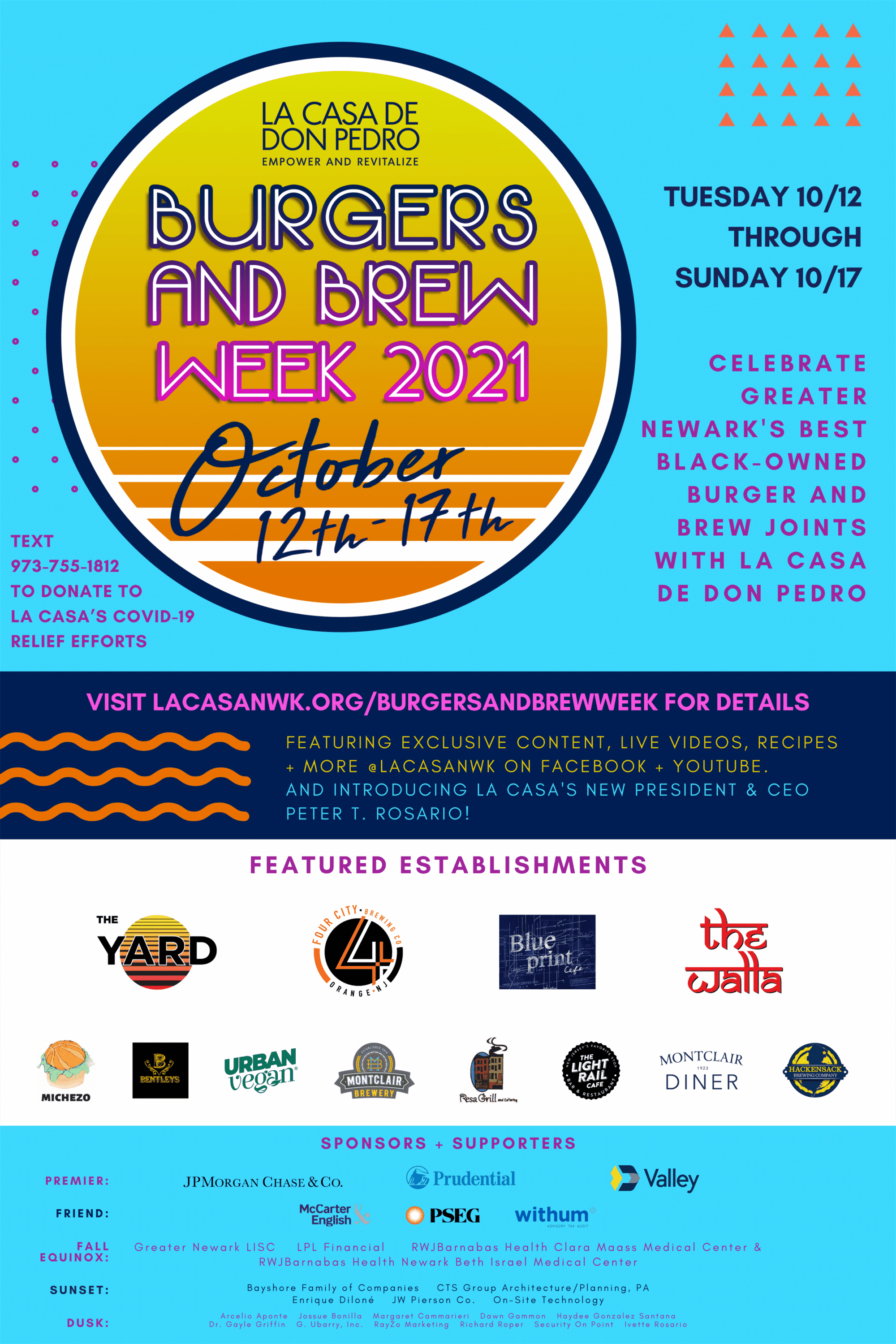 Not only is the goal to support and raise awareness for Black-owned businesses in and around Greater Newark, La Casa de Don Pedro also seeks to raise funds for their COVID-19 relief efforts, including rental assistance, food relief, job placement services, and Covid-19 vaccination education and outreach. This work began immediately at the start of the pandemic and continues to be a reliable source of hope in the community of North Newark, which La Casa has served for almost 50 years.

“The reality is we have to stand in solidarity with each other. This an important message for us and it fits right into our mission to foster self-sufficiency, empower others, and to revitalize neighborhoods. And there’s no better way to do that than by celebrating and supporting Black-owned businesses,” says Peter T. Rosario, the new President and CEO of La Casa de Don Pedro.

The week-long digital and interactive celebration will feature a number of handcrafted videos released daily on La Casa’s social media platforms along with a social media challenge that incentivizes those who patronize and share their experiences at participating establishments. The Burgers and Brew Week Kick Off video is scheduled to air on Tuesday, October 12th and will introduce viewers to La Casa’s new President and CEO Peter T. Rosario. Other pre-recorded and live videos will follow throughout the week, taking viewers behind-the-scenes at the week’s featured restaurants and breweries known for their unique burgers and craft beer. The week will conclude with a farewell video tribute to La Casa’s longstanding Executive Director Raymond Ocasio. 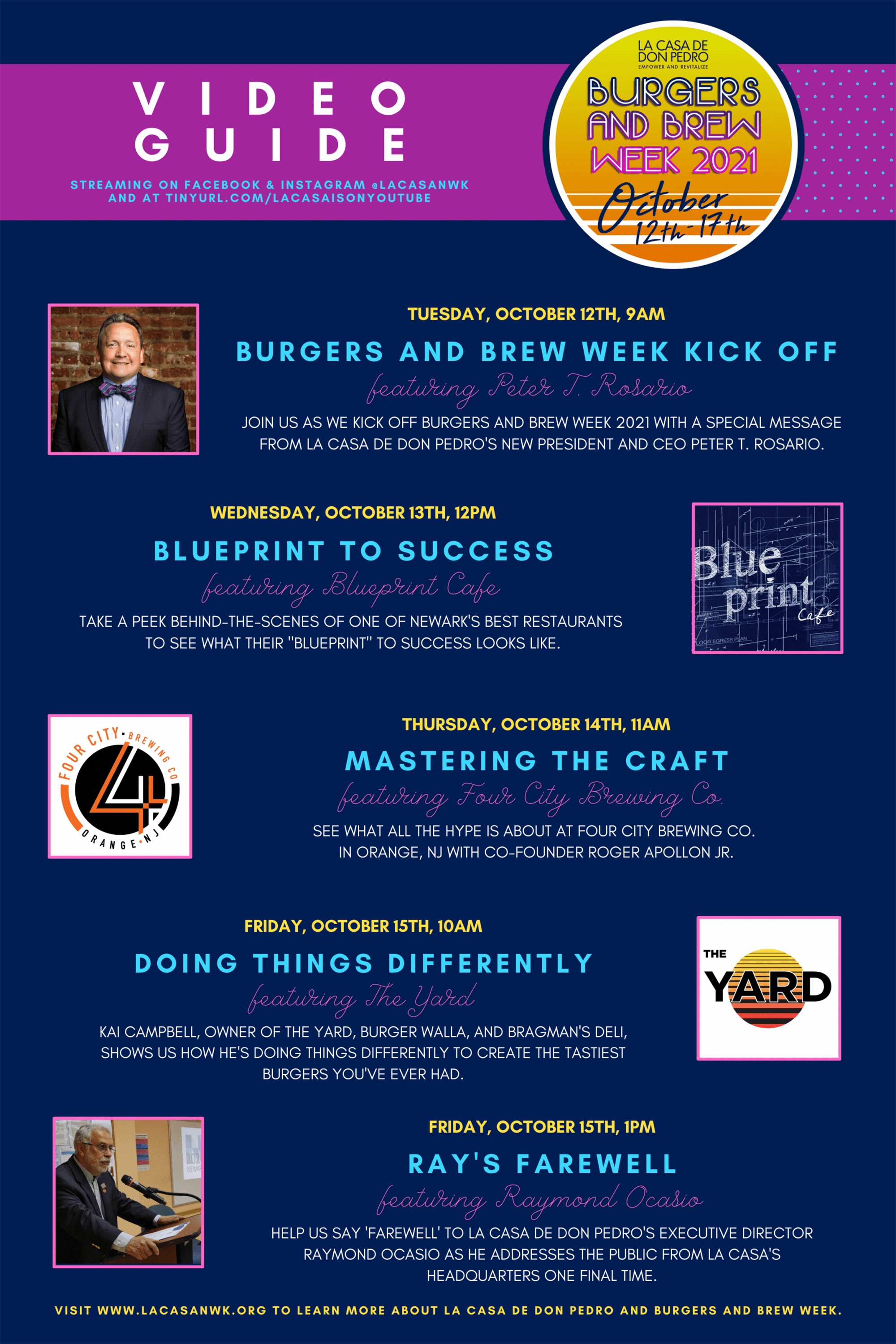 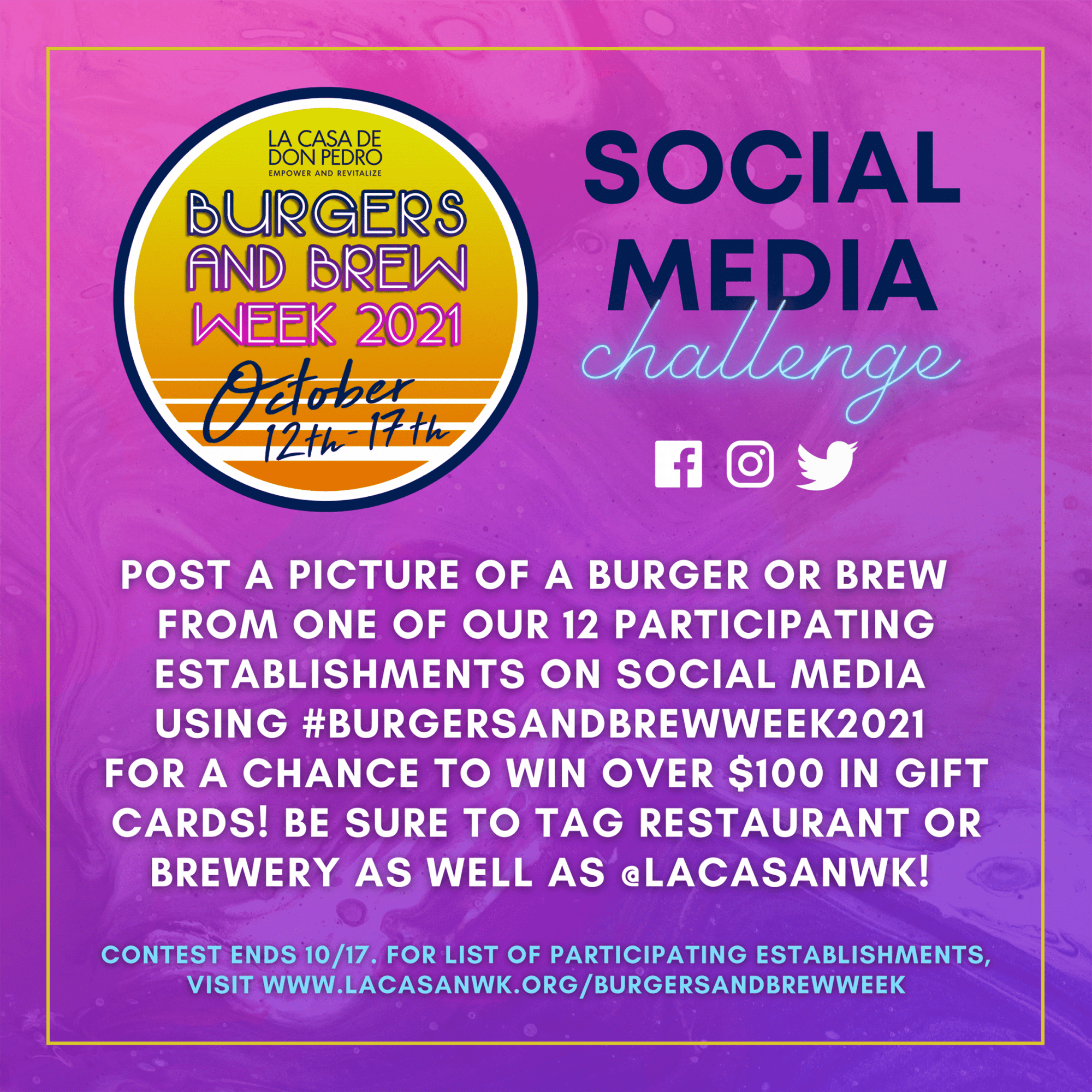 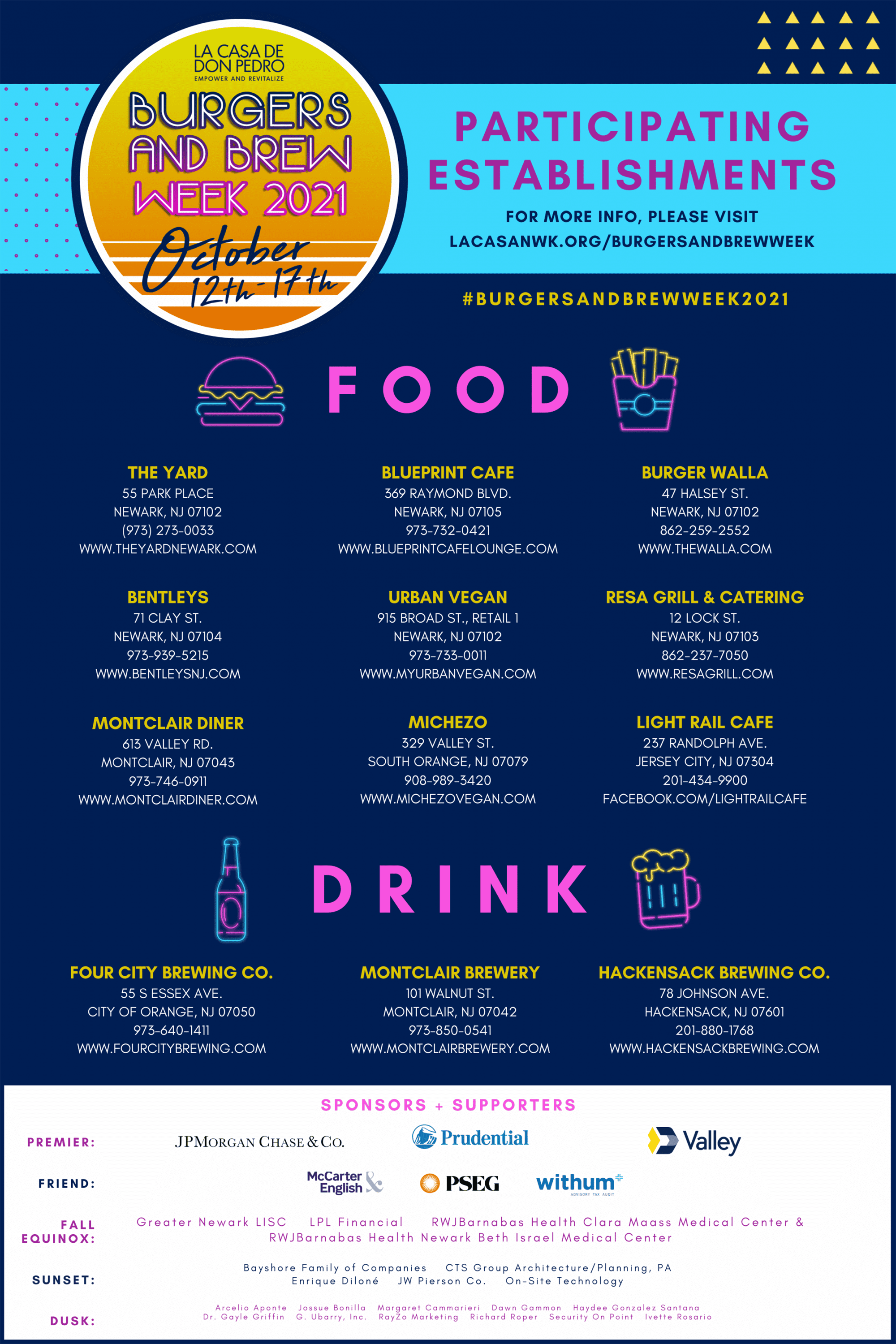