When Daniel Ives died suddenly and tragically this past September, friends and loved ones were devastated — but determined to remember Danny in the most fitting way possible.

“After Danny’s passing we decided to start a gofundme account and we just had such an the outpouring of love and support from the community,” says Alyson York, the director of the newly formed Daniel Ives Foundation, which has already raised more than $48,000. The Foundation made its first major donation today, awarding $5,000 to CASA for Children of Essex County, an organization that works to provide advocacy for Essex County’s 1,200 foster children. 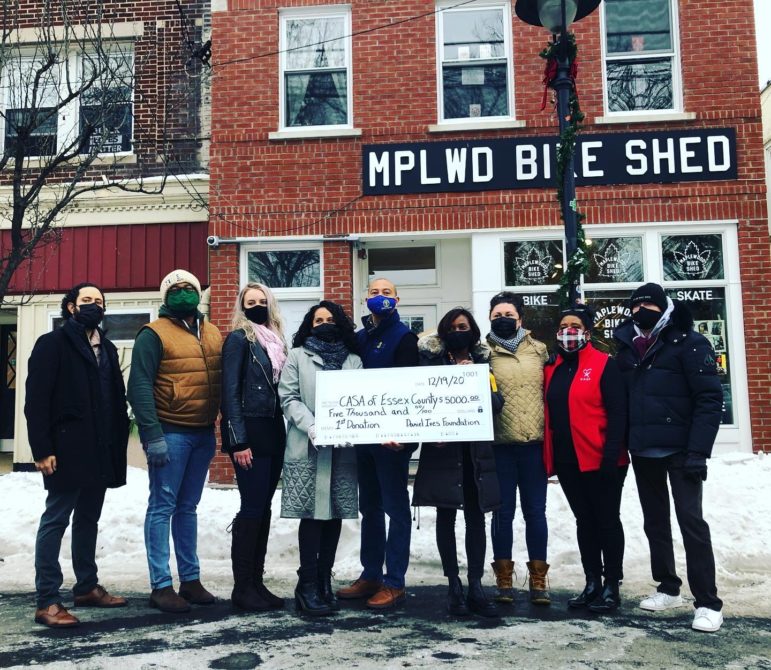 “We all put our heads together and decided that the best thing that we could possibly do was to give back to the community that Danny loved so much and that loved Danny and with his business here [Danny opened Maplewood Bike Shed on Springfield Avenue in March 2020] so what better way to give back than to provide children with bicycles and helmets and locks and share his passion with future generations in his community and surrounding communities.”

York credits friend of the Foundation Ed Schwartz with coming up with the idea to benefit CASA; Schwartz is on the board of CASA.  “We decided that the first donation should be to CASA in order to get kids bikes for the holidays,” said York.

“We’re just looking forward to seeing these kids get their bikes and having a nice Christmas and holiday season.”

The foundation will continue working to bring the joy of cycling and skateboarding to children throughout the year.

Maplewood Mayor Frank McGehee said that the foundation’s gift to CASA was the perfect way to honor Ives’ memory since he was devoted to mentoring children and sharing his love for bikes and boards. “Danny’s love lives on,” said McGehee.