The protesters — some carrying signs emblazoned with coat hangers and statements like “Bans Off our Bodies” — listened to speeches by local politicians and activists, and chanted in support of reproductive rights.

The rally was organized by SOMA Action, THRIVE NJ and Planned Parenthood NJ, among other organizations.

“The SOMA Action community is heartbroken and furious about today’s SCOTUS decision.  We are here tonight to express our outrage,” said Jami Thall, a SOMA Action reproductive justice chair, who said the group had been planning the rally for a few weeks but sprang into action when the decision came down Friday morning. 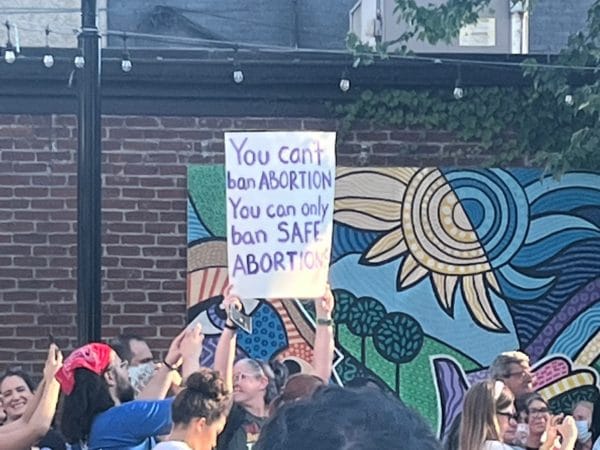 “Tomorrow we get to work to fight for access to abortion care for all here in NJ and the rest of the country,” said Thall.  “Our hope is that once people gather to express their outrage tonight they will get to work next week contacting our legislators, specifically the leaders of the NJ Senate & Assembly, to demand that they pass legislation to increase abortion access here in NJ.” 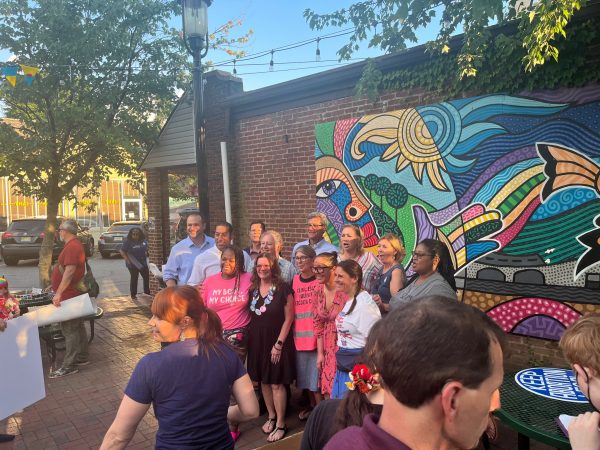 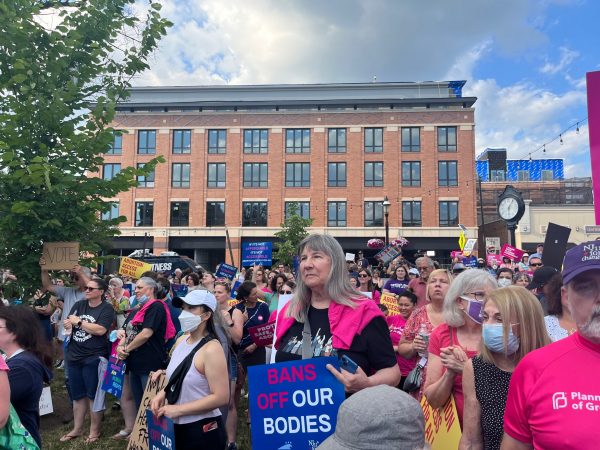 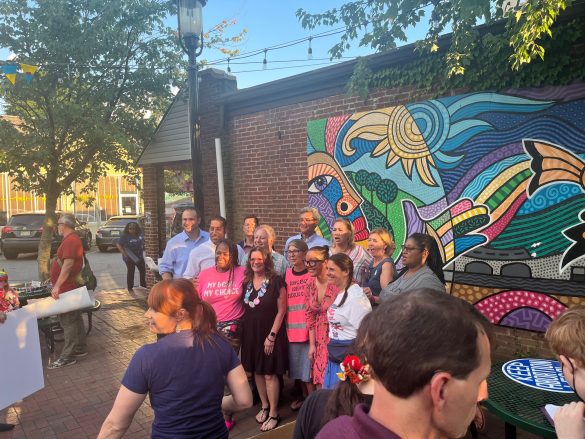 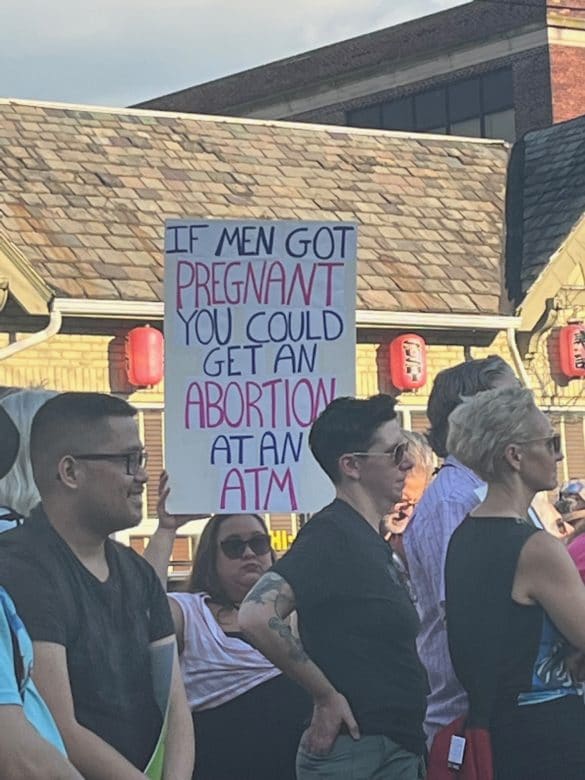 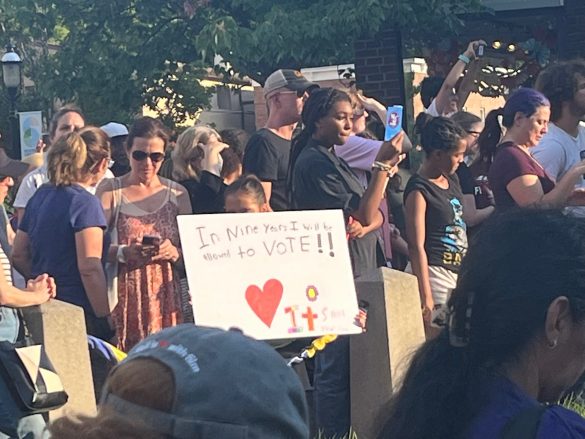 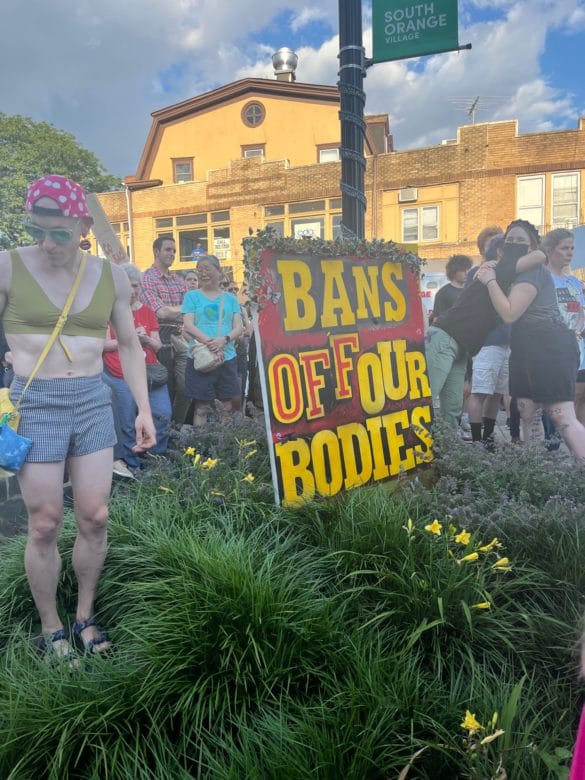 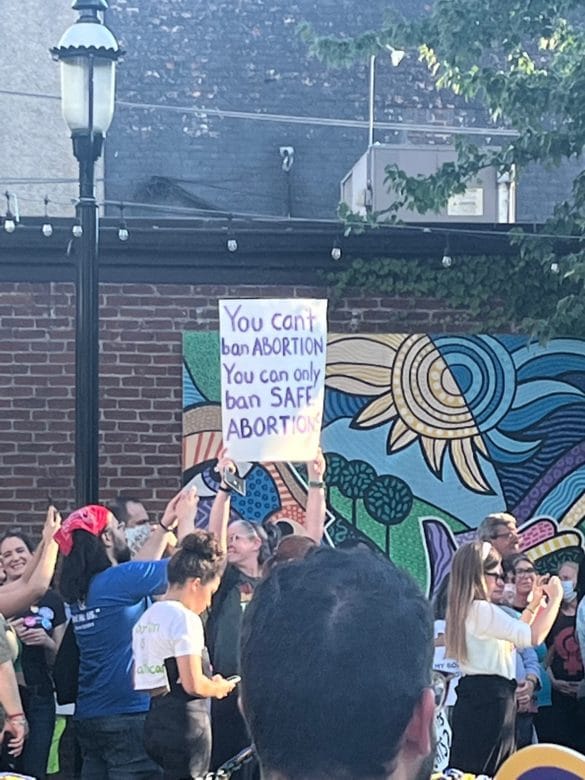 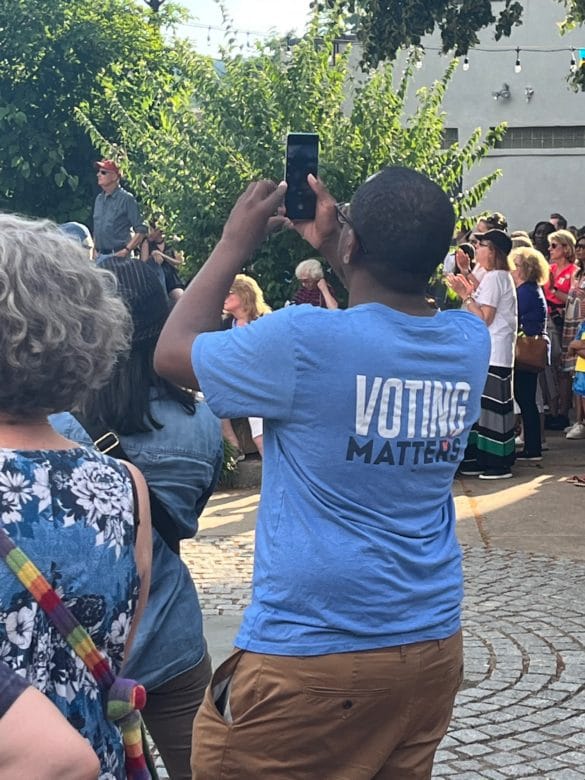 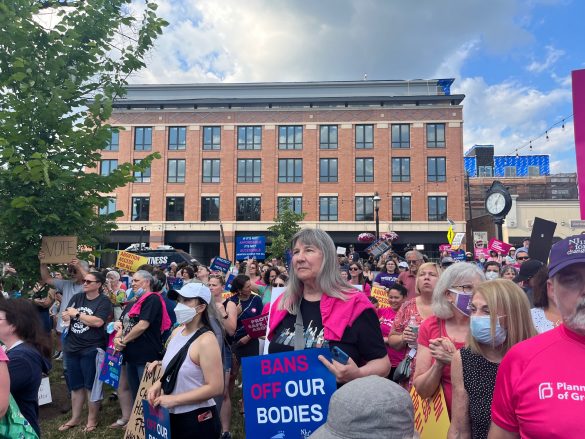 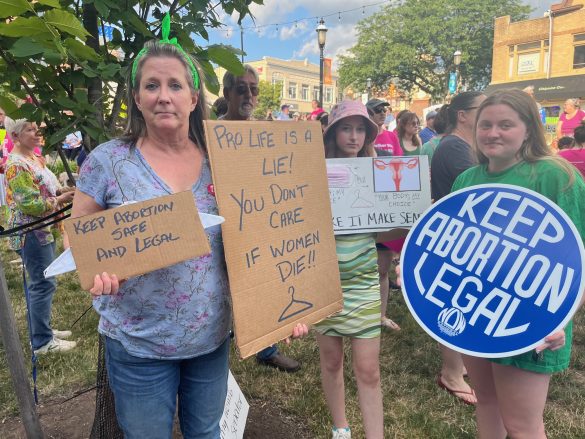 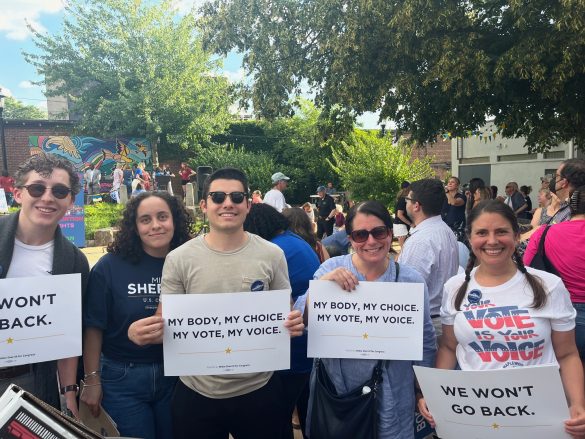 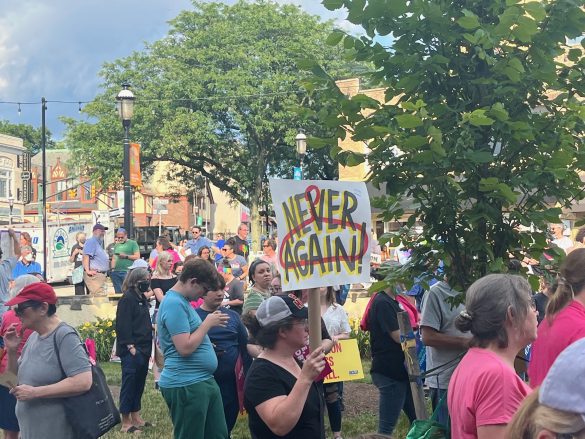 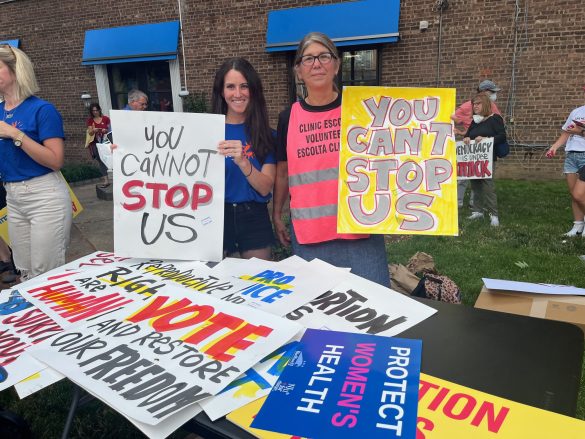 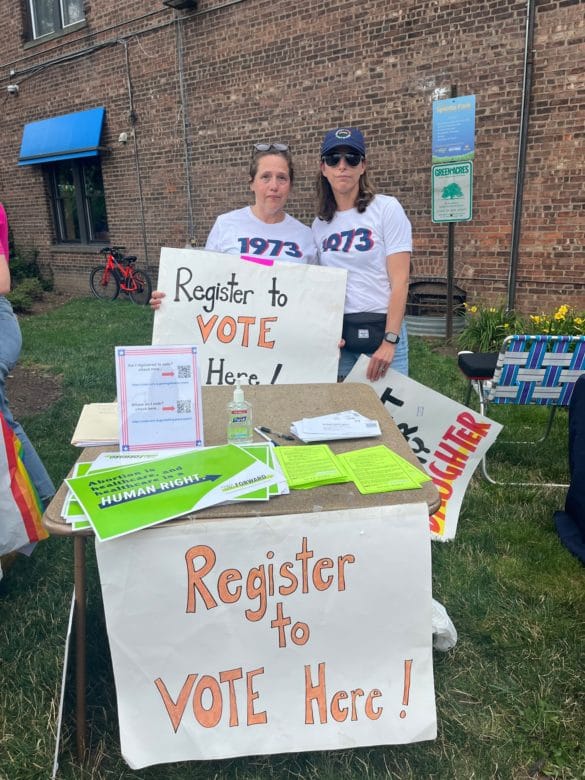 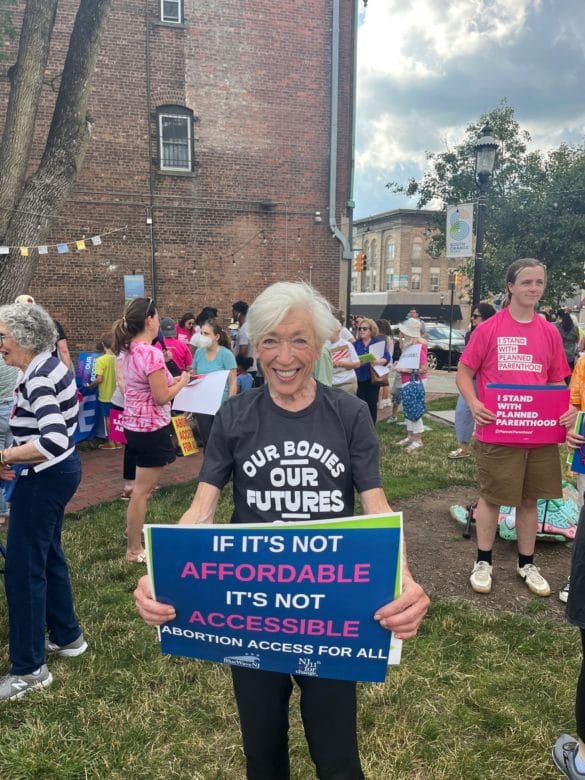 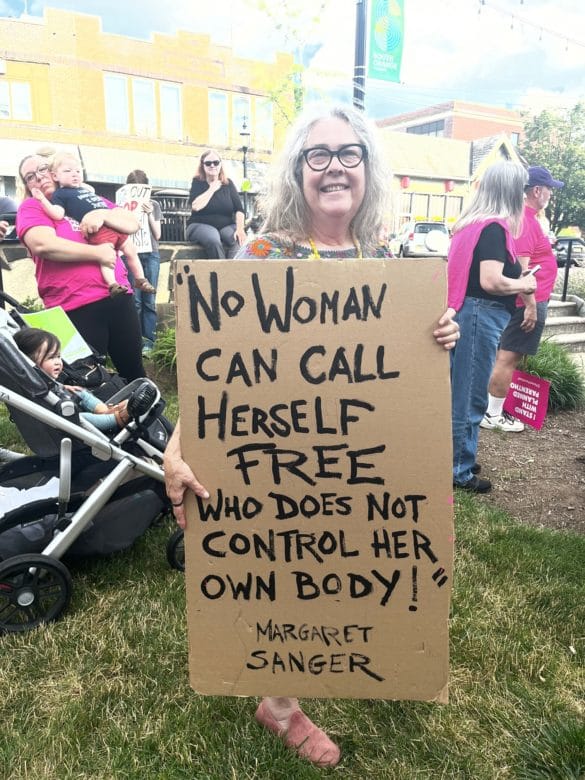 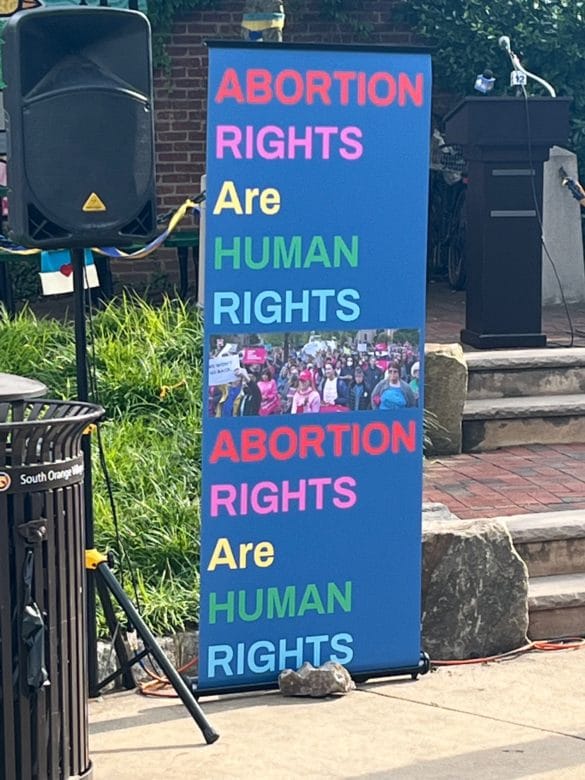