The Village Green May 11, 2021
0 FacebookTwitterPinterestEmail 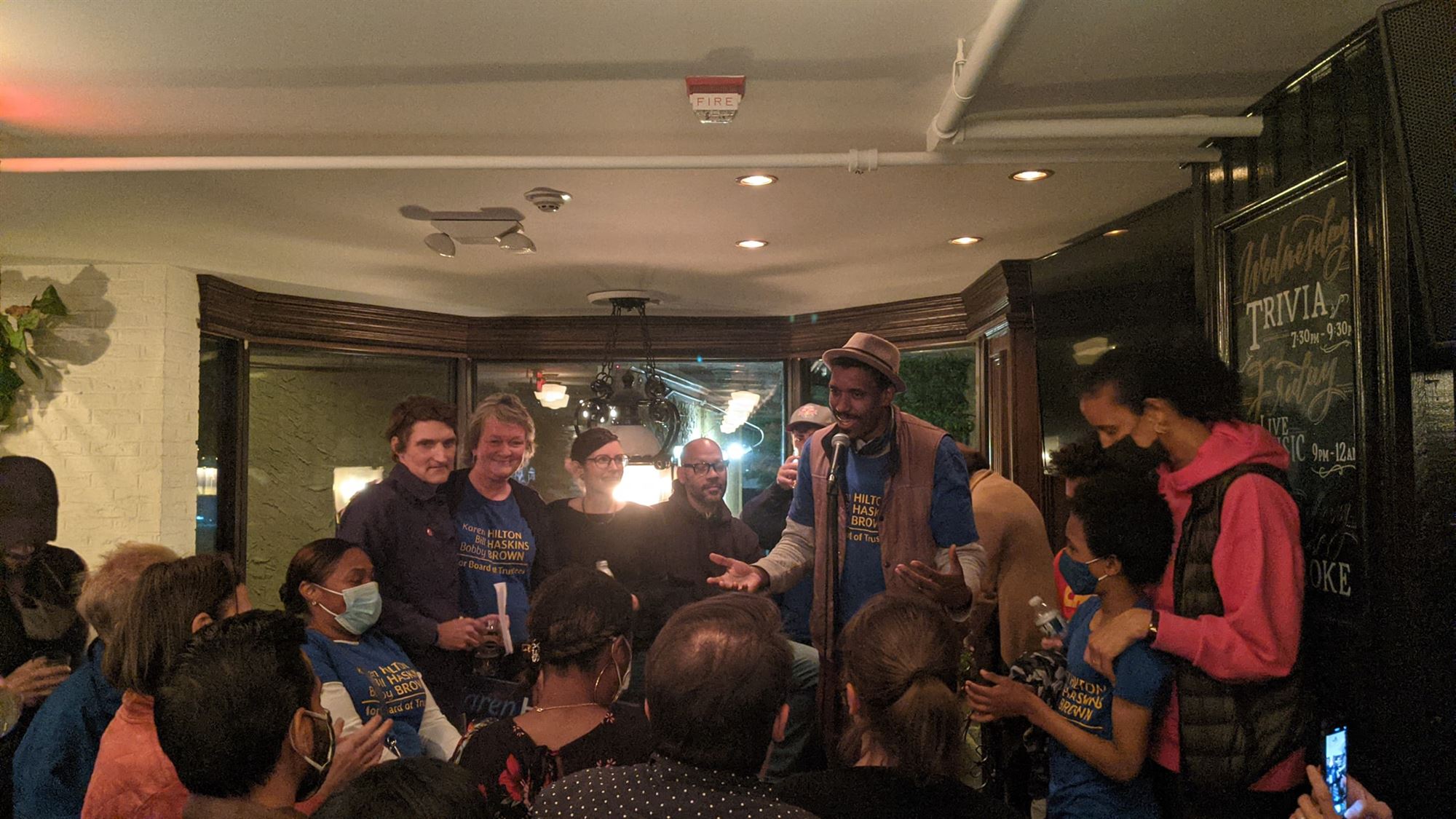 The slate — which occupied Line B on ballots — celebrated tonight at The Fox & Falcon in South Orange Village Center.

The Essex County Clerk reported that Brown, Hilton and Haskins enjoyed a sizable lead over Neil Chambers with 12 of 12 districts reporting. Brown led with the most votes at 1,029, Hilton had 1,008 votes and Haskins garnered 991. Chambers rounded out the field in fourth place with 183 votes. The top three vote-getters won seats on the 6-person Board of Trustees.

Congratulations poured in on social media. Maplewood Township Committee member Greg Lembrich wrote, “Congratulations to Karen Hartshorn Hilton, Bill Haskins, and Bobby B Brown on their resounding election to the South Orange Village Board of Trustees today. A well deserved victory, and I look forward to seeing their service and working together to continue the partnership between our communities.”

South Orange Village President posted a video on Facebook congratulating Hilton, Haskins and Brown and thanking Trustees Steve Schnall and Walter Clarke who will be retiring from the BOT.