Maplewood Democratic Committee Chair: How to Vote This Year (Hint: Do It Soon)

The Maplewood Democratic Committee speaks with voters regularly about elections and voting. In speaking with Maplewood residents this year, it appears that there is still some confusion about voting in this very important election year. We hope that this will help to clear up any confusion. 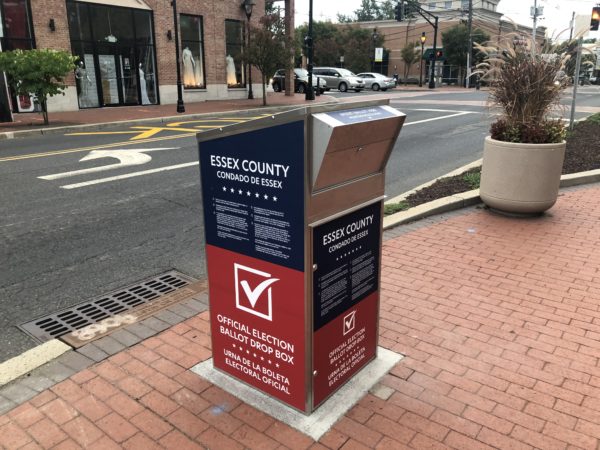 In response to the Covid-19 pandemic, and in an effort to protect all New Jersey residents, Governor Phil Murphy issued an Executive Order on August 14 creating a modified vote-by-mail election for the November 3 General Election. County Election Officials were then required to issue vote-by-mail ballots to registered voters. Essex County Clerk Chris Durkin began forwarding the mail-in ballots to all registered voters in the county on September 28. All vote-by-mail ballots include pre-paid postage.

There are a number of ways to return the vote-by-mail ballots. The first is to mail them no later than November 3.

The second way is to return by hand to the County Clerk’s office at 465 Martin Luther King Boulevard, Newark.

The third way, which is probably the easiest, is to drop off your ballot at a secure drop box, where County Election Officials pick up the deposited ballots every day up through and including Election Day. The Maplewood Drop Box is on the sidewalk directly in front of the Maplewood Police and Courts Building at 1618 Springfield Avenue, where they can be dropped off at any time.

Finally, the vote-by-mail ballots can be dropped off at one of four in person voting sites on November 3. Those voting sites are listed below.

Durkin (who was born and raised in Maplewood) has produced a short video which clearly explains the voting process during this year, the link for which is below:

We urge all Maplewood voters to take advantage of the vote-by-mail procedure this year to protect yourselves and your families during these challenging times. Many people have taken the opportunity to post photos of themselves and their family members dropping off their mail-in ballots at the dropbox on Springfield Avenue, sharing their participation in this year’s all important election on social media.