The five candidates running for three seats on the South Orange-Maplewood Board of Education will meet in three debates or forums this month, it has been announced.

From SOMSD Presidents Council and League of Women Voters:

MAPLEWOOD, N.J. — The South Orange-Maplewood School District Presidents Council and League of Women Voters will jointly present a 2022 Board of Education Candidate Debate at 7:30 p.m. on Monday, October 10, 2022 in the District Meeting Room at 525 Academy Street, Maplewood.

The debate will include the five candidates who are currently vying for three-year terms on the South Orange-Maplewood Board of Education: Regina Eckert, Bill Gifford, Will Meyer, Ritu Pancholy, and Nubia Wilson. There are three open seats on the nine-member board. The debate may include questions on topics such as curriculum, equity and inclusion, special
education, communication, and safety and security. It will be moderated by Cathy Kazan of the Wayne League of Women Voters. A livestream option will also be available. Election Day is on Tuesday, November 8. 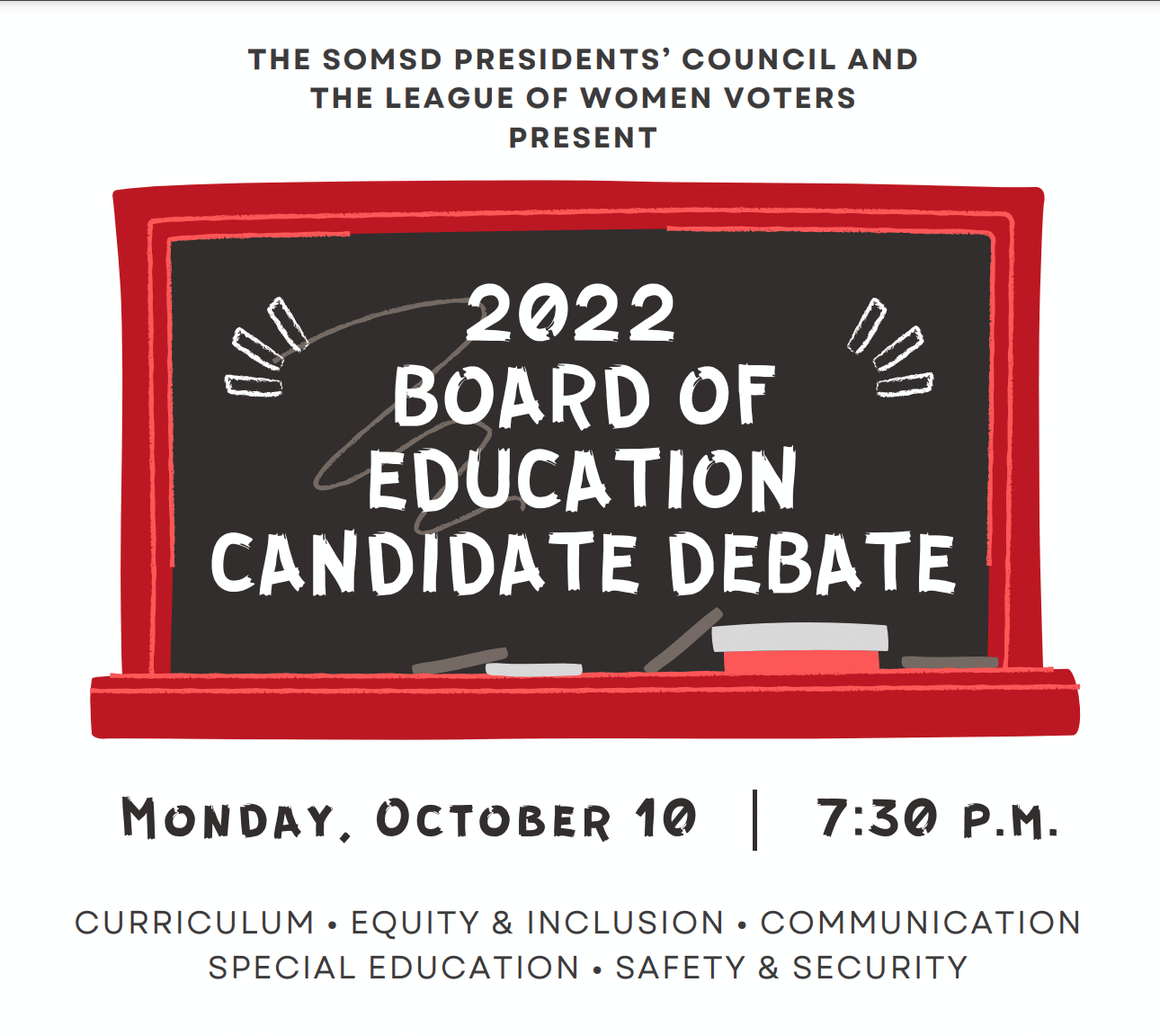