This is a love story of sorts: between two friends, between people and their stuff (acquiring it, purging it), and among the members of the online community the two friends have fostered and grown.

Swap/Meet SOMa, a local Facebook group in South Orange and Maplewood, is an online swap meet for merchandise and services. Sometimes goods are bought and sold; others are exchanged for labor or given for free.

In a 2014 Village Green article, Tyler explained that as part of her estate sale business M.T. House Estate and Moving Sales, people would often ask her to help them sell only a few items. “I was frustrated that if I had only one item to sell, I couldn’t find a good way to do it. Sometimes Craigslist worked, sometimes it got a lot of scam results.”

She had a dream of starting a local eBay where people in the South Orange/Maplewood community could bid on items. She created a Facebook group and invited her friends and asked them to invite their friends. Although it grew slowly at first, it has now taken on a life of its own.

Tyler said that Swap is “More fun than Craigslist because it’s local.” And locals have taken to it like moths to a flame, with some posters cheerfully admitting to being Swap addicts.

In the summer of 2014, Tyler ran into Maplewoodian Sharon Geraghty at Target, who offered to help with Swap. (Geraghty recalled it slightly differently, joking, “Volunteered? I said it in passing at Target! I didn’t think [she] would take me up on it!”)

“We had the same sense of humor about stuff,” said Geraghty, who helped develop Clothing and Lounge and now serves as Administrator and general “Henchwoman.” “Now I think [Kristen] makes up groups and adds me to administer them just to mess with me.”

“I am not sure what motivates either one of us,” said Tyler, “but I would never want to lose Sharon.”

For her part, Geraghty said the duo are like one. “We just clicked. I love working with Kristen. And what’s not to love about Swap? It’s all my favorite hobbies wrapped into one: community service, shopping, purging, socializing and networking.”

Items sold have included cars, vintage Playboy magazines, and odd things like two limes and a muffin for a pregnant woman with a fierce craving (that was in the ISO Group). Buying and selling art by local artists is popular, as is helping stray animals find homes. During the last snow storm a poster said she had lost a diamond ring on her sidewalk and was searching for someone to come dig and look for it.

Tyler said there was even a post about a child in foster care in need of a permanent home, though she’s not sure what ever came of it.

As the groups have gotten larger, Geraghty has had to keep a tighter rein. “It’s terrible for me because I have to be ‘good cop’ and listen to people complain about Sharon enforcing the rules,” said Tyler.

Most meaningful for Geraghty is how Swap has enabled them to help out in the community. “Swap has allowed me and others to get many items for people in need, including school supplies and computers for students in need, so they can do their homework,” she said. “I collect all of these items and have the computers fixed up and delivered to kids. The school supplies I deliver to homes or the social workers of the schools and they distribute.”

To join Swap/Meet SOMa or any of the other groups, log on and request to be added. 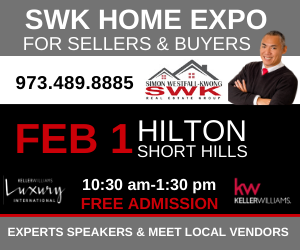