That was the announcement from Maplewood Health Officer Candice Davenport at the July 5 Maplewood Board of Health meeting.

A contract for Maplewood to provide interim health department services to South Orange beginning June 1 and ending on or before December 31, 2022, was approved by the Maplewood Township Committee at its June 21 meeting. South Orange will pay Maplewood $5,000 per month for the services which are not to exceed 10 hours/week.

The move comes after South Orange’s longterm Health Officer John Festa retired effective June 3, after announcing his decision in May. Although the contract is interim, officials signaled their interest in exploring health as a shared service between the towns on a permanent basis during a TC meeting in early June. The towns recently merged fire departments and have shared a municipal court for more than 10 years.

“What we are doing is taking care of any lingering inspections that are required by the state to be completed within a year,” said Davenport, “and [we will] provide them with nursing and administrative assistance especially during any public health emergency.”

Services  also include completing “any remaining initial inspections for facilities that require state or local licensure, e.g. Retail food establishments, temporary food vendors for Township events, childcare centers, etc.” They do not include animal control which is provided to South Orange through a standing contract with St. Huberts Animal Services.

See the contract below. 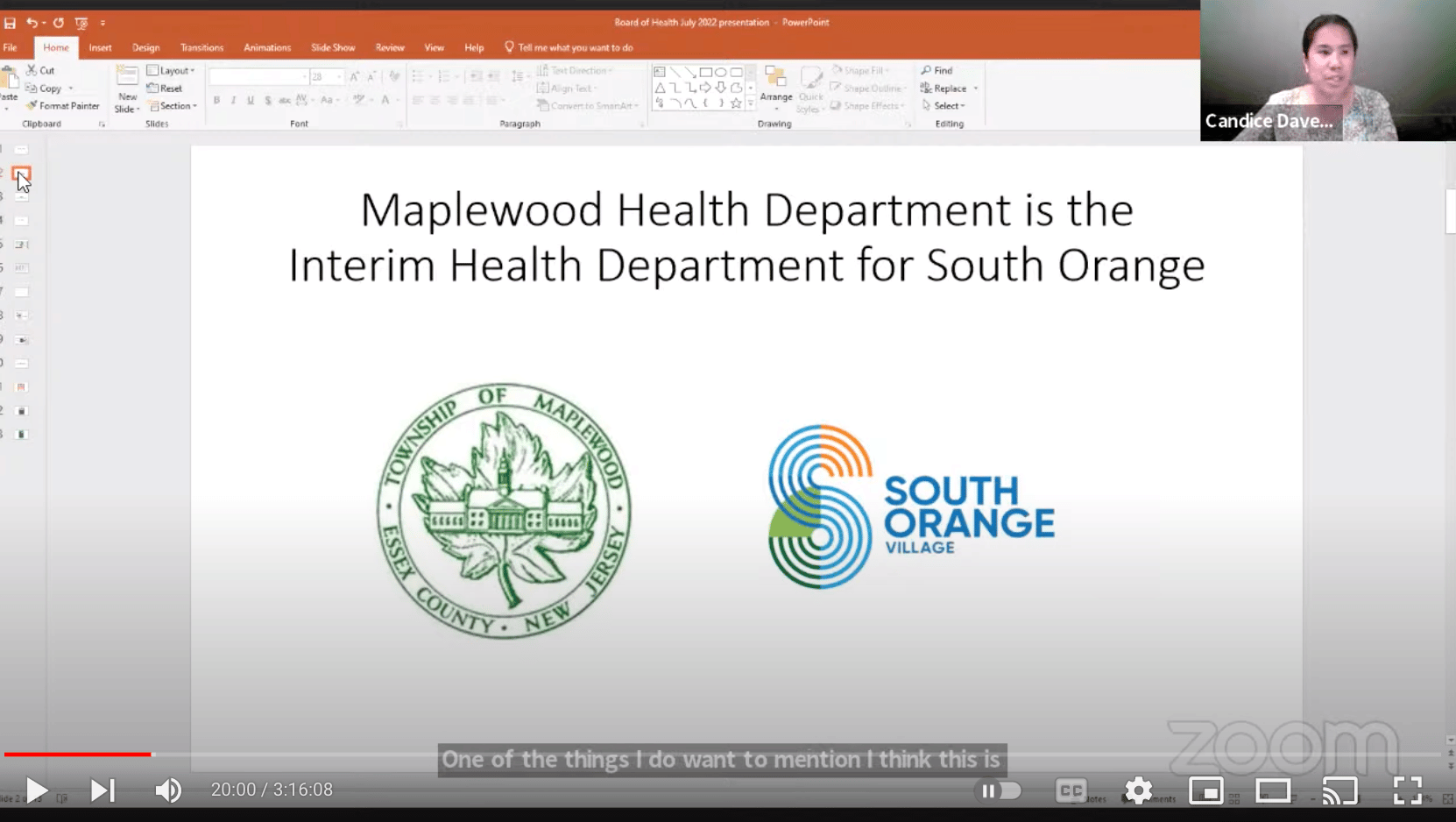