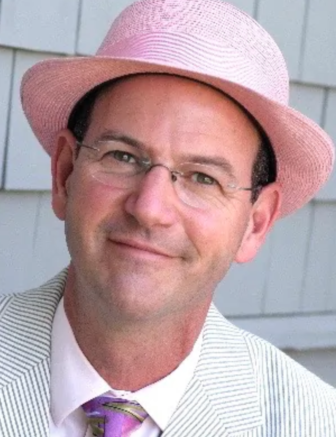 Dan Baum, who grew up in South Orange and graduated from Columbia High School in 1974 before embarking on a storied career as a journalist, died earlier this month.

The cause was glioblastoma.

Baum notably wrote for the Wall Street Journal and The New Yorker, and was also the author of books about such topics as post-Katrina New Orleans (“Nine Lives: Mystery, Magic, Death and Life in New Orleans”), gun ownership in the U.S. (“Gun Guys: A Road Trip”), and the Coors family (“Citizen Coors: An American Dynasty”).

The Washington Post noted that Baum wrote books “hailed for their solid reporting and graceful writing.”

His wife Margaret Knox was his constant collaborator.

Of Dan’s time in South Orange, she wrote, “He was a real star in theater and musical theater, starting in junior high, where he starred as Harold Hill in the Music Man. He also loved bicycling, worked in a bike shop in high school, and explored the region by bike with his friend Ken Horii. And he enjoyed being a volunteer fireman.” Back in the day, South Orange Fire Department was partially volunteer, and Knox relates: “Dan loved it, absorbing the firefighters’ discipline and compassion and relishing the thrill of being called to help, even in the middle of the night.”

She continued, “Dan lost his beloved middle brother, Mike, to cancer when they were in their 30s, and his mom succumbed to ALS in her 70s, but his 94-year-old dad and his big brother Andy live, with spouses, in Manhattan.” Baum is also survived by his and Knox’s daughter Rosa Baum of Cambridge, Mass.

Of his time in South Orange, Knox says that Baum enjoyed attending a “Columbia High reunion a few years ago, and had a great time getting reacquainted with friends from as far back as elementary school.”