South Orange and Maplewood are mourning Michael Pacchia, a 1988 graduate of Columbia High School and father of four, who lost his life in a car accident in Chatham Township on March 28.

Pacchia was remembered by CHS classmate Claire Gianni Sinclair in a Facebook post. “The world has lost an amazing person. Sending love and prayers to your family and to everyone who loves you,” wrote Sinclair.

“Mike was the guy you wanted in your corner,” reads his obituary (see in full below). “The eternal optimist with a full heart, his legacy will live on in his countless good deeds and the deposits he made in the lives of others. Mike was a loving husband, enthusiastic father, doting son, brother and uncle – and best friend to many.” 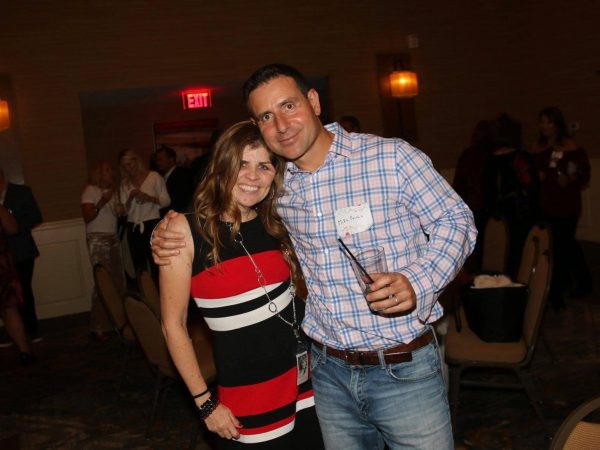 Maybe it’s the same everywhere, or maybe it’s not, but there’s something special about the South Orange-Maplewood community and those of us who graduated in the 80s from Columbia High School. So many of us have remained friends. Many of us are married to other CHS grads. We might not all have stayed the best of friends, but relationships were created in those years (some even from elementary school) that have still stayed strong. Some, faded but were rekindled at our 30th reunion a few years ago and those friendships that were created, proved this CHS connection and bond. Michael Pacchia you were a true testament to this. I am incredibly sad. The world has lost an amazing person. Sending love and prayers to your family and to everyone who loves you.

From the Wm. A. Bradley & Son Funeral Home: 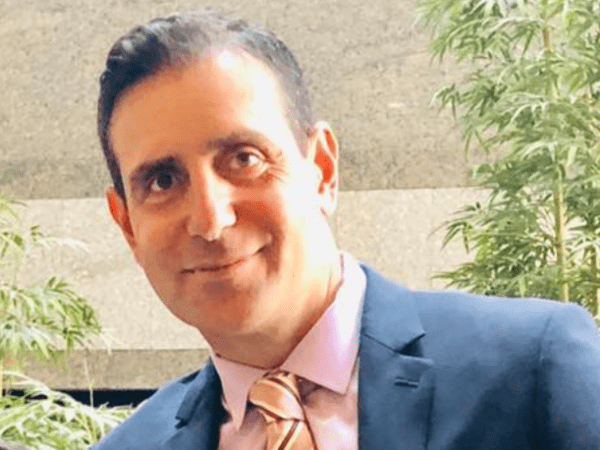 The Pacchia Family of Chatham, New Jersey lost their biggest champion on March 28, 2022. Michael A. Pacchia Jr. lived a full life which ended much too soon at the age of 52. Mike was the guy you wanted in your corner. The eternal optimist with a full heart, his legacy will live on in his countless good deeds and the deposits he made in the lives of others. Mike was a loving husband, enthusiastic father, doting son, brother and uncle – and best friend to many.

Mike was born on March 16, 1970 in Orange, New Jersey, the beloved son of Lucille and Michael Sr. and loving brother to Carla. Mike grew up in Maplewood, New Jersey where he forged lifelong friendships and met the love of his life and future wife, Cathie Nersesian. He graduated from Columbia High School, where he starred in lacrosse and was named Captain his senior year.

Mike graduated from Rutgers University with a degree in business. He began his career at Goldman Sachs and Lehman Brothers, eventually deciding to harness his entrepreneurial spirit by starting his own Financial Services IT consulting firm.

Mike and Cathie were married in 1999 and above all else, Mike Pacchia was a family man. He and Cathie’s four children, Luke, Nena, Amy and Nicholas were his greatest source of pride and joy. He was well known for sending motivating words of wisdom to his kids via text and was always eager to throw a ball, talk through a decision or just listen. Mike’s enthusiasm and youthful energy was not just contained to his family. He was a beloved figure in Chatham and affectionately known as Captain Fun in their neighborhood.

A natural athlete, coach, competitor and role model, Mike was at his best when on a field or court, whether coaching his kids in lacrosse, playing softball for the Eskies, or being the most devoted paddle player at his home club, Minisink, and various clubs in Morris County. His love for the Jersey Shore was unmatched. Always with family, Mike loved his time surfing with the kids and kicking back on the beach with Cathie.

Mike is survived by his wife of 23 years, Cathie, and their four children, Luke, Nena, Amy and Nicholas. He was predeceased by his parents, Michael A. Pacchia Sr. and Lucille Russomanno. Additionally, he is survived by his loving sister, Carla Gilbride and brother-in-law, Daniel Gilbride of Garwood, NJ. Mike was adored by his in-laws, Roy and Marie Nersesian of Maplewood, NJ, Diane McGuire (Jim), Julie Nersesian, Eric Nersesian (Jess) and he was a favorite uncle to Allison Gilbride, Brendan McGuire and Aiden Nersesian.

Mike’s impact on all who knew him will never fade. His positivity and exuberance will inspire those he leaves behind to lead a joyful life of optimism, love, and adventure. Be Like Mike.

Memorial Gifts:
In lieu of flowers, a Trust for the benefit of Cathie and the children has been established. Donation checks can be made to the “Pacchia Family Trust” and mailed to P.O. Box 284, 278 Green Village Road, Green Village, NJ 07935. Electronic donations can be made via Venmo @PacchiaFamilyTrust