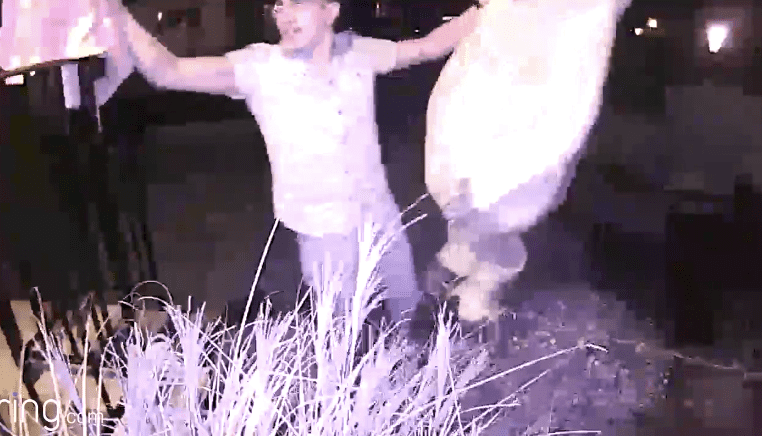 Edward Lau is not messing around.

Not only did he install some very cool Holiday decorations to his front lawn in South Orange; he also installed a security video camera.

At 3:19 a.m. on Friday morning, that camera captured a young man running off with an American flag and a light-up Bumble (the Abominable Snowman from the classic Rudolph Holiday claymation feature) from his yard at the corner of Village and Richmond.

“South Orange Police is happy to announce that ‘Bumble’ has been recovered and returned home,” wrote Acevedo. “After a quick investigation by the South Orange Police Department, Bumble and several other stolen lawn decorations were recovered and are in the process of being returned to their owners. A number of Seton Hall University students were charged with receiving stolen property and an investigation to determine the need for additional charges is ongoing.”

“South Orange police would like to express that although this may be seen, to some, as a prank or harmless joke, it was in fact a theft and we take those seriously. Thefts like these are common at this time of year, as noted in other news reports, so we ask residents to keep an eye out for each other and call us whenever they see something suspicious.”