One Maplewood firefighter was injured as crews responded to smoke and fire conditions at the building housing Arturo’s Osteria & Pizzeria at the corner of Baker Street and Maplewood Avenue early this afternoon.

Witnesses on site said that everyone had been safely evacuated from the building, which includes apartments above Arturo’s. Maplewood Acting Fire Chief Chris Ariemma reports that “the fire was contained to the oven exhaust flue pipe on the outside of the building.”

Ariemma says that one firefighter “did fall through the floor while in the attic. He is at St Barnabas seeking further treatment.” 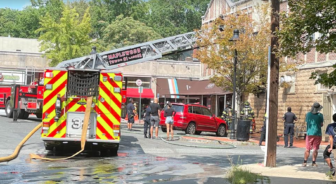 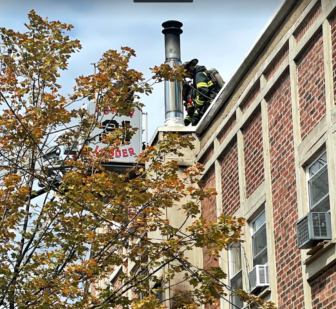 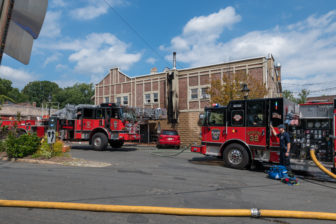 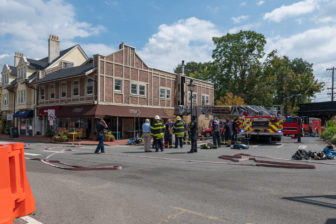