8/22, 4:24 p.m.: This article has been updated with more information from the Maplewood Police.

The Maplewood Police Department has released a sketch and description of a man they say was involved in two armed robberies in town last month.

“Both of these robberies occurred on the 24th of last month between 11 and 11:30 p.m.,” said Sgt. Christopher Black in an email. “One was on Dunnell Rd and the second occurred on Jefferson Ave. Both involved a handgun.”

The man is described as an African American male, approximately 19 years old, with earrings in both ears, 6’1″ tall and 160 lbs., according to Sgt. Christopher Black.

If you recognize him or have any information, contact the Maplewood Police Department at (973)-762-3400 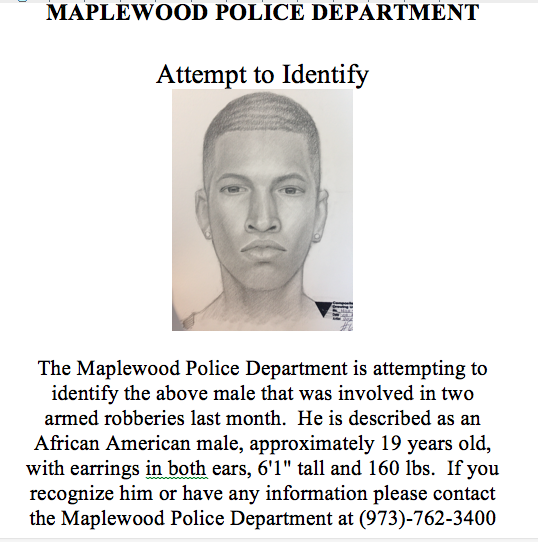