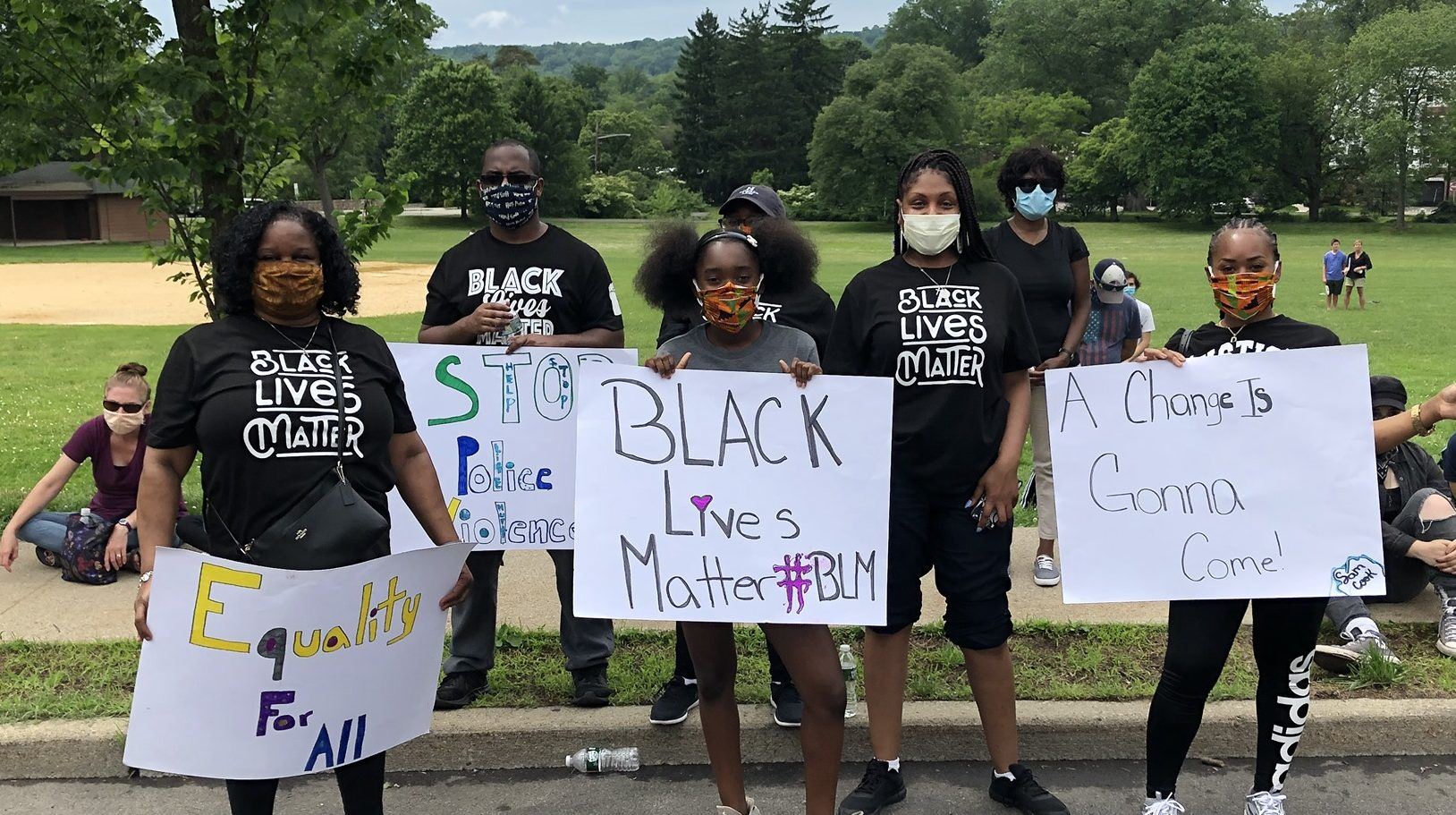 A weekend of planned, peaceful protests against systemic racism and police brutality, spurred by the death of George Floyd in Minneapolis, Minnesota on May 25, began in South Orange and Maplewood, NJ today, with a march from the South Orange Performing Arts Center to Maplewood Town Hall, where a rally was staged.

Floyd, a 46-year-old black man, died after Derek Chauvin, a white police officer, knelt on his neck for 8 minutes and 46 seconds while Floyd was handcuffed face down in the street. Chauvin, who was first charged with 3rd degree murder, now faces a charge of second-degree murder among other charges, and three other former Minneapolis police officers have also been charged with aiding and abetting murder.

Said another: “The system isn’t broken. It’s working exactly as it supposed to. We need a new system.”

A number of protests small and large are planned for the weekend, organized by local students and community groups.

Village Green will continue to follow this story and update.