The following is from James A. Manno, SOMSD Fine Arts Supervisor 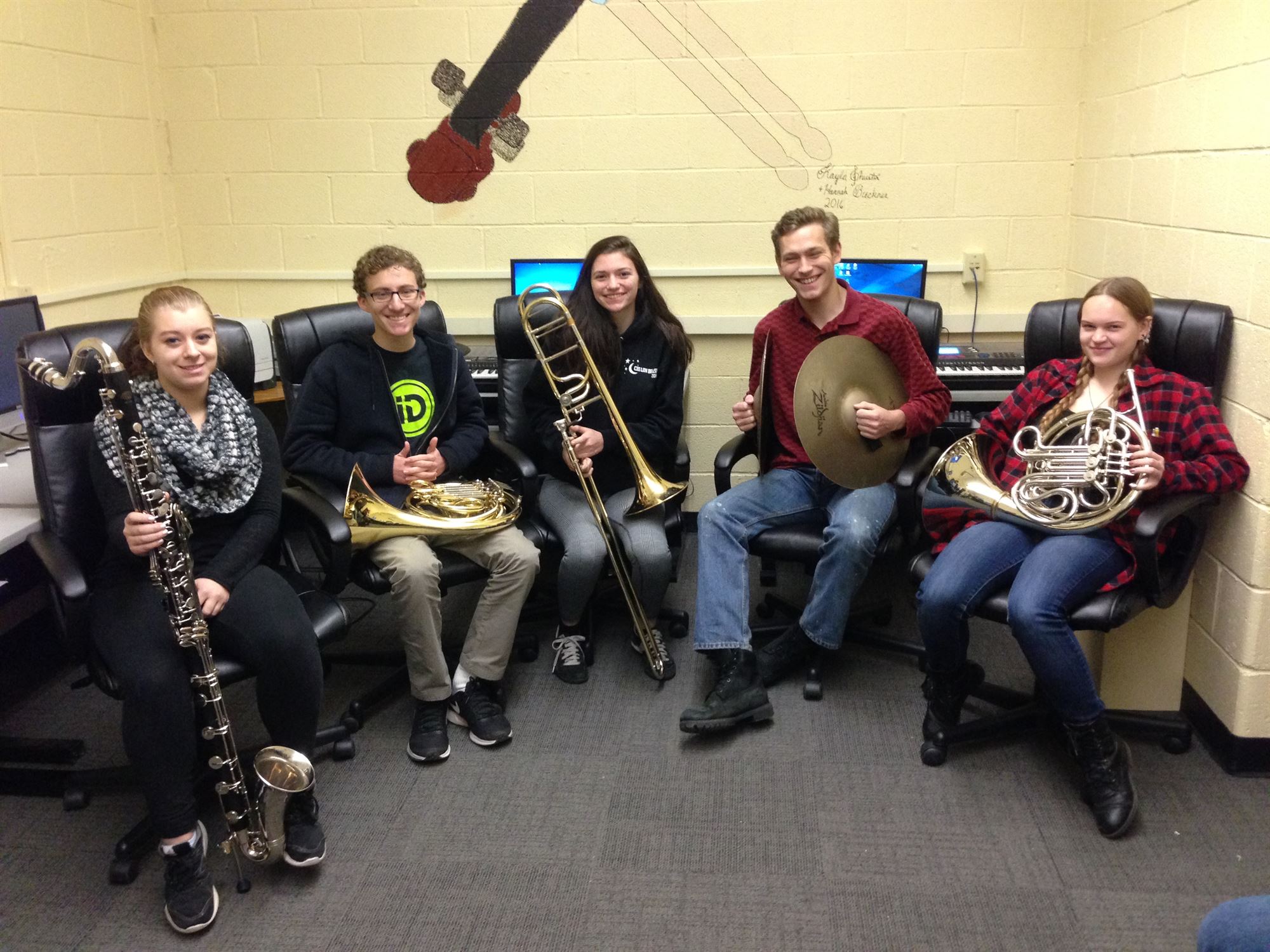 Gillian Basedow, a senior French horn player, Louise Kern-Kensler, a sophomore trombone player, and Peter Henderson, a senior percussionist, were all selected as members of the Area Symphonic Band, with Louise and Peter earning principal positions in their respective sections.  Liana Greenberg, a junior contra-alto clarinet player, and Adam Friedman-Brown, a junior French horn player, were selected as members of the Area Wind Ensemble, with Adam earning the position of principal player for his section.  Moreover, Adam earned the highest score of all students auditioning on French horn, putting him first among the twenty-two other students auditioning.

“We are all very proud of these students and their wonderful accomplishment,” said Peter Bauer, Director of Bands at Columbia.  “They have worked hard and accomplished so much, and will represent our school and band program with distinction and pride.”