In spite of the challenges of COVID-19, the Columbia High School (CHS) Model United Nations (MUN) Team has found a way to thrive. The club discusses international affairs and attends conferences hosted by universities. There they compete with other schools as each student represents a country (or person) in a discussion with a focus on a particular topic. This past weekend, February 19th-21st, the MUN Team attended a virtual conference held by the University of Michigan. CHS was proud to take home the “Best Large Delegation” award, along with seven individual awards. This is the first year of an entirely virtual MUN experience, as well as the first time CHS has been awarded as a large delegation. The individual awards were awarded to: 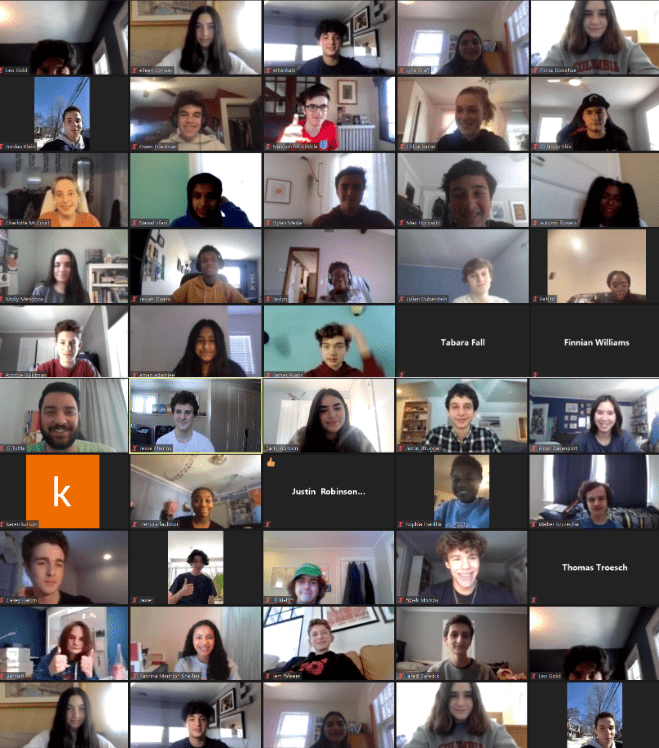 In recent years Columbia’s Model UN club has been expanded from an especially small delegation of students to a significantly sized club by members of CHS’s 2020 graduating class. The new elected board of 2020-2021 faced not only the challenge of Covid-19, but also the distinct struggles of taking over leadership roles. The club’s board, led by Daria Gordon (‘22) and Cherins, remained eager to run a club they were passionate about. During the first months of the virtual year the Board ran a number of outreach programs, including the maintenance of a strong social media presence (@chsmodelun on Instagram) which attracted new members. The virtual setting of club meetings and conferences, initially met with concern among the Board, has instead served to expand both its population and popularity. The club is currently made up of upwards of 60 members who are kept engaged not only through the conferences but the weekly meetings which include animated debates, preparation for conferences, and social justice discussions.

Columbia received a special shout out during closing ceremonies when Michigan MUN’s Secretary General explained, “We found the spirit of Model UN stronger than ever online. We took advantage of this opportunity to create well-edited crisis drops, online collaborative working papers, and inviting schools from across the United States from Calabasas, California to Maplewood, New Jersey.” There is no better way to explain the success of not only Columbia’s own Model UN club, but the continued participation of MUN members across the nation. Model UN has always sought to provide students with a more complete understanding of global politics, but it is the continued engagement of students throughout a time that has been extremely challenging that truly reflects its success in creating future world leaders.