This story was written and produced by NJ Spotlight. It is being republished under a special NJ News Commons content-sharing agreement related to COVID-19 coverage. To read more, visit njspotlight.com.  Click here for the original article published on July 31, 2020, written by John Mooney.

Lawmakers, unions and activists are weighing in as schools work out details

The back-and-forth continued this week over what New Jersey schools will look like in a month, with districts up against an August deadline to devise their reopening plans and others not shy about weighing in on what those plans should look like.

The Legislature is among the first to step up the pressure, and several Assembly members filed a bill this week that would push back in-school instruction for most students until at least Oct. 31.

“I have been hearing for some time the concern that we are not going to be ready for after Labor Day,” said state Assemblywoman Mila Jasey (D-Essex) on Thursday in an interview with NJTV News.

“If we lose one child or one staff member because we opened too soon, then we’ll never be able to forgive ourselves,” said Jasey, herself a registered nurse.

The Senate’s influential education chair, state Sen. Teresa Ruiz (D-Essex), on Thursday said the Assembly bill has “some merit” but also pressed the Murphy administration to better address concerns about reopening without the need of legislation.

Meanwhile, the state’s dominant teachers union isn’t letting up on its insistence that schools be safe for children and adults. While not yet threatening job actions demanding that schools open remotely, neither is the union ruling it out yet either.

And in a state where the courts often play a big part in education policy, the Education Law Center is also planting its stake, saying that, whatever decisions are made about reopening, New Jersey must fulfill its responsibilities to its poorest students.

David Sciarra, the center’s executive director, on Thursday said the state’s failure so far to show it had addressed the technology gap was troubling, especially given the inevitability of at least some remote learning.

The state has said that as many as 230,000 students may be without the needed technology to avail of remote learning. Gov. Phil Murphy announced a plan to fund up to $54 million in added technology, but his administration has yet to provide the latest data on where the money would go and where the greatest needs lie.

“The state has yet to assume full responsibility for addressing the digital divide and other impacts of COVID-19,” Sciarra said in an email. “Instead, state officials continue to pass the buck to local districts without recognizing the wide variation in student need across the state, especially in our high poverty, racially isolated districts.”

“These ‘at-risk’ communities need more than guidance,” he wrote. “They need substantive action.”

Ruiz said the frustration was mounting. “A lot of questions are unanswered, and we’re now six weeks away from the opening of schools,” she said. “Six weeks out, I have extreme concerns.”

So far, Murphy has remained insistent that there be at least some in-school instruction from the start, and school districts are mostly toeing the line, following the directive to come up with a variety of models that mix in-school education with remote learning.

In a not-so-tacit admission that last spring’s all-remote instruction left thousands of children behind, Murphy has emphasized that in-school instruction — at least in some form — is required to ensure that all students get the necessary attention and education.

But the New Jersey Education Association, the state’s largest teachers union, is not hiding its insistence that not all schools will be ready to protect both children and staff if they reopen.

Signals from the NJEA

A spokesman for the union on Thursday would not specify if its members would take more organized actions but acknowledged the possibility. Nationally, the country’s second largest union, the American Federation of Teachers, said it would support teachers striking in defense of their own safety. The NJEA is part of the National Education Association, not the AFT.

“What we are doing is advocating every day that we have to keep the safety of children and educators primary,” said Steve Baker, NJEA communications director.

“There are major challenges to that, and it is not clear at this point that districts will be able to rise to those challenges,” he said.

Jasey on Thursday said she was still gauging support for her bill, which would set an Oct. 31 target for reopening in-school instruction, but would also allow for that to be shortened or extended in case conditions change. The bill would allow for students with disabilities to have in-school instruction and services in the meantime, if needed.

“I have received a lot of calls from fellow legislators and educators who are in support of this,” she said of the bill’s prospects. “And believe it or not, from parents as well. But that doesn’t mean it will be easy.”

“Opening schools is a huge task, and the concern we have about health is only the first one,” Jasey said. “The second is about the quality of the education we are able to provide. The idea behind the bill is ‘let’s pause.’” 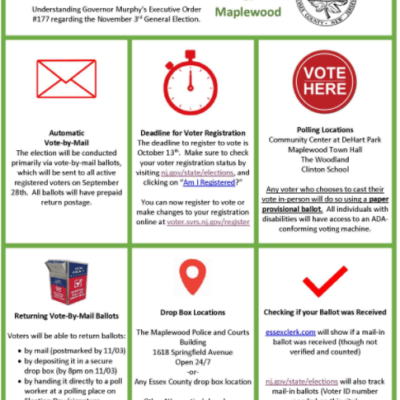 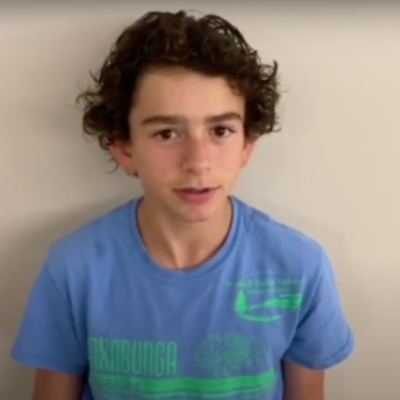