The Maplewood-South Orange Board of Education held its annual reorganization meeting Monday, swearing in two new and one returning board members and voting on the board’s new leadership.

Baker succeeds Wayne Eastman, who lost his bid for reelection in November. Under Eastman, Pai was First Vice President and Johanna Wright was Second Vice President.

Baker first thanked the board members’ families for sharing them with the community. She then spoke to the work ahead for the board and explained that while it is “humbling and daunting at the same time, I pledge to do everything in my power to live up to this responsibility.” In stating the board’s mission, she said, “we are called upon to listen and put children at the front of every decision we make.”

The board then voted on several points of reorganization; see them attached here as a PDF document.

Wright voted against the appointment of Kevin Walston as the Affirmative Action Officer for the district. Walston is the Assistant Superintendent of the District. Wright explained that the position “is not one that belongs to an administrator… it is a conflict of interest issue” as most affirmative action complaints come from subordinates. In reference to problems of inequality, she added, “I am not surprised we have these issues in our district because of that.”

Baker noted that the appointment is temporary while the district finds a candidate to permanently fill the position. “This is the work we’ve pledged to take in the coming weeks,” she said. The motion passed 8-1, Wright dissenting.

The Board then voted on Resolution 15 which places board members as district committee liaisons.

Wright spoke against the structure of this resolution as well, pointing to her division between two committees as well as their shortened term. She explained, “I am a part of the excellence and equity committee as well as the policy and monitoring committee, but it is not a full-year commitment…it’s a disservice to the people who elected us to split our time between committees.”

Referring to the Access and Equity Policy, she said consistent and committed supervision by the board is necessary since committee members are the very people in need of supervision during “the implementation of the most crucial policy of our lifetime in this district.” Speaking about the ACLU lawsuit and the district’s seven counts of discrimination, she asserted that “it is clear we are in the situation we are in because we did not know how to monitor ourselves.”

Board member Elizabeth Daugherty pointed out that the discrimination lawsuit was not related to the excellence and equity committee.

Baker responded by putting forward the goal of greater transparency. “We hear your concerns,” she said. “That is the explanation I am best able to give.” The motion passed 8-1, Wright dissenting.

Recently sworn-in Maplewood Township Committee member Greg Lembrich welcomed the new board members and thanked them all for their service to the community. Lembrich said he will propose at Tuesday’s TC’s meeting that the committee support a redistribution of state aid to provide a more equitable budget for the district.

The meeting ended with a presentation on the state ethics code by a representative from NJ School Boards. 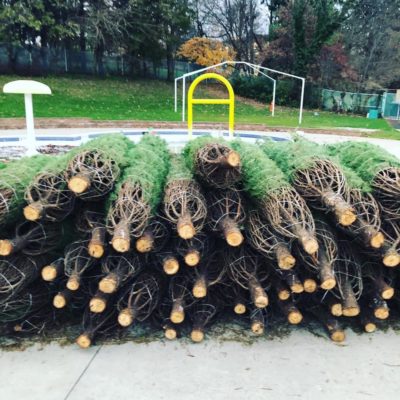