The Columbian: The School To Prison Pipeline

With all schools in New Jersey in distance learning mode, the dedicated staff of Columbia High School’s award-winning student newspaper, The Columbian, proudly present their second on-line edition at thecolumbianchs.com. The following guest column “The School To Prison Pipeline ” by Sakinah Daniels was originally published by The Columbian on June 10, 2020. With permission from CHS administration and staff at the newspaper, Village Green will be posting more content from the current issue of The Columbian in the coming weeks. 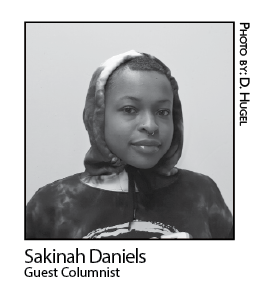 The school to prison pipeline can be defined as an oppressive system linked to racism through which black students are being pushed out of school and into the prison system. I believe this happens because white American society not only believes we belong in handcuffs, but they believe that prison is where we are destined to end up anyways. This phenomenon gradually affects the black community more and more as the years have passed. Yet, we never discuss the issue in our classroom settings. Isn’t it ironic that we aren’t allotted time in the classroom to speak about issues affecting our own education?

The school to prison pipeline presents itself in many ways—notoriously in zero tolerance policies that are only zero tolerance for disciplining black students. When black students act out in school, there are no warnings. Black students—especially males—are suspended, expelled and arrested at alarming rates. We are treated rather differently than our white counterparts, and this is because we are viewed differently. We are viewed as threats… bombs waiting to explode. Not worthy of the education we’ve earned the rights to. 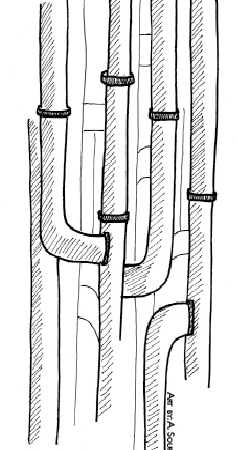 In Orlando, Florida, a 6-year-old girl was arrested for throwing a temper tantrum in class. White American society is throwing black kids in jail for simply being kids. Remember the viral video of a high school girl being violently dragged out of her desk by a law enforcement officer? Why is this happening? Why are we subjected to such harsh punishments in school? Why are we not taking up seats in higher level classes? Why are we being dragged from our desks and into holding cells? Why are we always expected to be disobedient? It is all because America operates on a system that drags black people down and lifts white people up. The school to prison pipeline is a perpetuation of this system, and—trust me when I tell you—it is destroying students of color.

Earlier this school year, I was able to speak on a panel in front of educators and students from around New Jersey about a film called “Push Out: The Criminalization of Black Girls in Schools.” I’m extremely grateful to Columbia High School English teacher Thomas Whitaker for giving me this opportunity. It was an honor to speak for a room of such bright and “woke” educators and students. But those who are not so woke need to learn about this phenomenon as well; those of you who didn’t even know what the school to prison pipeline was before you came across this section of The Columbian; those of you who will probably skim through or simply skip past it.