Want to Buy a Piece of History? One of Maplewood’s Oldest Homes, the Aaron Brown House, Is on the Market 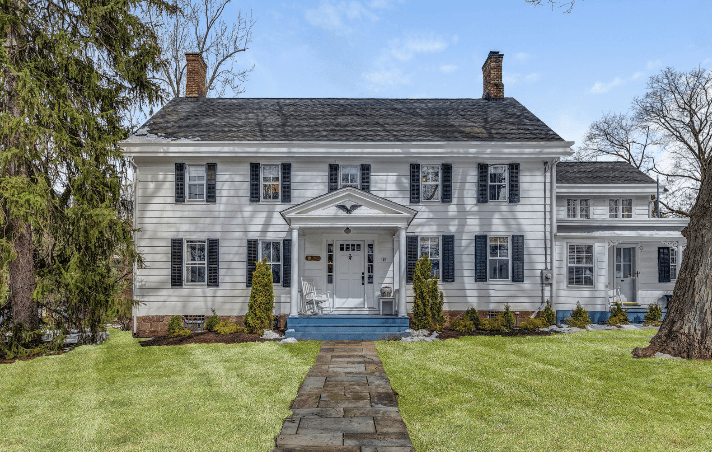 One of Maplewood’s oldest homes — 81 Parker Avenue — is on the market.

This is one center hall colonial that is actually, practically colonial. Built in 1805, the home features old-world charm but has been extensively expanded and updated.

In 1805, Maplewood was not yet Maplewood. The settlement near the Rahway River at the foot of the Watchung Mountains became known as Jefferson Village in the late 18th century. Technically, Parker Avenue and the Village were still a part of Newark Township and, later, South Orange.

Together with a settlement in present day South Orange Village and the “Newark Farms” or “North Farms” settlement in present day Hilton,”[a]ll of these early settlements grew up around old Native American trails that eventually became roads, or around colonial highways that connected to Newark, Orange, Springfield, and other early major towns; some of Maplewood’s earliest roads include Ridgewood Road, Jefferson Avenue, portions of Valley Street, Parker Avenue, and Tuscan Road,” according to the Maplewood Historic Preservation Commission. The area at that time was “a rural settlement of farms dotting Ridgewood Road with small industrial enterprises emerging to the east near Valley Street including a saw mill, grist mill, woolen mill, a cider mill, a forge, and later a store and shoe manufacture.” 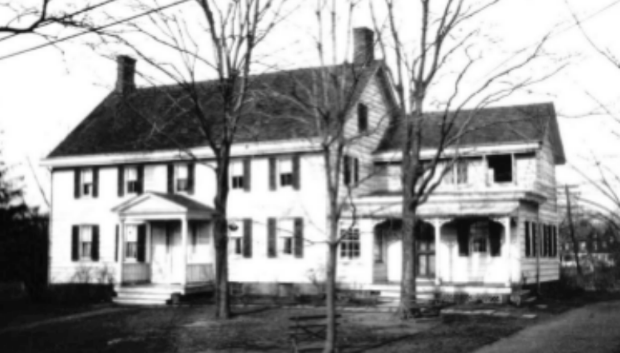 The house at 81 Parker Avenue was built by Aaron Brown who was born in 1779, the eldest of eight children of Job Brown II and Jane Tompkins of South Orange. According to the Maplewood HPC, “Brown was a direct descendant of John Brown and his wife May who had come from Connecticut in 1666 with the original settlers of Newark. Aaron Brown received a sum of money from his uncle which he used to purchase property in South Orange Village. Early in the nineteenth century, Brown married Dorcas Ball, from another prominent early Maplewood family. He lived the rest of his life in this house, where he and Dorcas raised their six children.”

“There is some indication (so far unsubstantiated) that the existing house was constructed around a small preexisting house dating to c. 1749, that includes the area on the western section of the house. This section of the house has a rough stone cellar with a large hearth. Originally two rooms with two adjoining fireplaces that shared a chimney, it would also have had a small loft. Aaron Brown and Dorcas Ball either built the original house in 1805, or enlarged the existing structure to a one-and one-half story building to have a center hall with living rooms on one side and dining room and kitchen on the other.”

At modern-day 81 Parker Avenue, some of the original details that remain are the inviting entrance with double porches and the foyer with original wide-planked floors, plus a formal living room with hardwood flooring, oversized fireplace and period wood and glass-paned doors. The home also features a light-filled family room with wide-plank flooring and built-in shelving.

In fact, the home has been nicknamed “The Latches” because of the number of period latched-doors still in use, according to realtor Robert Northfield.