The New Jersey Senate is currently considering a bill that would allow restaurants to have restricted liquor licenses. Under S-2964, restaurants could serve beer, wine, and cider. Last week, the Maplewood Township Committee expressed its support for the bill, especially due to its potential to help local businesses.

Dean Dafis told the TC that similar bills had been on the table before, but previous editions have been blocked by Senate President Steve Sweeney. According to Dafis, Sweeney opposed versions that did not provide for a tax credit to existing retail consumption licensees who bought licenses at higher prices.

“But this bill does,” said Dafis. “And the details of it are yet to be determined, how that tax credit system would work. But essentially, consumption licensees would be made whole. They would get something in return to allow for other businesses to have this restricted opportunity.”

Dafis explained what a bill like this could do for Maplewood’s restaurants in the era of the pandemic, many of whom are still struggling amid social distancing requirements and state regulations. “We know how important it is to our small businesses, our BYOB restaurants in particular.”

The legislation has bipartisan support and is moving quickly, according to Dafis. “So I think we should definitely support it. We understand it, and we’ve supported it before.” The TC moved unanimously to support S-2964.

Read the full resolution below. 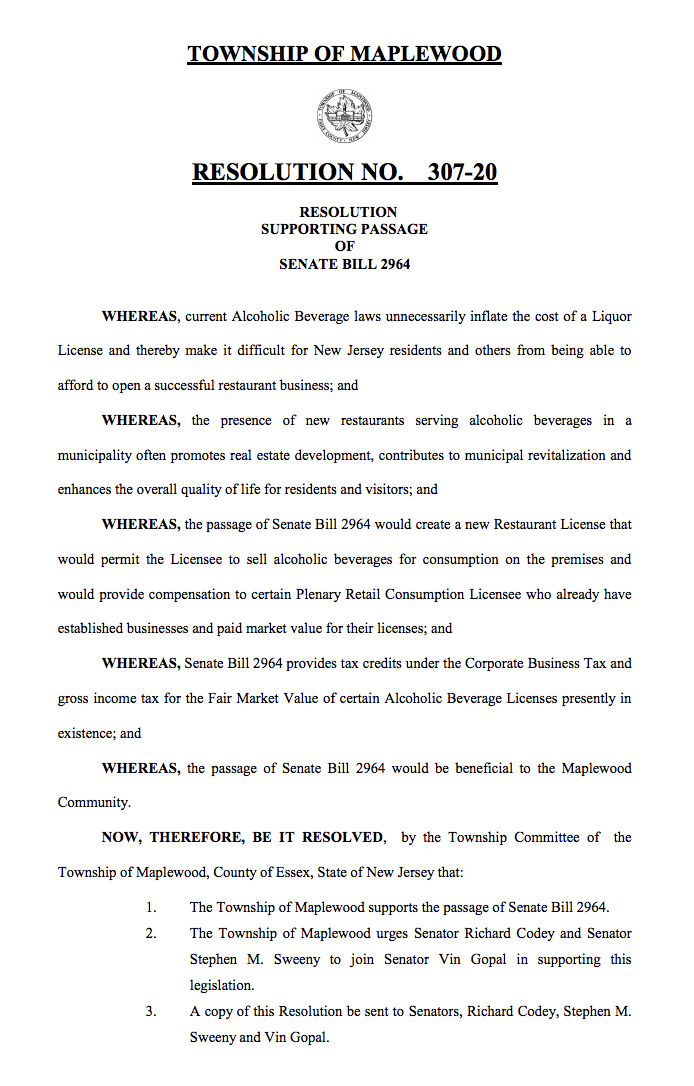 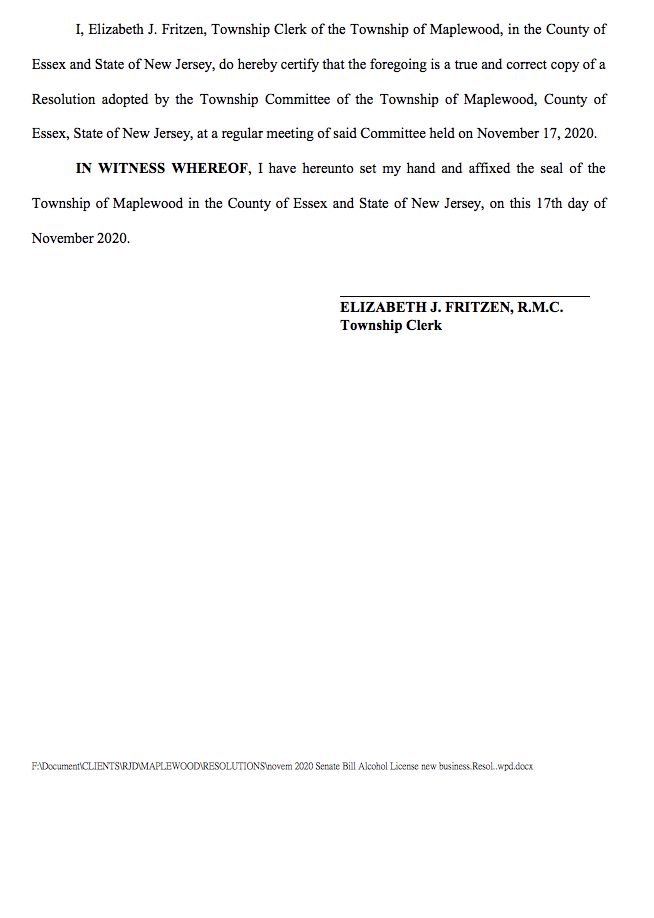