Join friends and neighbors for Pub Nite on Thursday night, June 18 at St. James’ Gate Publick House to kick off the Robert (Bob) Miller Oyster Fest which will take place on September 19.

Pub Nite on June 18 will include local surprise guest bartenders, appetizers, a cash bar, oyster bar, ticket and t-shirt sales, and raffles for great prizes. Tickets for Oyster Fest will be on sale at Pub Nite for $25 per person.

The following message is from Rene & Paul Conlon & the Oyster Fest Committee:

Bob Miller was a proud Maplewood resident for more than a decade. He lived near the heart of town, where he and Grace were raising their four young girls. He was a world-class architect who had just started his own architecture firm in New York City after years of working with some of the biggest names in the field, including Robert Stern and Michael Graves. A key focus of his practice was renovating the historic homes of Maplewood and the surrounding areas.

Tragically, at 45, Bob was diagnosed with melanoma, the most deadly form of skin cancer. Despite a courageous 2-year battle, Bob passed away in March of 2014. Melanoma is growing at a rate faster than any other cancer, including an eight-fold increase in women over the last 40 years. Melanoma is deadly – but it can be very curable if detected early.

And, that is why we are doing this. Please come out next Thursday to learn more about Oyster Fest and how you can help us honor Bob and fight this deadly disease.

For more information visit www.bobmilleroysterfest.com (site will be live by Monday). 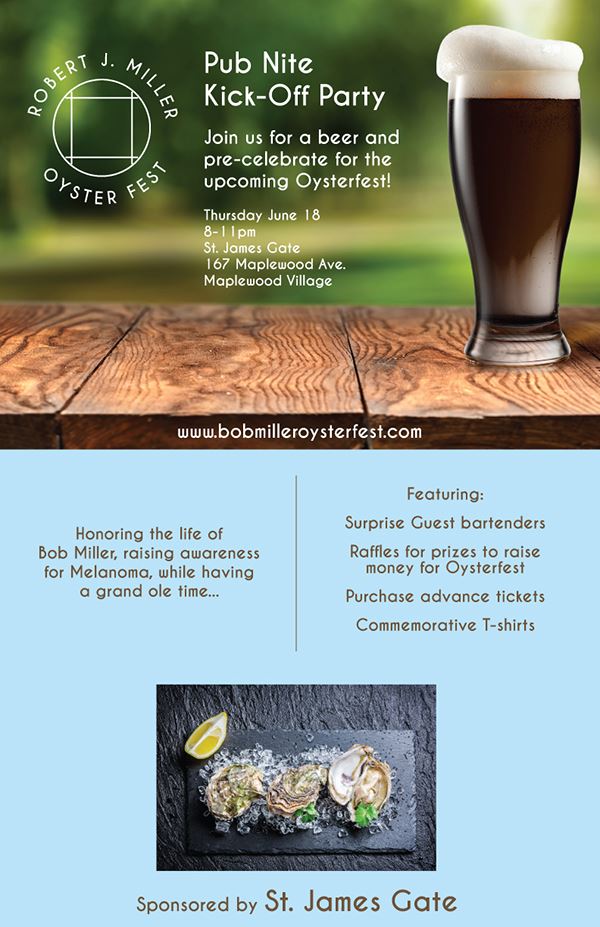