With final results counted across all polling districts in Maplewood, voters have rejected an ordinance passed by the governing body to design and build an artificial turf field at DeHart Park.

Local elected officials who campaigned for the artificial turf conceded on Wednesday morning, Nov. 3. By Wednesday evening, members of the Maplewood Township Committee were committing to embarking on a new planning process for field improvements. 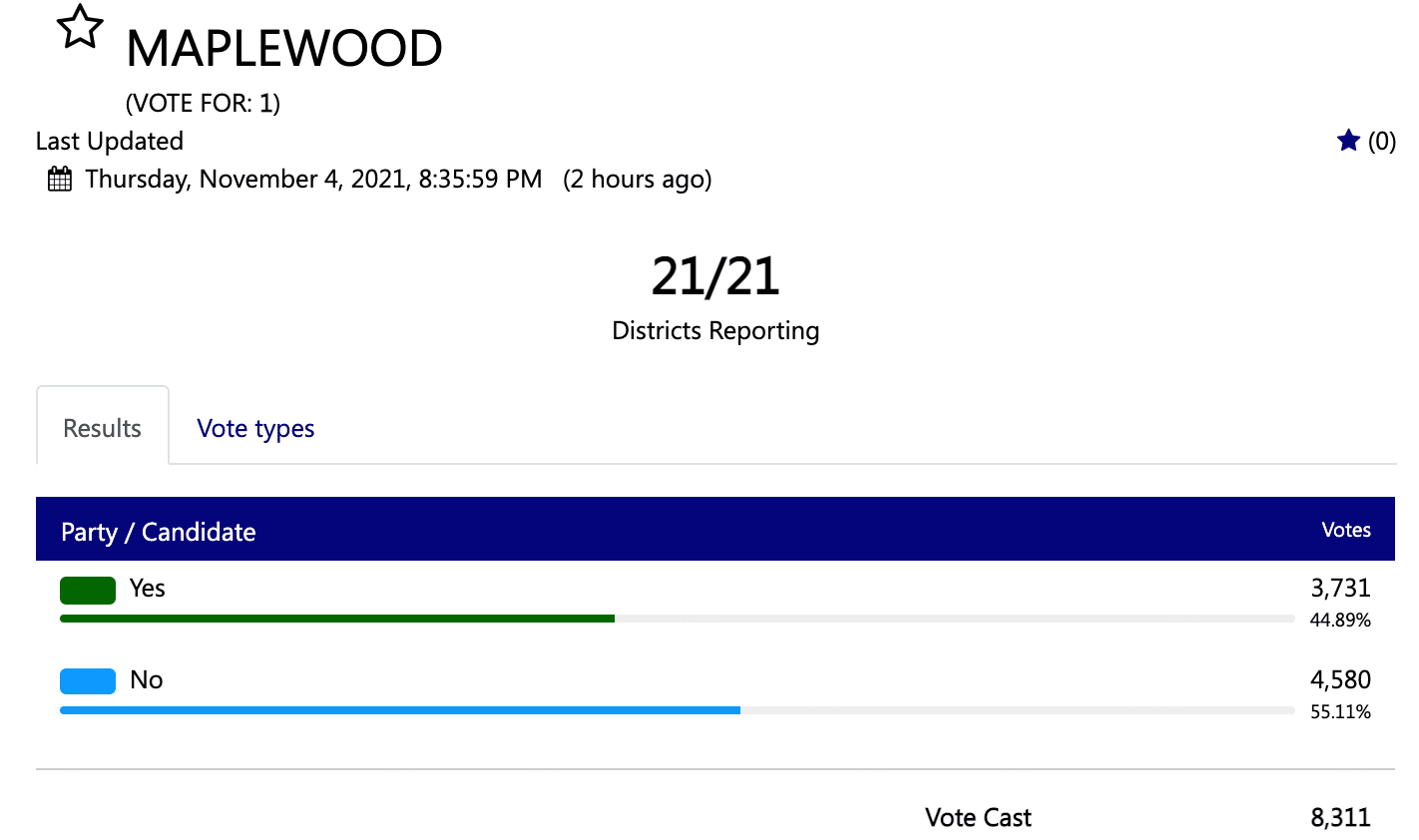 Early, incomplete results had shown “Yes” garnering 2,111 votes and “No” getting 2,777 votes. Seasoned local politicos said that there could some provisional ballots outstanding, but given the voting patterns and the partial results, the referendum results looked like they would stand. And they did.

Regarding the South Orange-Maplewood Board of Education race, Essex County has also posted final results here; Qawi Telesford, Kaitlin Wittleder and Arun Vadlamani won, with Telesford as the top vote-getter in both towns.

A judge rejected a bid by the ACLU and League of Women Voters to keep polls open until 9:30 p.m.