Rocket Improv, based in Maplewood and run by Maplewoodian and long-time improviser Lulu French, is best known for its fun and inspiring improv classes for kids, tweens, and teens. After a wildly successful fall 2020 session in a new covered outdoor stage created with social distancing compliance in mind, Rocket Improv is gearing up for more outdoor improv with new class offerings starting in April.

This spring they are adding an additional elective, Slam School: Poetry and Performance with Mapso native, Shell Spin. 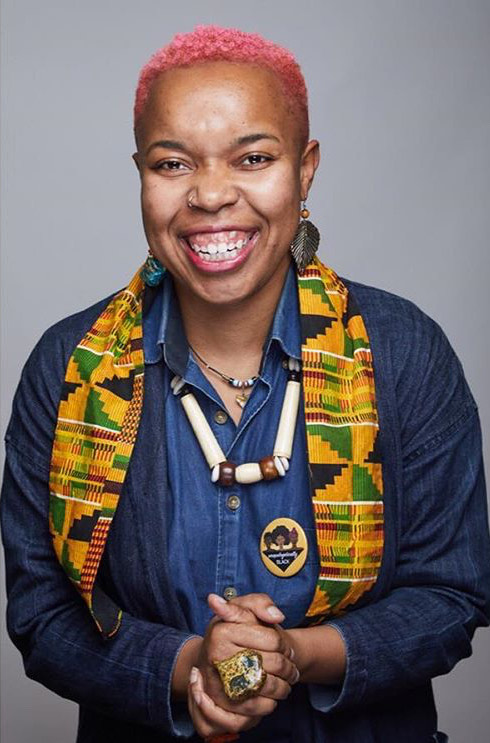 Committed to bringing student-created theater arts to local students, Rocket Improv founder Lulu French is thrilled to add Shell to the Rocket Improv faculty. “I am beyond excited to have Shell on my roster of teaching artists this spring!” said Lulu. “She’s an amazing talent with a vibrant spirit and a true master of Slam Poetry.”

Slam School: Poetry and Performance will be held at the outdoor stage at 10 Briarcliff Ct. in Maplewood on Fridays from 4:00 to 5:00. Students will first be engaged in learning to write slam poetry before moving on to learning various performance techniques. By the end of the session the students will be prepared to perform both original solo works as well as group poems. (Showcases are not being planned at this time, but that may change based on an increase in vaccinations and local COVID-19 transmission rates.)

Shell Spin is a spoken word artist, activist, and DJ. She was raised in New Jersey and is a graduate of both Maplewood Middle and Columbia High School. She spent most of her time as a kid in Maplewood Village at the Trattoria, Ice Cream Parlour and Bagel Chateau. While at CHS she played sports and was a founding member of Diversity Rocks which provided a social, academic, and philanthropic platform to bring together students, faculty, parents/guardians, and community members to learn about and celebrate diversity within CHS and the South Orange-Maplewood community at large.

Shell was inspired to become a poet at the age of 15 after a vist to the Nuyorican Poets Cafe in New York City, a storied bohemian space on the Lower East Side of Manhattan that hosts poetry slams, jazz, comedy, and other live events. As there was not a poetry program at CHS, she dove into finding as many resources as she could that would help her to learn and become a Slam Poet.

After graduating from CHS, Shell attended Montclair State University where she was a member of their 2016 Poetry Slam Team. After graduating in 2017 she co-coached one of the winning teams at the College Union Poetry Slam Invitational (CUPSI). Shell went on to co-coach Newark’s youth poetry slam team at Brave New Voices International Youth Poetry Festival which placed 17th in the world in 2018 and 4th in the world in 2019.

In 2016 Shell co-founded The L.O.U.D. Project which challenges students to be bold, daring, and think outside the box. She and her friend Nelly Bess were inspired to start the organization so they could provide the training and local programming that was lacking when they were growing up in New Jersey.

Shell is currently living in Newark, NJ and considers herself a foodie, dancer and lover of all things creative! She feels that poetry is meant to awaken and inspire every soul that comes in contact with it.

You can learn more about Rocket Improv’s improv classes and electives on their website: www.rocketimprovcomedy.com. They will also be offering a half-day summer camp in Summit, NJ — Rocket Improv Improv Camp, a Camp for Improv — late July and into August. Improv Camp will consist of improv training, special workshops with local teaching artists in disciplines such as clowning and stage combat, and a lot of active play! 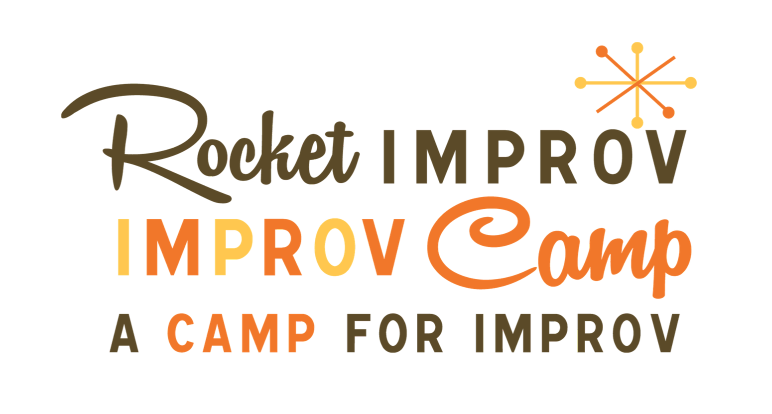