NEWARK, N.J. — February 7, 2022 – Newark Symphony Hall, New Jersey’s largest Black-led arts and entertainment venue, announced today the hiring of Chris Sabin as its first director of communications and social impact. Sabin brings with him over two decades of experience engaging people and advocating for better outcomes. His experience includes management roles at MTV Networks, UWG and Prime Access. Most recently, Sabin served as an independent marketing, events and talent consultant for clients including the NAACP for its Leadership Summit, National Convention and Image Awards. 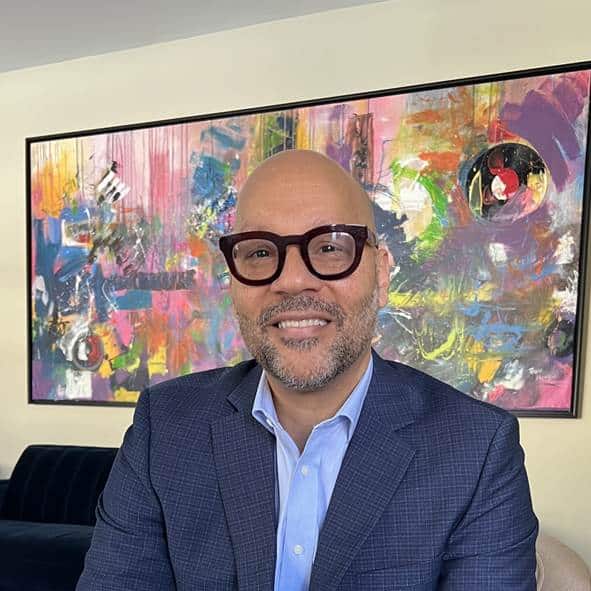 “Chris’ vast knowledge and understanding of marketing communications, social engagement and community development are a welcomed addition to Newark Symphony Hall,” said Taneshia Nash Laird, Newark Symphony Hall’s president and CEO. “We’re excited to see how he will harness the Hall’s value proposition and forge strategic partnerships across the city and region.”

In his new role, Sabin will lead a team focused on developing and managing a community engagement program for Newark Symphony Hall. Sabin’s department will also focus on promoting the venue’s programming and producing public events, as well as overseeing Newark Symphony Hall’s job training and placement program, Symphony Works, including program content development and management of the overall promotion of workforce development activities.

“It’s a great time to be joining this important historic landmark institution in New Jersey’s largest city,” said Sabin. “It’s a dream come true to have the opportunity to create engaging partnerships and doing it not far from my home in South Orange.”

Sabin received his Bachelor of Business Administration from the University of Maryland, College Park, and has served his community as an elected and appointed school board member for the Maplewood-South Orange Board of Education. He serves on the board for the Foundation for Diabetic Research and is a member of Alpha Phi Alpha Fraternity Inc.

Born in 1925, Newark Symphony Hall (NSH) has been home to nearly a century of arts and culture in what is one of New Jersey’s oldest and largest arts and entertainment venues. NSH remains as committed as ever to providing an artistically rich experience for art lovers of all ages, while creating career pathways for people of color from around the world and bettering both its community and Greater Newark. For more information, visit: NewarkSymphonyHall.org.