From the Paper Mill Playhouse: 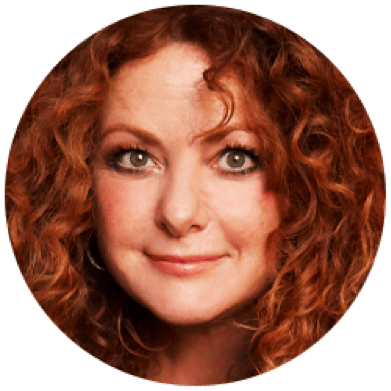 Broadway powerhouse and Paper Mill favorite Kelli Rabke proves that good things do indeed come in small packages! She returns to the Brookside Cabaret with the newest version of her hit cabaret show Tiny Giants: Petite Powerhouses from Garland to Gaga, now featuring legendary ladies of the Broadway stage in Tiny Giants: The Broadway Edition! Join Kelli along with music director John Fischer on piano as they take us on a musical journey through vertically challenged territory—a subject she was born to explore, as part of the club herself! Kelli got her “big break” as Dorothy in Paper Mill Playhouse’s The Wizard of Oz and shortly thereafter was handpicked by Andrew Lloyd Webber to make her Broadway debut as the Narrator in the revival of Joseph and the Amazing Technicolor Dreamcoat (US cast recording). She also starred as Éponine in Les Misérables on Broadway and returned to Paper Mill in the landmark production of Stephen Schwartz’s Children of Eden as Yonah (American premiere cast recording). After leaving the bright lights of the stage to start a family, Kelli is now a staple in the concert world, singing with symphony orchestras across the country and creating her own cabaret shows.

Brookside seating is $35 plus a $36 per person prix fixe menu. Bar seating is $20 plus a $25 food and drink minimum per person from an à la carte menu.

PAPER MILL PLAYHOUSE, recipient of the 2016 Regional Theatre Tony Award, is a nationally renowned, not-for-profit theater under the direction of Mark S. Hoebee (Producing Artistic Director) and Mike Stotts (Managing Director). A beloved NJ arts institution since 1938, Paper Mill creates and produces groundbreaking new musicals and reimagined classics. Several productions have gone on to Broadway and launched national tours, including Disney’s Newsies, Les Misérables, Honeymoon in Vegas, A Bronx Tale, and Bandstand. The theater is also the home of an award-winning center for musical theater education and artist training, with outreach programs that impact tens of thousands of students each year. As one of the nation’s premier musical theaters, Paper Mill fosters a creative environment to advance the art form, educate students, develop future theater lovers, nurture inclusion, and provide access for all. Paper Mill Playhouse programs are made possible, in part, by funds from the New Jersey State Council on the Arts, a partner agency of the National Endowment for the Arts. Paper Mill Playhouse is a member of the National Alliance for Musical Theatre, the Council of Stock Theatres, and the New Jersey Theatre Alliance.