On January 16, 2023, the national holiday honoring the life and legacy of Dr. Martin Luther King, Jr., the Meadowland Park Conservancy (MPC) partnered with the South Orange/Maplewood Community Coalition on Race (CCR) to present the largest installation of CCR luminaries as well as professional lighting installations throughout the park’s 45 acres.

The hundreds of luminaries were spread around the pond as well as along walkways throughout the park. Each luminary contained a re-usable LED candle and was weighed down by a donated can of food. After the event, more than 350 cans of food, along with dozens of boxes of dry goods, were donated to three local food pantries. Local lighting designer Cat Tate Starmer created dynamic lighting installations throughout the park, helped by fixtures donated by the South Orange Performing Arts Center. 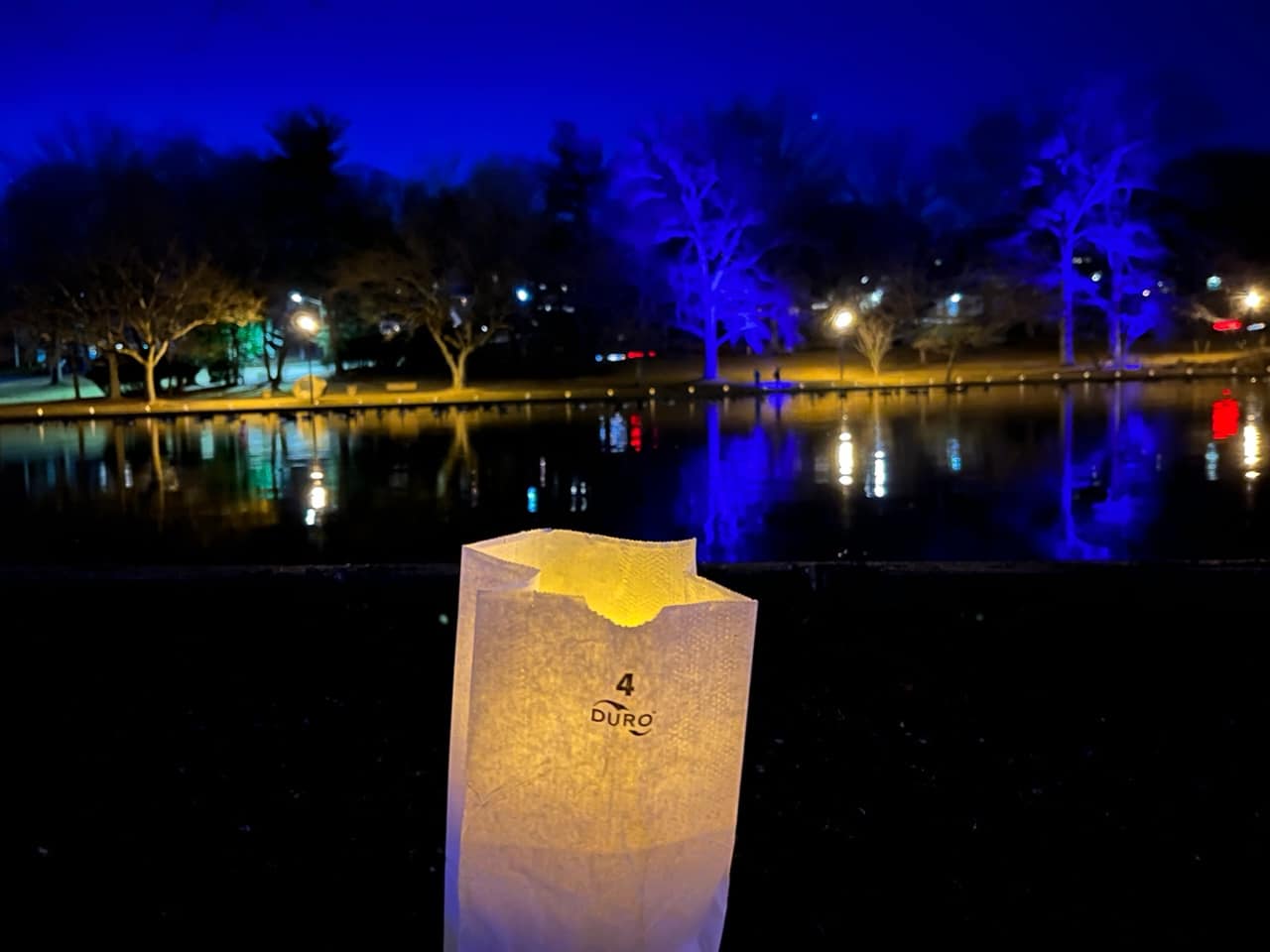 At sunset, a short ceremony took place at the Skate House featuring remarks by representatives of the MPC and CCR, as well as South Orange Village President Sheena Collum and Maplewood Mayor Dean Dafis. The two elected officials lit the ceremonial first lights and the crowd was then invited to explore the park to see the illuminations.

“This park is filled with spectacular, breathtaking light and the hundreds of luminaries decorated by our youth with messages of hope are a true tribute to Dr. King’s vision,” said Village President Collum.

The MPC plans on expanding the event to include more lights and installations in 2024.

ABOUT THE MEADOWLAND PARK CONSERVANCY (MPC):

The MPC is a registered New Jersey non-profit founded and run by volunteers who are passionate about the future of South Orange’s largest open space. Focusing on the 30 non-athletic acres of the park, the MPC’s long term goal is nothing short of creating the finest public open space in the region. More info on the MPC, its founders and goals can be found at meadowlandpark.org.