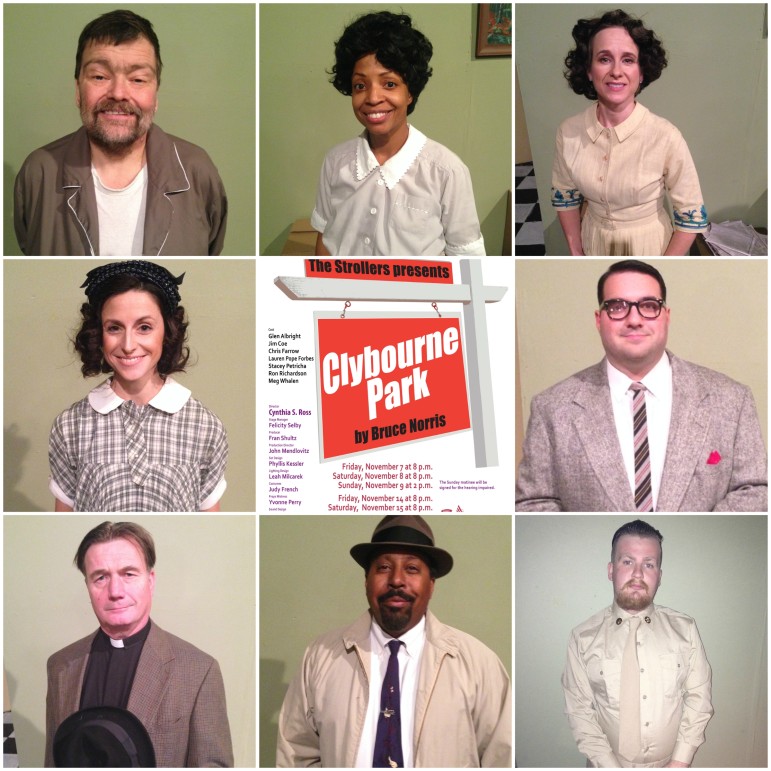 The uneasiness comes from the fact that the play is squarely, unabashedly about race in America.

It’s a testament to the seriousness of The Strollers, the Community Theater in Residence at the Burgdorff Center for The Performing Arts in Maplewood, that it produces plays like Clybourne Park, which takes characters from Lorraine Hansberry’s A Raisin in the Sun and updates them for a nation that is grappling with the shooting deaths of Trayvon Martin and Michael Brown even as it is presided over by its first black president.

The play has two acts: one in 1959 as a black family moves into a white neighborhood (riffing off of Hansberry), the second as a white family is moving into the same house in 2009 and gentrify the neighborhood. One set of actors play both sets of characters.

If you think you’re not up to an evening on such a charged topic, think again. For all the seriousness of the subject matter, Clybourne Park is a comedy, one that the The Washington Post deemed “one of its feistiest, funniest evenings in years.”

The Strollers’ production of Clybourne Park is directed by Cynthia S. Ross.