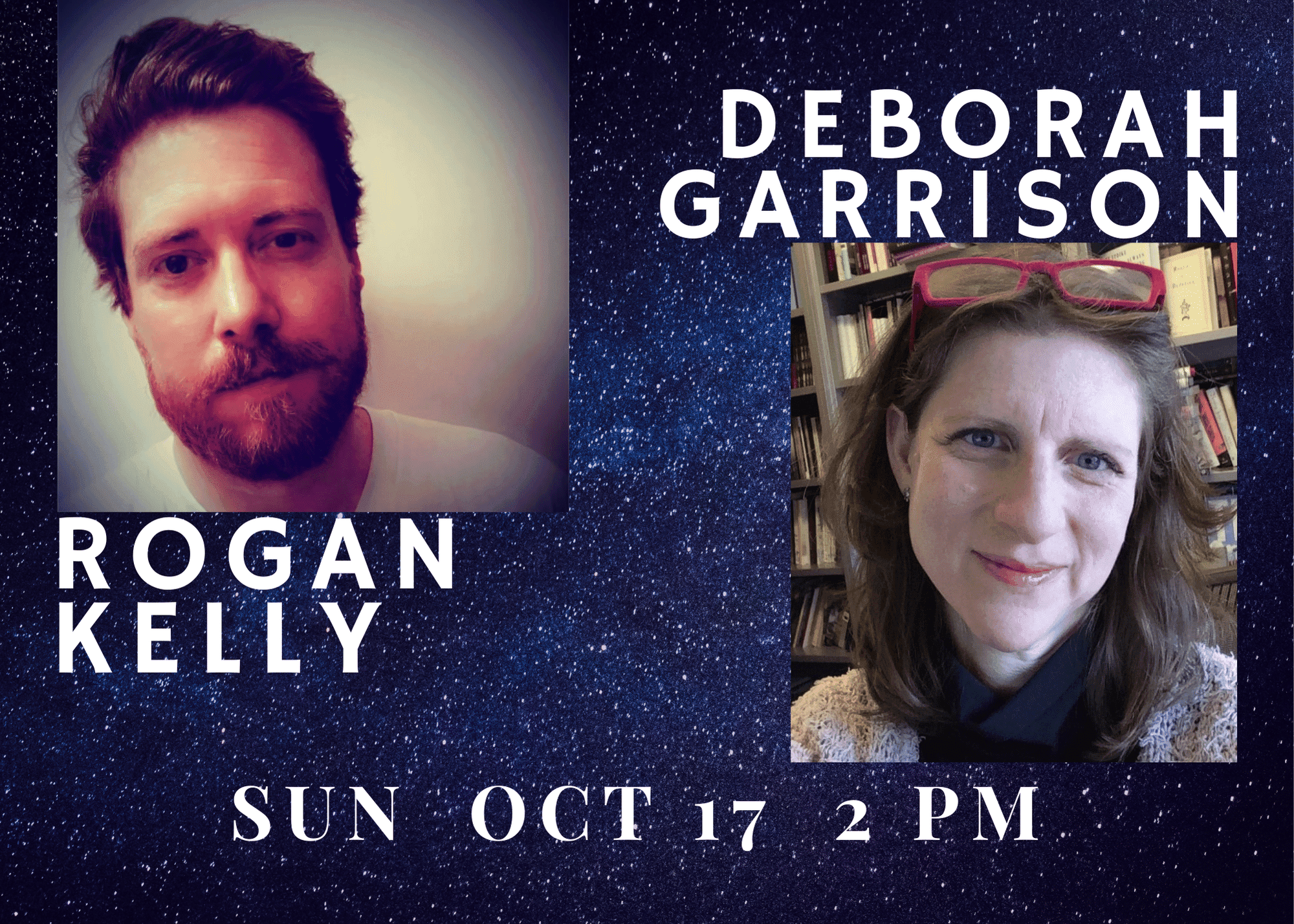 Watershed Literary Events, a spoken-word series sponsored by the Department of Cultural Affairs in South Orange, will host its third virtual reading of the year on Sunday, October 17, at 2 pm.

The reading will feature two editors who are also poets—Deborah Garrison and Rogan Kelly. The event is free and open to the public and can be accessed through this Zoom link:   https://us02web.zoom.us/j/89203338754

Deborah Garrison, a Montclair resident, is the author of the collections A Working Girl Can’t Win and Other Poems and The Second Child. She is an editor of fiction, biography, and poetry at Pantheon Books and Alfred A. Knopf. Her poetry and criticism have appeared in The Yale Review, Poets & Writers, The New York Times Book Review, The New Yorker, and other journals. In an interview with Bill Moyers, Garrison once described writing poetry as “trying to find a way to understand and describe the world that lifts you a little bit out of it, instead of just being in it and being lost.”

Morristown resident Rogan Kelly is the author of Demolition in the Tropics (Seven Kitchens Press, 2019). His work has appeared, or is forthcoming, in New Orleans Review, The Penn Review, Plume, RHINO, and elsewhere. Intrigued by hybrid art, Kelly is the founder of several online journals. He compares his journal The Night Heron Barks to one long poem, noting that one poem “bleeds into the next,” a format rooted in his early love of the mix tape. His newest venture, Ran Off with the Star Bassoon, is a journal of hybrid, short-form prose and prose poems.

Watershed hosts four readings a year, featuring both established and emerging writers with a connection to New Jersey. For updated information, check back with the South Orange Village website, or contact Celina Herrero at cherrero@southorange.org.