The Able Baker, a favorite bakery in Maplewood Village, will reopen its doors on Friday morning to unveil its expanded, new space. 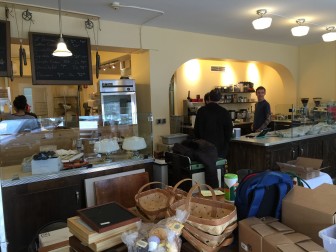 Workers were putting the finishing touches on the bakery late Thursday afternoon, as the bakers were busy as bees chopping apples, making pies and icing cookies in the kitchen. The bakery has been closed this week, but otherwise all the construction took place while the original space remained open for business.

What’s new? The space is nearly doubled in size, allowing for a comfortable separation between the seating area (in the original space) and the large, new counter where customers order their scones, cookies, coffee and more. The kitchen prep area is still in the back, and now has a spiffy and spacious new walk-in refrigerator and a second freezer. There is also a second basement for expanded storage.

“There’s not going to be that much more seating, but there will be more visual space,” said Thomas Pauly, who with wife Julie opened the bakery in 2011. (Spoiler alert: a large wooden bench was spotted, though Pauly was a bit cagey on whether there would eventually be tables placed in front of it). 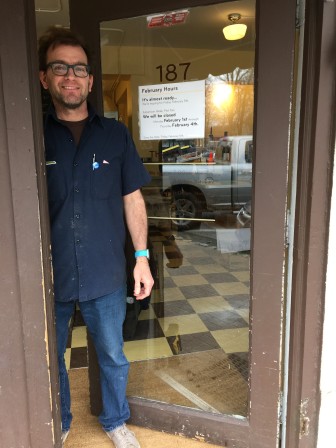 Thomas Pauly of The Able Baker

Although it looked like a whirlwind of activity on Thursday, Pauly assured a visitor the bakery would open its doors as usual on Friday morning.