Bennett: In Field of Qualified Candidates, Mazzocchi’s Experience Stands Out 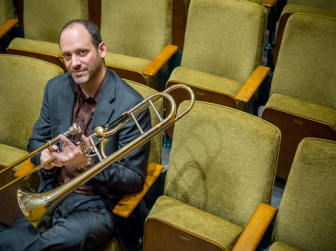 This Board of Ed election has five candidates who are committed to South Orange-Maplewood and knowledgeable of education and our own particular school system.

Yet, amongst this strong field I am pleased to endorse Anthony Mazzocchi for the Board of Ed.

Most letters of endorsement are based on the candidate’s experience and Anthony Mazzocchi certainly has this. As a graduate of our school system, teacher and administrator in our school system, and parent of children in our school, there’s no candidate for the Board this year who has seen the South Orange-Maplewood School District from more angles. Anthony’s experience as an administrator is particularly valuable because he understands better than anyone else what causes the gap success between the vision we have for something and its actual implementation. Had Mazzocchi been on the board several years ago I believe Anthony would have stopped the crazily convoluted middle school schedule that we ultimately had to abandon after only one year and been ahead of the rest of the Board on listening to middle school teachers who told us that the International Baccalaureate was not helping our middle schools.

And yet, I also believe there are policy reasons to support Anthony. I believe that Anthony as a Board member would pursue a balanced agenda of increasing opportunity for students at all levels. For years, the South Orange-Maplewood Board of Education and Administration have been passionately committed to raising achievement for students who are not doing well, with policies to help students in the middle or at the top being relegated to afterthoughts; hence the elimination of honors courses in subjects other than math prior to high school and our extremely inadequate Gifted & Talented offerings.

South Orange-Maplewood’s property taxes are among the very highest in the United States and are high even compared to the relatively high burdens that exist all over New Jersey. Whereas the average New Jerseyan would pay taxes equal to 2.33% of property value, we in South Orange-Maplewood pay 3.2% – putting us in the top 100 for rate.

Anthony understands what a hardship this tax rate is for thousands of SOMA families and yet also understands that 2.0% tax increases are not sustainable for the school system.  I think this desire to keep tax increases low, but some flexibility on the rate, is where we want to be.  Anthony will also fight for fair state aid reform conditioned on aid relative to uncapped aid and oppose misguided, unfair plans to redistribute state aid conditioned on spending relative to Adequacy (in which case districts like South Orange-Maplewood would be punished for accepting high taxes).

I hope this Tuesday you will join me in supporting Anthony Mazzocchi.