The Village Green May 26, 2022
0 FacebookTwitterPinterestEmail

Shirley Ehrich, a proud Maplewood resident for more than 60 years, died May 17 less than a month after celebrating her 100th birthday on April 24 with family.

Despite reaching the century mark, Shirley rarely exercised or drank water through the decades (coffee had long been her beverage of choice), and was known for her sparkling wit and good-natured grudge-holding — qualities that dimmed only slightly in her final years.

“Gram could always be counted on to speak her mind, which could be both hilarious and intimidating,” said her granddaughter, Kathy Ehrich Dowd, who lives in Maplewood with her husband and two children. “In later years she almost became like an insult comic — delivering biting truths with no filter and a lot of wisdom.”

Shirley was born in Newark on April 24, 1922, to Jewish parents who had only recently immigrated from Poland. She met her husband, Melvin, on a blind date and the pair married in Texas after he was initially stationed at an Army base there during World War II.

The couple settled in Newark after the war but moved to Maplewood in 1953 after the birth of their second child because it was on the bus line for Shirley’s mother, who did not drive. The couple bought a house on Broadview Avenue up the street from the Maplewood Country Club, which at the time did not allow Jewish members. She remained in the house for nearly 60 years, when she moved to an apartment in Livingston.

Shirley, who was born less than two years after women were first allowed to vote, was a dutiful 1950s wife and mother, but took great pride in her “brains.” She was always annoyed that her parents only had enough money to send one child to college and decided it was more practical to send her brother. But Shirley managed to use her smarts once her kids went off the school at Tuscan Elementary — taking a job as a bookkeeper at Dave’s Liquors in Millburn while running home each day to feed the kids lunch. 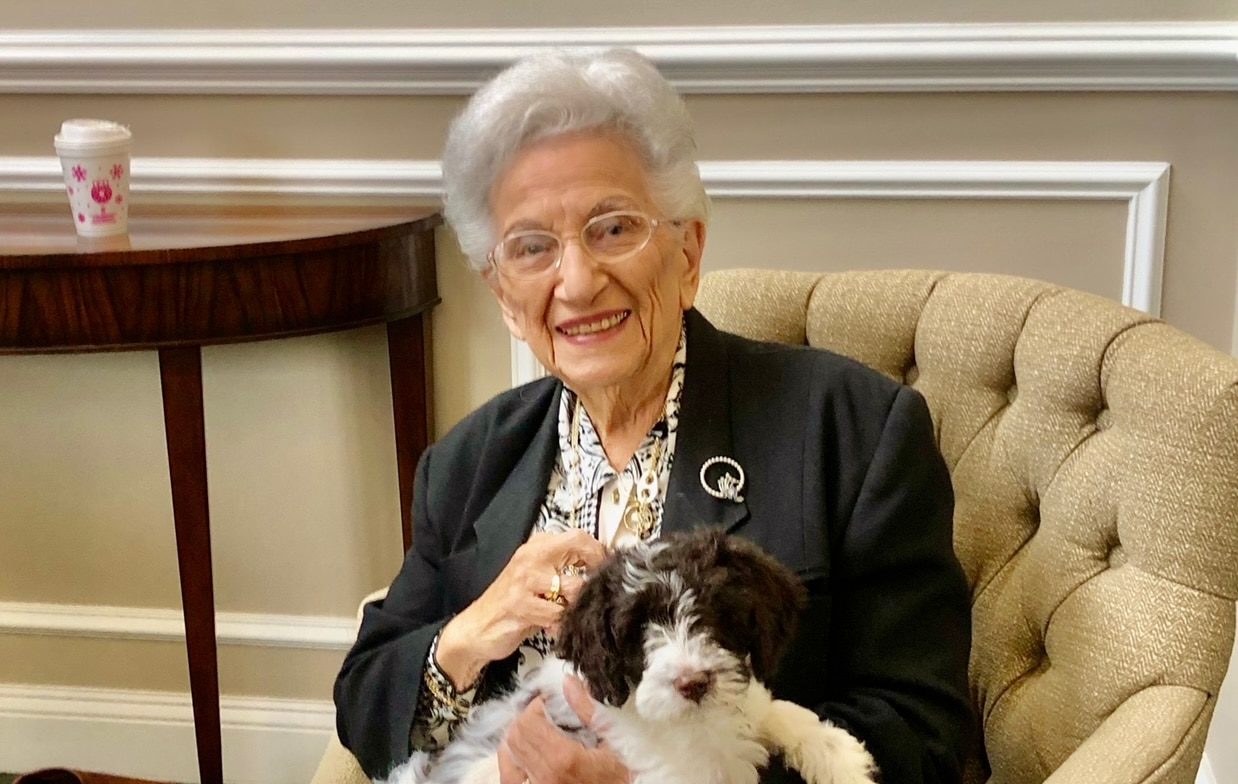 After her husband’s death in 1997, she became a dedicated volunteer for the Seniors Helping Seniors program at St. Barnabas, brightening the days of both patients and staff. She was also a member of Congregation B’Nai Israel in Millburn for more than 60 years and a dedicated patron of the Maplewood Public Library.

She leaves behind her son Bill Ehrich and his wife, Patricia Ehrich, of Monroe, NY; daughter Randi Feno and her husband, Joseph Feno, in the Poconos. Grandchildren Kathy Ehrich Dowd and her husband, Mark Dowd, of Maplewood, NJ; Joey Feno of Arlington, VA.; Peter Feno of Wilkes Barre, PA; and great-grandchildren Jack and Maggie Dowd of Maplewood, NJ.