From the Essex County Prosecutor’s Officer:

Newark — Acting Essex County Prosecutor Theodore N. Stephens, II, announces that Jashyah Moore, 14, has been safely located in New York City. Jashyah is currently safe and is being provided all appropriate services. She will be returned to NJ shortly. No additional information is available at this time.

{Editor’s note: The East Orange teen has been missing since October 14 after visiting a deli near her home that morning.]

Newark — Acting Essex County Prosecutor Theodore N. Stephens, II, and East Orange Police Chief Phyllis Bindi have announced that authorities have charged Jamie A. Moore, age 39, of East Orange, Nj with two counts of second degree Endangering the Welfare of a Child. The Endangering charges include allegations of physical abuse and also neglect. Moore was arrested earlier today by detectives from the Essex County Prosecutor’s Office Special Victims Unit and the East Orange Police Department. She will be lodged in the Essex County Correctional Facility pending an appearance in the Essex County Central Judicial Processing (CJP) Court. The defendant’s fourteen year old daughter and three year old son have been removed from her custody by the NJ Division of Child Protection and Permanency (DCPP). 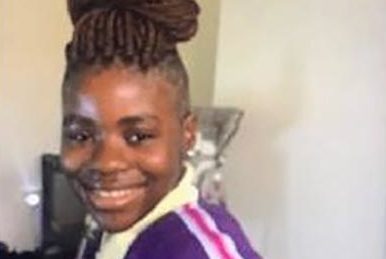 Maplewood Mayor ‘Calls Out’ Board of Education on...

‘Shouldn’t This Issue Be Talked About?’ Parents Ask...