Click here for the original article, written by Patrick Wall.

The day when Newark students will return to school keeps getting pushed further into the future.

The district has made clear all along that reopening classrooms hinges on the trajectory of the pandemic, which is why a recent rise in coronavirus cases appears to have doomed Newark’s plan to restart in-person learning next month.

Yet the final decision was made with little transparency or public input. The district has not provided a full explanation of the latest months-long delay, and it began surveying staff and families about their reopening preferences only after announcing Monday evening that school buildings will stay closed through January.

Whatever factors led to the decision, it will have an immediate impact on working parents who must juggle working from home and monitoring their children’s online learning, find child care or leave their jobs altogether. And it could have far-reaching consequences for the district’s more than 30,000 students, who will have spent nearly a year away from classrooms. Experts warn that some students’ academic growth, mental health and social development will suffer the longer they are out of school.

Yoalice Vazquez is keenly aware of the tradeoff between keeping students safe and forfeiting the benefits of in-person learning.

Even before the district’s decision, Vazquez was planning to keep her three young children home this fall because she feared for their health in school. Yet she is convinced her children — especially her two boys, second and third graders who have autism — are losing ground the longer they are out of school. The used laptops the district loaned the family frequently malfunction, and her boys struggle to focus during online lessons.

“It doesn’t matter how much I try to help, it isn’t going to match being in school,” she said. “I think their education is truly being sacrificed.”

New Jersey Gov. Phil Murphy has urged districts to reopen schools this fall, arguing that students miss out on critical services and interactions when they learn remotely. About 500 districts heeded his advice and began the year with some in-person instruction, with relatively few coronavirus outbreaks.

Newark was one of roughly 240 districts that opened remotely with plans to resume in-person learning later on.

Newark had been hit hard by the pandemic, and though new cases had ebbed over the summer, both the mayor and the local teachers union raised alarms about reopening classrooms. Yet in a survey this summer, only 12,000 students’ families requested fully remote learning, Superintendent Roger León said — suggesting that about two-thirds of students’ families wanted some in-person learning.

Though the district chose to start all-virtually, León insisted schools could safely reopen. He said publicly that “classrooms were ready to receive children,” but that delaying in-person learning would allow the district to “build confidence” among families that it was safe to send their children to school.

But the district told the state something different. In a form submitted to the state explaining why it kept classrooms closed, the district said some schools do not have air conditioning or adequate ventilation “to support safe operation during the COVID Pandemic.”

This week, the district decided to push back in-person learning again — from November to Jan. 25.

In a brief letter to families, León’s only explanation for the further delay was “all of the factors and guidance regarding this global pandemic.” School board President Josephine Garcia provided a little more detail in a Facebook post that referred to “a 2nd surge of COVID-19” in New Jersey and nationally. The district did not hold a press conference, issue a press release or schedule a public forum with families to discuss the decision.

Other New Jersey districts that chose to keep their classrooms closed have offered fuller explanations. In a press release, Paterson Public Schools cited virus outbreaks in a few schools in its county and the statewide transmission rate. During a public meeting, a Paterson board member explained that opening schools would bring thousands of teachers who live in other places into the city, which could increase community spread.

In a letter to families, KIPP New Jersey gave a few reasons for keeping its Newark charter schools closed, including the need to “revamp” schools’ ventilation systems. KIPP also scheduled a virtual town hall meeting to answer questions about the decision. (León is scheduled to appear at an online forum hosted by the Alliance for Newark Public Schools on Monday.)

The recent uptick in coronavirus cases statewide and in Newark appears to be one reason the district has extended remote learning. Yet Murphy has said private gatherings — not schools — have driven the increase. And the state has only reported 22 COVID-19 outbreaks in schools among the hundreds of districts offering some in-person classes. Early, and still limited, data from the United States and other countries suggest school reopenings have not been linked to surges in virus cases, which is one reason that many districts that started the year virtually are now starting to open their doors.

Unlike some districts that are reopening, Newark has a relatively high COVID-19 test positivity rate of 7.4%, the mayor said last week. The Centers for Disease Control and Prevention say that level of community spread poses a “moderate risk” of in-school transmission. Yet some Newark schools are starting to bring students back, including North Star Academy, the city’s largest charter school network with about 6,000 students. Neighboring districts, such as South Orange-Maplewood, plan to start part-time classroom learning for some students next month.

Whether Newark is keeping students home because of the uptick in local infections, the need to upgrade school ventilation systems, or both, the decision will reverberate.

Catherine Wilson, president and CEO of the United Way of Greater Newark, called the extended classroom closures “sad” but justified by the rise in cases.

Yet she noted that some parents, already strained financially by the pandemic, will likely have to pay for child care, cut back on work hours or leave their jobs entirely until their children return to school buildings. Meanwhile, children are missing out on critical opportunities for social and emotional development the longer they’re stuck at home.

“It’s not normal and it’s not healthy,” she said.

Tanya Maloney, a teaching and learning professor at Montclair State University, offered a similar view. Some students may thrive academically during remote learning without the usual classroom distractions, she said. But others will learn less at home because of internet or device issues, babysitting or work duties or difficulty with online platforms. It’s also harder for students to form relationships with teachers and peers through computers, she added.

“No one is going to be able to get all that they need this year,” she said. “That is a fact across all schools.”

Newark parents echoed those concerns. The mother of a child who attends Abington Avenue School said she has had to go on unemployment while her son is learning from home.

“There is no way I can return to work if my son is remotely in school,” she wrote to Chalkbeat.

Another parent, whose daughter attends Quitman Street School, said remote learning has been “ineffective” for her eighth grader. Her daughter has found it hard to stay motivated and focused during online classes, the parent said. She also is struggling socially.

“My daughter misses her friends and socializing,” the parent said in a text message. “She is very bored and gets sad. This will set back many kids academically and (it is) a disservice to the taxpayer and the children of Newark.”

Yet for all the challenges of remote learning, some parents still believe the district made the right calling in keeping classrooms closed.

“The kids aren’t happy,” said Kanileah Anderson, whose daughter is in the 10th grade at Central High School. “But the parents are OK with it because it’s safety first.” 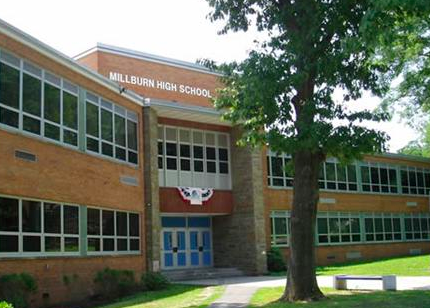 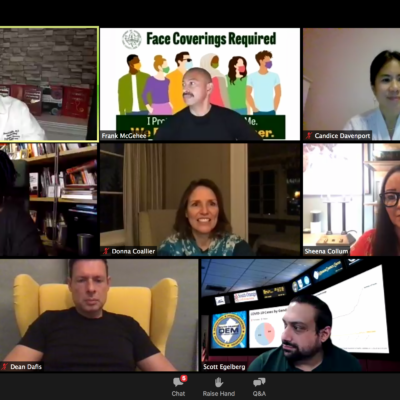